The universe is in a constant state of flux. Objects are moving all the time, and these movements all have causes. But must we assume there was a first mover, a first cause? And if so, is this what we mean by 'God'?
Aristotle, though he did not believe in God as such, developed five inductive, a posteriori arguments which pointed towards a "prime mover". These arguments were later used by St Thomas Aquinas as the basis for his five ways to God, summarised in about a page and a half of his mammoth work the Summa Theologica (First part, a, Question 2, Article 3). The study of this passage of the Summa forms the basis of most Philosophy of Religions specifications today in England, Wales, Northern Ireland, Scotland and Ireland and crops up as part of courses in Philosophy, Critical Thinking, Theory of Knowledge and the Study of Religions all over the world. Puts things in context doesn't it; you spend up to two years focussing on something that takes 5 minutes to read carefully, a fraction of one per cent of even one book written by one scholar.

According to Aquinas, the existence of God can be proved in five ways: 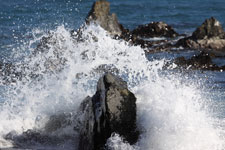 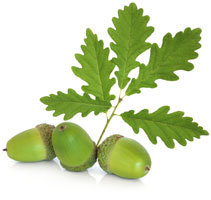 The third way is taken from possibility and necessity, and runs thus. We find in nature things that are possible to be and not to be, since they are found to be generated, and to corrupt, and consequently, they are possible to be and not to be. But it is impossible for these always to exist, for that which is possible not to be at some time is not. Therefore, if everything is possible not to be, then at one time there could have been nothing in existence. Now if this were true, even now there would be nothing in existence, because that which does not exist only begins to exist by something already existing. Therefore, if at one time nothing was in existence, it would have been impossible for anything to have begun to exist; and thus even now nothing would be in existence - which is absurd. Therefore, not all beings are merely possible, but there must exist something the existence of which is necessary. But every necessary thing either has its necessity caused by another, or not. Now it is impossible to go on to infinity in necessary things which have their necessity caused by another, as has been already proved in regard to efficient causes. Therefore we cannot but postulate the existence of some being having of itself its own necessity, and not receiving it from another, but rather causing in others their necessity. This all men speak of as God.

In the first three of the five ways to God Aquinas, drawing on Aristotle, observes order in the universe (the word for order in Greek is Kosmos) and draws a logical conclusion about why that order exists. All cosmological arguments work in this way; they observe order, a principle or law in the universe and then conclude that there must be an explanation for this which is, as Aquinas puts it, what "all men speak of as God". Cosmological arguments may therefore be described as inductive, a posteriori and strong and like all such arguments, the best ways of refuting them is either to demonstrate that the order, law or principle is not present in the universe or to dispute that its cause is what "we call God".
Click through for Aquinas' fourth and fifth ways of proving the existence of God.
The first way

Aquinas notes the fact that things move. He defined motion as "the reduction of something from potentiality to actuality"; motion is a change of state, not just obvious changes of objects in space. Clearly such changes do not happen spontaneously (think of Newton in physics). When they move have been moved by something else, and in turn move other things. Things don't just move without being moved, nor can they move without moving anything else (even if it is just air!) However, there cannot be an infinite regress of movers and movements; there must have been a first mover, a "prime mover" and this, concludes Aquinas, is "what all men speak of as God". 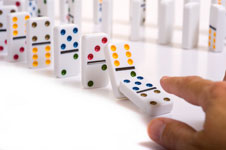 Aquinas also notes that all things have efficient causes, they don't just arise spontaneously but are caused and enabled to be the way they are by other things. Consider your own self; you are caused and enabled to be reading this today by your parents and secondarily by grandparents etc. Nothing can exist without at least one cause but there cannot be an infinite regress of causes. If nothing started the chain of causes and effects, we could not be here. There must be a first cause and this is "what everybody calls God." Gottfried Leibniz put forward another version of this argument, which hinged on his "principle of sufficient reason" in Theodicy (1710):

Suppose the book of the elements of geometry to have been eternal. One copy having been written down from an earlier one. It is evident that even though a reason can be given for the present book out of the past one, we should never come to a full reason. What is true of the books is also true of the states of the world. If you suppose the world eternal, you will suppose nothing but a succession of states, and will not find within them a sufficient reason.

Critics from David Hume in Dialogues concerning natural religion (1776) onwards have asked whether there is any need to presume a first cause - could not the series go on into infinity. Further, they have asked whether the whole has to share the characteristics of the parts. If each part of the universe is caused it doesn't mean that the universe as a whole isn't uncaused. In 1948 Bertrand Russell (the atheist analytic philosopher), in a famous radio-debate with Frederick Copleston SJ, a Jesuit Christian philosopher, said "Every man has a mother: and it seems to me that your argument is that therefore the human race has a mother, but obviously the human race hasn't a mother - that's a different logical sphere." However, as Copleston remarked, "You see, I don't believe in the infinity of a series of events (I mean a horizontal series so to speak) if such an infinity could be proved. If you add up chocolates, you get chocolates after all and not a sheep. If you add up chocolates to infinity, you presumably get an infinite number of chocolates. So if you add up contingent beings to infinity, you still get contingent beings, not a necessary being. An infinite series of contingent beings will be, to my way of thinking, as unable to cause itself as one contingent being.

Is much more interesting. Rather than conceiving of the universe as a linear series of movements and causes, Aquinas now looks at it as a web of things, each contingent on other things. Everything has the potential to be or not to be - everything seems to be contingent. Yet, if everything really did depend on other things, given infinite time and space, everything's potential not to be would be actualised simultaneously at some point. In this situation the universe would cease to be; nothing can come from nothing. Therefore in this case we must suppose the existence of something which is not contingent, whose existence depends on nothing outside itself, which cannot not exist, which could cause other contingent things to be actualised again. This is what everybody calls God. As Richard Swinburne concluded "It is extraordinary that there should exist anything at all. Surely the most natural state of affairs is simply nothing. But there is something. And so many things. Maybe chance could have thrown up the odd electron. But so many particles? Not everything will have an explanation. But the whole process of science and all other intellectual enquiry demands that we postulate the smallest number of brute facts. If we can explain the many bits of the universe by one simple being which keeps them in existence, we should do so, even if inevitably we cannot explain the existence of that simple being."

Click through for Aquinas' fourth and fifth ways of proving the existence of God.