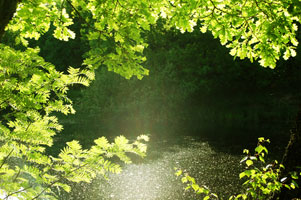 Dawkins and other scientists have more difficulty with more subtle versions of the design argument, however. Evolution has always struggled to provide a complete and timely explanation for some features of our universe, not least beauty, love, the extent of human reason and some aspects of morality. The Anthropic Principle is one version of the teleological argument which deserves consideration. FR Tennant (1866-1957) wrote “The fitness of the world to be the home of living beings depends on certain primary conditions – astronomical, thermal, chemical and so on, and the coincidence of the qualities apparently not causally connected together. The unique assembly of properties on so vast a scale makes the organic world comparable to a single organism … the world is compatible with a single throw of the dice and common sense is not foolish in suspecting the dice to have been loaded.”

Tennant also pointed to the existence of beauty as evidence for there being something more than blind chance and brute evolution at work in the universe. This is known as the aesthetic principle. “Nature is not just beautiful in places; it is saturated with beauty – on the telescopic and the microscopic scale. Our scientific knowledge brings us no nearer to understanding the beauty of music. From an intelligibility point of view, beauty seems to be superfluous and to have little survival value.”

The argument from desire is an interesting argument for God, which moves from human experience to the conclusion that God best explains it. CS Lewis found the argument convincing, and it played an important part in his becoming a Christian.

i. All innate human desires have objects that exist.
ii. There is a desire for "we know not what" whose object cannot be identified.
iii. If the object of this desire does not exist in this world, it must exist in another.
The argument from desire recalls in some respects the ontological argument and in others the fourth way of St Thomas Aquinas.
This last is not an argument which is often considered today, but it may be worthy of your thought.

The fourth way is taken from the gradation to be found in things. Among beings there are some more and some less good, true, noble and the like. But "more" and "less" are predicated of different things, according as they resemble in their different ways something which is the maximum, as a thing is said to be hotter according as it more nearly resembles that which is hottest; so that there is something which is truest, something best, something noblest and, consequently, something which is uttermost being; for those things that are greatest in truth are greatest in being, as it is written in Metaph. ii. Now the maximum in any genus is the cause of all in that genus; as fire, which is the maximum heat, is the cause of all hot things. Therefore there must also be something which is to all beings the cause of their being, goodness, and every other perfection; and this we call God. This argument sees the existence of judgement and the very categories against which we judge things as evidence for the reality of God as the Good, the ultimate form against which all things are appraised. 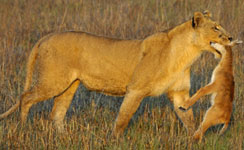 Other arguments which are broadly connected with the design argument include Kant’s so-called "Moral Argument", a version of which was also put forward by CS Lewis. This does not attempt to prove God, but suggests that his existence is a sensible postulate to explain the existence of order and a universal, rational moral law which commands all human beings.

Of course the most significant criticism of all design arguments is the existence of evil and horrendous suffering in the world. This subverts the observation of order, purpose, efficiency, beauty etc. and often seems to make the conclusion of a loving designer God apparently ridiculous.