Since the rise of humanism, and particularly since the eighteenth century, the accepted wisdom of the European Enlightenment has seen religion in opposition to scientific and subsequent technological and social advancements. The Church has been caricatured as institutionally ignorant, like Pilate washing its hands of the quest for truth (Matthew 27:22-24) and seeking instead a unity which it uses to sustain the status quo and stifle social mobility.

Without a doubt, this view has little foundation and less use in today's world. Books such as God's Philosophers by James Hannam (2009) show the lie in the assumption that science started in the seventeenth century, and explain why such an assumption was encouraged. 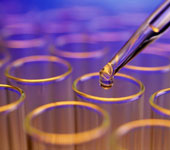 It is important to acknowledge the continual process of scientific development made by natural philosophers working from within established religions, whether Christian, Jewish, Muslim or Hindu. It is also important to note the imperative to study creation that has been provided by religious faith, an imperative that has driven a wider group of scientists on. Nevertheless, there are many celebrity atheists who still promote the story of schism, often for the ends of promoting secular humanism as an alternative to other religions.

AC Grayling recently wrote his own version of the Bible (The Good Book: A Secular Bible, 2011) editing out all mention of God; Richard Dawkins has proposed founding a humanist ethic on broad observations about society. Clearly most scientists agree that religion often serves a useful function; they just cannot accept the foundations for its authority nor the sort of unquestioning faith that some manifestations of religion appear to encourage or even to require.

From moral argument to myth

The relationship between faith and reason is not clear; there is a fuller exploration of this theme as part of the Philosophy section of this site. Nevertheless, it is probably fair to say that most religious people find the scientific approach to truth limited and limiting; they resist the tendency to see all of life in terms of what can be verified, even what can be falsified. Perhaps in response to being continually cast as the enemy of science, religion has in the twenty-first century shifted more towards spirituality, the domain of myth, metaphor and meditation, and away from technical debates in metaphysics and moral philosophy. In stressing the shortcomings of a scientific worldview, religion has become more and more alien to science. In some ways the myth of a schism between science and religion has created such a schism.

Nevertheless, as Hegel suggested, often when opposing worldviews develop, the next step is for a synthesis to emerge. Since the 1960s, science's understanding of itself has matured and has begun to be reflective and to appreciate that it is not the objective, incorruptible force for good that it aspires to be. Philosopher of science Thomas Kuhn and his heirs concluded that a pack-mentality, the desire for unity and consensus, and a thirst for fame all affect science and slow its progress. Following Kuhn (and nineteenth-century forerunners such as Feuerbach) Swiss theologian Hans Küng attempted to analyse the development of religion and showed that it can be seen in similar terms, suggesting that both science and religion are human systems for approaching truth and, as such, depend on people and are affected by human fallibility to a large extent.

Critical realism was developed within the philosophy of science in response to the realisation that language is an imperfect tool. It has since been applied to theology and offers a useful way forward: a way of understanding the role of language in shaping as well as conveying meaning. Most importantly however, critical realism demonstrates that science and theology have a great deal in common, not least a difficulty with communicating about matters of great important that are necessarily beyond experience.

A more detailed examination of this difficulty may be found here.

Conflict over the application of scientific discovery

If the historical and philosophical differences between science and religion are not as significant as they are often portrayed, in practice religions often come into conflict with some scientists over the application of their research. "Knowledge is power" and "power tends to corrupt", as the sayings go. There is a short step between discovering how to split an atom in theory and that knowledge being used to destroy Hiroshima; this is brought to life by Michael Frayn's wonderful play 'Copenhagen'. Are scientists able or willing to think beyond the lab and make ethical, even moral, decisions about the application of research? Especially since Hiroshima, scientists have agonised over the application of their discoveries, and of course many breakthroughs made in wartime have been used for good in peace time, however as technology progresses so ethical arguments become more complex and the time available to resolve them grows ever shorter as the pace of progress picks up.

Religion has a part to play in regulating science, both because it has a long-developed expertise in moral philosophy and jurisprudence and because it continues to represent the beliefs and desires of the majority of people. Naturally any person or institution which advocates caution in scientific research, which requires delays in application, which considers the effects on unpopular minorities, possible though unlikely consequences, precedents and principles will be resented and will be open to harsh criticism. However this should not and must not have any bearing on due process.