Talking of God: much thinking about the nature of God rests on our ideas about the adequacy of language and its ability to describe reality. Words have meaning because they apply to things we experience. But this is not the only source of meaning. Scientific language and language about God have some surprising similarities

"Nothing is more free than the imagination of man; and though it cannot exceed that original stock of ideas furnished by the internal and external senses, it has unlimited power of mixing, compounding, separating, and dividing these ideas, in all the varieties of fiction and vision." David Hume

The limits of language

There has always been a sense in which, although words have given flight to our understanding and have enabled us to master our world, they also constrain us. Language is our means not only of describing reality but of interpreting it. It may be fair to say that human beings would wish language to be a neutral form of communication, but experience suggests that it is anything but. Nevertheless, it is our only substantial means of communication and thus it is left to philosophers to draw attention to the influence that language may be having on the meaning we seek to convey. Some philosophers have seen this as the only true role of philosophy.

In his 1936 work Language, Truth and Logic AJ Ayer argued that philosophy should no longer be seen as a metaphysical concern, nor as an attempt to provide speculative truths about the nature of ultimate reality. Instead, he saw it as an activity of defining and clarifying the logical relationships between empirical propositions. If this is the role of philosophy, then studying the philosophy of religion would seem to be redundant. Not much can be discovered about God through the senses, through touch, taste, smell, hearing or sight. It follows that without meaningful propositions, the job of clarifying the logical relationships between them would not take long. But not all philosophers share Ayer's view on the role of philosophy or on the nature of language.

Can I mean what I say about God?

While philosophers of religion love words, it is their business to analyse what those words mean and it is particularly difficult to do this when they refer to God. Words represent concepts. Traditionally the bond between the word and its concept was held to be solid and static. Just as Kanzi the bonobo makes a specific noise every time a banana is in sight and this is grounds for the noise meaning banana, human words are held to mean particular things in a definite way. It is easy to establish what the meaning of a word is when the object it refers to is in plain view, but much more difficult when it represents an abstract concept that cannot be experienced but only defined in terms of other words. The philosopher GE Moore (1873-1958, pictured left) put his finger on this difficulty. How can we express what a concept such as "goodness" is without simply listing examples of things we believe to be good? Even concepts such as "yellow" are difficult to define. If we just list apparently yellow things we still cannot be sure that the definition is accurate – what if I am colourblind? Nevertheless, at least with yellowness, my meaning refers to a sense experience which most people share.

Empiricist philosophers accept that sense experience is the best source of knowledge and the point of reference when we try to establish meaning in language. For logical positivists such as Moritz Schlick (1882-1936) or AJ Ayer meaning can either be analytic, in other words one word can be shown to mean the same as another and a statement can be demonstrated to be a tautology (for example "unmarried men are bachelors" or 2+2=4). Or meaning can be synthetic and refer to a sense-experience (for example "the ball appears to be red"). Analytic statements do not extend the sum of human knowledge and synthetic statements can only relate to a limited range of conversational topics. Nevertheless empiricists are satisfied to reject all other statements as meaningless, or simply expressions of approval or disapproval, including all discussion of morality, beauty and, of course, religion.

Yet despite the fact that statements of value or faith cannot be verified in this life (and the fact that doubters suggest that for many people values and beliefs are not falsifiable either) it is clear that talk about right, wrong, beauty, metaphysical truth and God is very meaningful to most people. That is not to say that philosophers who make it their life's work to explore truth about morality, aesthetics, metaphysics and theology do not accept the difficulty of communicating about things which cannot be experienced directly.

How can the human mind, let alone limited words, grasp the concept of God? In front of the burning bush Moses was told "I am what I am". Can any one of us go further in trying to describe the 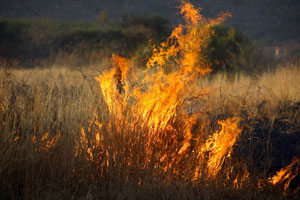 creator and sustainer of the universe? Jewish thinkers, taking their cue from Exodus, have resisted defining or describing God beyond what he reveals about Himself through the scriptures. The great medieval Jewish scholar of Cordoba, Moses Maimonaides (1135-1204), argued that nothing positive can be ascribed to God but we can, as philosophers, use logic to say what God clearly is not. This approach is known as the via negativa or "apophatic way" and had been adopted for centuries before Maimonaides in an attempt to avoid the anthropomorphism and over-literalism that using positive language about God can encourage. In the Christian West, a similar via negativa was being trodden by theologians such as Gilbert of Poitiers and Alan of Lille in the twelfth century. Commenting on the writings of St Augustine and Boethius they concluded that is God is wholly simple, he is totally other and using any positive terms to describe his nature or attributes would be folly.

Aristotle: knowledge based on experience

Maimonaides and his contemporary, the Muslim scholar Ibn Rushd, worked to explore the implications of the writings of Aristotle, which had been preserved in Arabic translation in the libraries of the East when they were destroyed and lost to the West at the collapse of Roman civilisation. Aristotle taught that knowledge is based on experience, concepts result from the "filing" of experiences and language refers to these concepts. Words are simply auditory signs, in language each sound signifies a specific concept, and all people who have the same experiences end up with the same concepts. 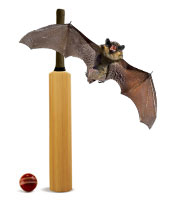 When applied to the question of meaning in religious language, Aristotle's philosophy could lead to two different conclusions. Either we can say and know little about God because most of us have no direct experience of Him with which to develop our concept; as Aristotle taught that knowledge is based on experience, concepts result from the "filing" of experiences and language refers to these concepts. Some words refer just to one "file" or concept and are univocal – their meaning is clear, cannot be used in different senses or confused. Other words refer to a number of different files or concepts – their meaning is thus obscure and can easily be confused.