The Tablet's Student Zone is a resource for sixth-form and undergraduate students of Religious Studies and related subjects around the world, for their teachers, and for anyone else who would like to find out more about the "big questions" of life.

This page is an events page listing upcoming events of interest in Catholic educational institutions in the UK, such as events at higher education institutions and open days at Catholic schools and colleges.

If you have an event you would like to be listed here, please email [email protected].

Book launch: The Keys and the Kingdom: The British and the Papacy from John Paul II to Francis 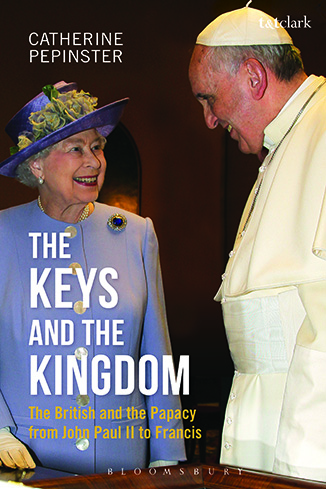 The Keys and the Kingdom: The British and the Papacy from John Paul II to Francis

Guests are invited to a complementary drinks reception where there will be opportunities to purchase a copy of the book from 6pm.

The Keys and The Kingdom charts the relationship between the British and the papacy in the modern era, uncovering the influence of the papacy in British politics and the development of diplomatic ties between the UK and the Holy See. She investigates the recent history where the Catholic Church has touched home politics and foreign policy, including the sometimes ambiguous role the Church has played in the Irish peace process and Scottish nationalism, and also considers how the relationship between Britain and Rome might change in a post-Brexit age.

Catherine Pepinster is a journalist, author and broadcaster specializing in religious affairs. She was editor of The Tablet for 13 years and before that worked for the Independent and Independent on Sunday, rising to executive editor. She appears regularly on BBC Radio 4’s slot Thought for the Day. She is also a research consultant for St George’s House, Windsor and the UK Development Officer for the Anglican Centre in Rome.