Form criticism is most associated with the work of German scholars Martin Dibelius (1883-1947) and Rudolf Bultmann (1884-1976), though it was developed by Herman Gunkel and first applied to the Hebrew Bible. Form critics isolate each unit of text or 'pericope' and try to reconstruct from its form its Sitz im Leben (its origin, literally its "setting in life").

Stephen Travis in New Testament Interpretation: Essays on Principles and Methods (ed I Howard Marshall, 1977) states that "Form criticism of the New Testament has two aims; to classify the various New Testament books according to their literary genre (Gattungsgeschichte in German), and to analyse the smaller units of traditional material (pericope) according to the "form" or "shape" they have assumed during the oral, pre-literary period. The form or genre of a text influences how we interpret it. We are not likely to mistake a story that begins "Once upon a time" for an historical account, nor a one that begins "There was an Englishman, an Irishman and a Scotsman" for a piece of anthropological wisdom. But when we are not familiar with the tell-tale signs of a particular genre, research is needed to discover what the typical signs of common forms were when the text was written. The form critic looks at texts in the Bible and finds parallels for them, showing what form or genre they have and how they were originally intended to be understood.

Forms within books of the Bible 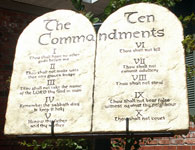 The Bible is a complex collection of books, and most books contain more than one type of text. For example, the book of Jonah contains a section which reads like a psalm in the middle and the book of Exodus contains lists of laws in the middle of the story of Moses leading the people out of Egypt. The form critic highlights the different genres in each book and might use this information to aid a more accurate reading of the text and to cast light on the process, date and purpose of its construction.

Dibelius suggested that there are at least five forms of text in the gospels: paradigms, tales, myths, legends and exhortations. Clearly, identifying whether a unit of text takes the form of a paradigm or a myth will help to interpret it. The paradigm would be a relatively authentic story, giving the setting for an authoritative statement of Jesus and apparently using his ipsissima verba or "true words", such as Mark 3:31-35, when Jesus' family comes looking for him. A myth however would be a story that has been made up to explore a truth, rather than tell it directly, for example Matthew 4:1-11, the story of Jesus' temptations.

Form criticism relies on our understanding of Jewish oral tradition, particularly as it existed prior to the destruction of the Jewish kingdom in 70AD. Stories were told and retold and the teller frequently added interpretation (or Hebrew midrash) to the original bones of the story. Written records of stories tended to be sparse, just a basis for a storyteller to work with, until the dispersal of the community provided an incentive for the full accounts of one teller or another to be recorded for posterity and/or to enable a less skilled person to re-tell stories for small far-flung groups. The original texts of the Jewish scriptures were written in a Hebrew script that recorded only consonants; the text expected trained people to use it as a reminder of what they had memorised previously. Much later (around the ninth century AD) scribes produced a full version of the Scriptures (known as the Masoretic text) complete with consonants and guides to pronunciation, suggesting that there was by then a need for written records to guarantee what oral tradition could no longer safeguard. Form critics see that the process of compiling the Gospels out of oral traditions about Jesus prefigured this change in the Hebrew scriptures.

Form critics try to identify which bits of text are likely to be original - the ipsissima verba or ipsissima vox ("the true words" or "in the true voice of") – and which are later additions. They also use the form and references in the later additions to work out when they were added and by what sort of person. Stephen Travis wrote: "Form critics recognise certain forms or categories in the gospel tradition ... and insist that these distinctive forms are no creation of accident or free invention, but are determined by the setting in which they arose and the purpose for which they were used. The technical term for this setting is Sitz im Leben ("setting in life"). 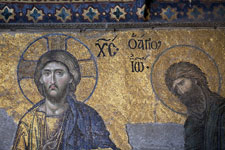 For example, Mark's Gospel contains many instances of sentences and related short stories being joined by "and then" (Greek, kai). This is typical of a rabbinic style of storytelling known as "pearl-stringing", whereby examples were simply listed to make a point. Some form critics have suggested that the original sentences and stories were re-told by one or more people with rabbinic training before Mark added the collection(s) to his Gospel. Another classic example is the first chapter of John's Gospel. The first 18 verses of the gospel differ from the rest of the gospel in several ways, not least the apparent form or genre of the text, which appears to be a poem or hymn. Given this, form critics have suggested that the Prologue was at one time a separate piece of work, which was added to John's Gospel by somebody who wanted to emphasise Jesus' divinity and the significance of John the Baptist, both as a prophet in his own right and in establishing Jesus' identity.

Redaction criticism, which grew out of form criticism, studies "the collection, arrangement, editing and modification of sources" by comparing various manuscripts and considering the theological significance of tiny differences between the texts, by identifying important themes or motifs or the literary style and vocabulary which come through in key passages. Redaction critics try to reconstruct the process of redaction or editing that the text has gone through and then try to reconstruct the historical and theological context of each set of changes. The redaction critic looks at the text as a whole and how the editor has shaped it, rather than dividing the text up into small units or pericope.

The German scholars Hans Conzelmann (1915-89) and Günther Bornkamm (1905-90) are usually credited with the development of modern redaction criticism. Conzelmann focused particularly on Luke's Gospel, whereas Bornkamm opened up the approach to take in the whole of the New Testament, considering how its compilation affected how Jesus was perceived, and how his life and message was understood.

Click here for further information about the study of the Hebrew scriptures (Old Testament).

Click here for further information about the study of the New Testament.