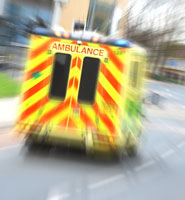 In recent decades there has been a move to simplify natural moral law and to make it more applicable to everyday life. Proportionalists such as Bernard Hoose have suggested that natural moral law is not just lists of absolute "thou shalt not"s but a system of guidelines which individuals must navigate for themselves.

For example, we know that disobeying a parent is wrong, it generally goes against the primary precept of pedagogy, however in some circumstances it may be right to disobey the order ‘don’t run inside’, such as when there has been an accident and an ambulance is needed. It may sometimes be right to do a wrong thing.

Take another example: within natural law it is generally wrong to have an abortion; it goes directly against the primary precept of life for the unborn child and may undermine other primary precepts as well. However, when a woman has an ectopic pregnancy there is no hope that the child will be born. The developing embryo will cause the fallopian tube to rupture, probably killing the woman and at least making her infertile. Lasering the embryo will kill it but will save the mother and allow her to have children in the normal way in the future. Surely it should be for the individual to decide that, given the circumstances, it would be right to do a wrong thing?  However there are those who argue that as the side-effect of the abortion is known and certain, it is wrong to see the principle of double effect as any justification for the operation.

Aquinas argued that people don’t usually choose to do something in the knowledge that it is wrong. Rather, they pursue an apparent good rather than a real good. That is to say that they rationalise their choice so that they think they are doing the right thing, even though they are not. For example, Hitler was persuaded that Jews were not really human beings and were evil, and rationalised the murder of six million people. He thought his actions supported the good of creating a better Germany, one in which more people would be fulfilled more of the time. Unpalatable as it may seem to say it, most Nazis would have been horrified at the suggestion that they were engaged in cold-blooded mass-murder on grounds of irrational prejudice. They believed they were pursuing an apparent good. They were horribly mistaken in their reasoning of course, but there was reasoning.

If you lie, you may well do it to save someone’s feelings, avoid an unnecessarily awkward situation or gain some advantage which you don’t think will really hurt anybody. You are pursuing an apparent good of short-term personal happiness, not the real good of contributing to a better, more truthful world. This is just the point which Immanuel Kant made in the eighteenth century. While he rejected Aristotelian natural law approaches to ethics, seeing them as overly prescriptive in their understanding of human nature and in the very specific and authoritarian guidance they give to individuals, Kant approached ethics in a naturalistic way