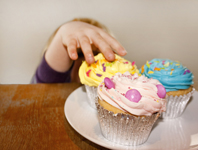 This is the beginning of a problem for Kant. Who among us can claim to have always acted freely? Never to have acted out of habit, fear, thoughtlessness? Who among us can claim to have always acted rationally? Never to have followed baser instincts, to have been selfish, to have preferred friend or family member, to have done something bad on the basis that nobody would ever know, to have done something of which we are ashamed? Obviously, particularly given some behaviour typical even in childhood, nobody can measure up to the standard of goodness that Kant describes, that of a moral character which has always freely chosen what is rational for its own sake, and therefore everybody is imperfect to some extent. This does not seem problematic, it seems true to human experience, so why is it a problem for Kant?

The problem lies in the irrationality of asking people to do, or to try to do, something which we all know that they cannot achieve. Why try to be good when you know that you can’t? It can’t be for the immediate rewards of good actions – because there often aren’t any. Kant’s broader worldview depends on the assumption that things are ordered, predictable, fair. What we experience is how things are and the universe is indeed governed by rational laws as it seems to be. In order to explain why the universe is fair, to suggest why things are ordered and rational and to account for bad things happening to good people, Kant had to suppose the existence of God and an afterlife. Kant could not account for why a good God would reward bad people by allowing them into heaven and yet there could be no other reward for the good actions that bad people do, so why should bad people try to overcome their shortcomings and try to be good? If there is no reason for any of us to make a moral effort, what is the point? The universe is not fair if everybody in it is condemned for not doing something that they cannot do. If the universe is not fair in this, then what reason is there to suppose that it is free in other ways, that what we experience really is how things are and that anything really is predictable?

Kant never satisfactorily extricated his philosophy from this problem of what he called "radical evil" although he (surprisingly for some people) argued for the need for God and particularly Christ, the proof that it is possible to be good (despite all appearances to the contrary) and that the world is indeed ordered and fair as Kant assumes it must be. For Kant, Jesus' example shows that human beings are able to overcome radical evil and fulfil all their potential to be rational and free, enacting the categorical imperative in every moral action and not being influenced by selfish impulses or the fear of pain and death. The effects of Jesus' life show, for Kant, the effects of people choosing the good for its own sake in building a better world, the summum bonum, which Kant uses as a justification for calling on individuals to do good without hope of personal reward. Kant does not focus on the identity of Jesus; it is sufficient that he is fully human and fully good and as such is a sign from God that salvation is possible and things will come right in the end. In Kant's view Jesus existed through the grace of God and believing in him enables us to be good as God wills us to be. Unsurprisingly this was not sufficiently close to orthodox Lutheran doctrine for Kant's bookReligion within the bounds of reason alone (1793) to be acceptable to the church authorities at the time.

However one of Kant’s suggestions went on to inspire philosophers to take his ideas in a new direction. In his essay Towards perpetual peace Kant suggested that the reward for good behaviour would not be for individuals but would come in the effects of improving society, in the satisfaction every one of us would have in knowing that in every promise kept and every truth told we had done our bit in building a better world. A generation of philosophers took this idea and ran with it, developing systems from Mill’s utilitarianism to Marx’s communism – ways of defining and prescribing the good without bringing God into the discussion.

Some people suggest that the value Kant placed on reason as the defining feature of human nature would have made him unlikely to see those with no or less rational potential as fully human. Indeed this quote from the Groundwork seems to confirm this view of Kant – at least for those who read no further: ‘‘Now I say that … every rational being, exists as an end in himself and not merely as a means to be arbitrarily used by this or that will … [B]eings … if they are not rational [have] only a relative value as means and are therefore called things" (8:428).

This might mean that Kant would accept the euthanasia of people who are brain-damaged or mentally disabled – even of criminals. Certainly, some Nazis interpreted Kant’s writings in this way. In his early years this criticism would have been true – Kant, as a man typical of his age thought that women and members of other races were less rational and thus only to be treated as human out of charity – but his understanding of human value changed when he read the writings of the Swiss philosopher and novelist Rousseau (the only time when Kant interrupted his daily walk was when his copy of Rousseau's treatise on eduction Emile arrived). He wrote to a friend, "there was a time when I believed that [reason] constituted the honour of humanity, and I despised the people who knew nothing. Rousseau set me right about this. This blinding prejudice disappeared. I learned to honour human beings" (quoted in Allen Wood's Kant’s Ethical Thought, page 5).