“There are many questions in philosophy to which no satisfactory answer has yet been given. But the question of the nature of the gods is the darkest and most difficult of all…. So various and so contradictory are the opinions of the most learned men on this matter as to persuade one of the truth of the saying that philosophy is the child of ignorance.” Cicero, The nature of the gods

The attempt to prove God's existence through argument has a long history. Generally, arguments are either a priori deductive or a posteriori inductive.

A priori arguments require you to accept a definition of terms before, prior to the argument working. For example - if you accept that an unmarried man may be referred to as a bachelor, then that all bachelors are unmarried men is deductively or necessarily true. An analysis of the term bachelor will show that it includes "unmarried men" and vice versa. The concepts "unmarried men" and "bachelor" have a de dicto necessary relationship, a relationship which can be found in the words. Mathematics uses an a priori argument. 2+2=4 is one such. The concept of 4 contains the concept of 2+2 and vice versa, the concepts have a necessary relationship. 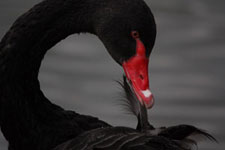 A posteriori arguments start with an observation of the way the natural world works. As in science, results are gathered and a conclusion drawn. The conclusion depends on the results and can only be drawn after, post, the results being gathered. A posteriori arguments are sometimes referred to as inductive arguments or strong arguments, because they follow the same form of reasoning as science, inductive reasoning. For example, I might observe that swans tend to be white. After counting hundreds of white swans I could conclude that "all swans are white", a law which would depend on no black, pink or green swans being discovered. 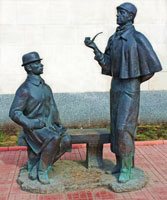 One way to understand the difference between the deductive and the inductive approach is to remember Sherlock Holmes and Dr Watson. Holmes is always deducing things. He minutely analyses a clue, making huge claims about the information it must contain. From a stocking found in the river he arrives at the height, weight, social class and personal history of the victim. Dr Watson is a scientist, methodically collecting the clues that Holmes finds and doing the boring tests and legwork to make the case hang together. He is unwilling to accept the conclusion until the weight of evidence supports it. Dr Watson favours inductive reasoning.

Clearly the place of arguments in establishing or sustaining faith is not agreed. While for some people faith is a rational response to evidence, including arguments, for others faith is even opposed to reason. Although today everybody accepts that the classical arguments have not succeeded, nor will ever succeed, in proving God's existence, there is still interest in them because they reveal something of the nature of God and our human relationship with him, because they are useful elements in a cumulative case for God or may be developed into defences against "defeaters", logical arguments used against a faith position by atheists. So-called "reformed epistemologists" make up the majority of active philosophers of religion writing on the arguments today because they see argument as a way of establishing the logical plausibility of pre-existing faith.