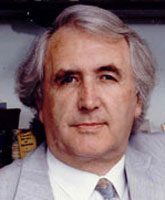 Some philosophers took Wittgenstein's work to mean that there is no absolute truth. What is true for one person may not be true for another; truth is just relative. This is known as "anti-realism", and in philosophy of religion is associated with the thought of DZ Phillips (1934-2006, pictured right) for example. Phillips proposes that it is perfectly proper to say that "God exists" or "The Lord is my shepherd" within a religious form of life. These statements are true for religious people. It is equally true to say that ‘God does not exist' within an atheistic community however; that is true for atheists. The anti-realist approach does make sense of much religious language. religious writers tend to use signs, symbols and metaphors which require the reader to have an appropriate cultural background or to have learned the particular usage of terms in order for them to make any sense.

The Cambridge philosopher RB Braithwaite suggested that it is best to see religious language as non-cognitive. He argued that religious statements are really moral statements, they express an attitude and so have an emotive meaning, they are designed to shape people's feelings and behaviour and are meaningful in having such results. The place of story in religion is particularly important for Braithwaite. He sees a story not as something to believe in rationally, but something that conveys a moral or message which we can apply to real life.

Philosophers such as Paul Tillich (1886-1965) and have argued that religious language is symbolic, statements are not designed to be taken literally, but through being immersed in an appropriate culture and form of religious language we come to understand the spiritual meaning which these symbolic words point towards, spiritual meanings which cannot be more clearly explained. He wrote: "Faith consists in being vitally concerned with that ultimate reality to which I give the symbolical name of God. Whoever reflects earnestly on the meaning of life is on the verge of an act of faith." And "Man's ultimate concern must be expressed symbolically, because symbolic language alone is able to express the ultimate." William Alston has been particularly critical of those who see religious language as symbolic, saying that this approach diverts attention from analysing what is really meant by religious claims and from truly engaging with faith. Others have criticised any idea that religious language is non-cognitive, these include John Wisdom (1904-93) and Ian Ramsey (1915-72). 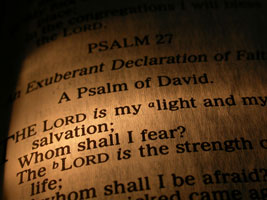 Ramsey was professor of the philosophy of religion at Oxford and then the bishop of Durham. He tried to bring together the philosophical tradition of empiricism, verificationism and falsificationism with the reality of faith and with developments in psychology and sociology on the back of Wittgenstein. He argued, contra Ayer and Flew, that religious language was indeed based in experience but that these experiences are "logically odd" and thus difficult for the individual to describe using literal, prosaic language – so we tend to add a qualifier to show that the term we are using is not intended to be taken at face value. For example when referring to God we might say omnipotent rather than potent or powerful, omniscient rather than just knowing, omnibelevolent rather than just good. The "omni" or "all" or "timelessly" or "divinely" is a qualifier which characterises religious language from other language. Further, he suggested that religious language is also symbolic, but not, he argued, more so than language in science. In both science and religion we set up a model to help us to understand something which is difficult. We use coloured pingpong balls and cocktail sticks to explain the structure of molecules, talk about light and sound being "waves" and atoms having "hooks" to explain their valences. Ramsey claims that in religion we rarely talk in positive terms and that the main function of religious terms is to evoke an understanding in others, based on shared experience, rather than to set out meaning in a precise way.

Ian Crombie (1917-2010), a former fellow in philosophy at Wadham College, Oxford, suggested that the necessarily mysterious nature of the object of religious language meant that it could only ever be evocative, never precise in its meaning or reference. He explored the use of deliberate category mistakes and obviously inadequate terminology by religious writers, seeing that this could be a device to communicate about the nature of God by demonstrating the inadequacy of language and human reason. It is worth noting that Wittgenstein's work may not lead to the anti-realist conclusion. It may be that there is a truth beyond what we experience and what we can talk about. Although philosophers may feel that there is little point in admitting the existence of something we cannot know and analyse, perhaps doing so is important, challenging the notion originally expressed by Protagoras that "man is the measure of all things" and leaving room for imagination, faith, God.

Today many philosophers of religion see themselves as critical realists as opposed to being idealists, realists or anti-realists. On the one hand critical realism holds that it is possible to acquire knowledge about the external world as it really is, independently of the human mind or subjectivity. On the other hand it rejects the realist view that the external world is simply as it is perceived. Recognising that the mind shapes what it perceives, it holds that one can only acquire knowledge of the external world by critical reflection on the process perception and its place in the world. This means that all language and knowledge, including scientific claims, must be seen as potentially coloured by our particular human perspective. This could be seen as a return to Kantian epistemology.