During the twentieth century many different versions of utilitarianism have been proposed. Some of the most well known can be described as "preference utilitarianism", which seeks to overcome the difficulty of defining pleasure by arguing that we should just seek to act in the interests (whatever they may be) of the majority. First amongst the preference utilitarians was RM Hare, who also proposed so-called "two-level utilitarianism"; that is, a compromise between the extremes of act utilitarianism (choosing the course of action that will generate the most pleasure) and rule utilitarianism (considering the consequences of consistently following a rule regarding what action to take) that were being discussed at the time he wrote. 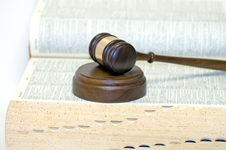 Rule utilitarianism tries to simplify the decision-making process and protect against people misusing the felicific calculus to justify selfish decisions in the "heat of the moment" by adopting some rules, which though based on general utility, do not take account of the particular situation. For example, a country which respects the human rights to life and liberty is likely to be happier than one which permits the abuse of the weak.

According to Hare we should form rules to follow every day on the basis of the utilitarian maxim, but in more extreme situations we should try to rise above the situation and evaluate things on the specifics. Of course it is difficult to predict consequences and this can lead to partial and biased decisions being made, but Hare felt that when a particular higher-level calculation was being made, we should try and think of ourselves as an archangel, detached from selfish human concerns, to overcome this.

Joseph Fletcher, the author of Situation ethics, a groundbreaking and controversial book of the 1960s, made the case for calculating the best action in each situation and never allowing rules, however convenient, from getting in the way of individuals rationally evaluating a situation and being morally responsible for their chosen action. However, the responses to Fletcher from the Catholic and Anglican Churches made a point which is equally applicable to act utilitarianism as situation ethics - it places unreasonable expectations on individuals both in terms of their ability to predict the outcomes of specific actions and in terms of being able to think rationally and altruistically – i.e this approach is idealistic, impractical and wide open to abuse.

During the 1960s and 70s, negative utilitarianism (NU) was much discussed. This is a system which seeks to minimise pain, which is easier to define and measure than pleasure. NU was particularly associated with the writings of Karl Popper. By the last decade NU had been heavily criticised, perhaps most effectively by RN Smart, who suggested that the most virtuous act for the negative utilitarian would be to cause nuclear Armageddon, to ensure the end of the world and the quick termination of all future suffering. NU came to be associated with nihilism, but lived on in transhumanist and abolitionist philosophies, commonly adopted by geneticists and other scientists rather than by moral philosophers.

The transhumanist view of the future

Transhumanism is a broad association of thinkers across many different disciplines, from poetry to cosmology, medicine to particle physics, all of whom share the belief that it is right to seek to minimise human suffering by using science and technology to overcome the causes of suffering, i.e. physical limitations, boredom, depression, hard work etc. Research is being carried out on the "ethics" of fields from nanotechnology (creating clothing that never needs washing, micro-surgery to reverse aging) to computer games (creating permanent stimulation and virtual sensations to combat boredom and loneliness). The philosophers David Pearce and Nick Bostrom are most associated with this movement through their work with the James Martin 21st Century School at Oxford University.