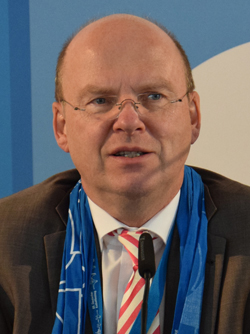 The largest lay group in Germany has been branded by the country’s bishops as being “over-hasty” after it called for reforms to church teaching. Cardinal Reinhard Marx, president of the bishops’ conference, criticised the Central Committee of German Catholics (ZdK) following a position paper that called for church blessings for all same-sex partnerships and remarried divorcees.

In his response Cardinal Marx said that the paper contained certain demands that were “theologically unacceptable” if enacted “unreservedly”.

Both issues are due to be discussed in Rome at October’s Synod on the Family, and the German bishops have been pushing for the rules to be relaxed in certain circumstances. However Marx spelt out that both demands required further theological clarification and not “over-hasty, flashy insistence”.

He told the group, which has several million members, that “necessary theological debate” and dialogue on both subjects would be helpful.

At the same time, however, Marx praised the ZdK’s position paper for its many “theological and socially significant statements on the family and the demand to promote the family in the Church, in politics and in society”.

Six bishops independently also criticised to the ZdK paper. Bishop Stefan Oster of Passau complained it left “essential aspects of the biblical image of the family” behind and five others sent him a letter thanking him for his “clear words” on the subject.

However the ZdK general secretary, Stefan Vesper, rejected the bishops’ criticism. The position paper had begun with a “clear avowal” of “sacramental marriage as a model for lifelong commitment”. He added that the ZdK was aware that many of the values “which distinguish sacramental marriage as an alliance between God and human beings” were nowadays “also being lived in other partnerships and family forms”.