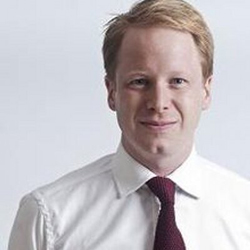 Prime Minister David Cameron’s new Health Minister is a Catholic who has gone on record to say the abortion rate is too high in Britain and that “something needs to be done about that”.

Speaking to The Guardian in 2008, the then-prospective MP said he would vote for a reduction in the time limit on abortion, though he qualified that by saying he would need to review the evidence first.

“I am personally and principally opposed to abortion but I don’t think it would be responsible to try and ban it outright,” he said.

His appointment has sparked controversy among pro-abortion campaigners. Clare Murphy, director of external affairs at the British Pregnancy Advisory Service, said she thought it was “concerning” that a Minister whose role involved women’s health and equality was opposed to abortion, adding: “Their stance does not reflect the view of the electorate.”

Mr Gummer’s boss, Health Secretary Jeremy Hunt, said in 2012 that he personally favoured a move to halve the legal abortion limit from 24 weeks to 12.