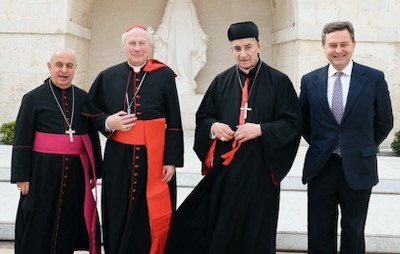 “We are well aware that we have made major mistakes in financial management, which have undermined the credibility of the Holy See.” 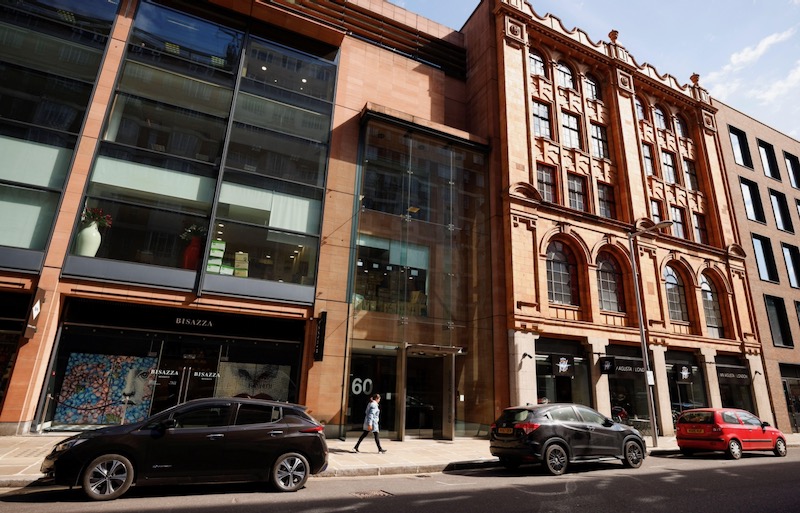 The Vatican has agreed a contract to sell 60 Sloane Avenue in Chelsea.
Reuters/Alamy

The Holy See’s treasurer says the Vatican has signed a contract to sell the London property at the centre of a financial corruption trial while admitting “major mistakes” had been made in the past.

Fr Juan Antonio Guerrero, the Prefect of the Secretariat for the Economy, explained that the Vatican would sell 60 Sloane Avenue, in Chelsea, South West London, at a price “above” initial valuations and that a ten per cent deposit had been paid by the buyer. The deal, he added, would be completed by June.

Between 2014 and 2018 the Holy See’s Secretariat of State invested €350 million into the former Harrods showroom, now home to luxury shops, restaurants and offices.

Vatican prosecutors later launched an investigation into the murky web of payments made to middlemen to complete the deal. Ten defendants including Cardinal Angelo Becciu, a former aide to Pope Francis, are facing charges of corruption in an ongoing Vatican trial with the property deal a central part of the case.

“We are well aware that we have made major mistakes in financial management, which have undermined the credibility of the Holy See,” Fr Guerrero told Vatican News.

The recent sale of the property, the Jesuit priest explained, was “carried out in full transparency and according to the new rules for Vatican contracts”, while external professional advisors had assisted in the process. Sixteen bids were considered.

Fr Guerrero did not give any details of the buyer nor any figures for what was being paid but said the property had been “sold above the valuation we had in the balance sheet and the appraisal made by the specialised institutions”.

Last November,  the Financial Times reported that the Vatican was finalising a £200 million sale of the Sloane Avenue property to private equity group Bain Capital.

It has been speculated that the Vatican has lost around £100 million from their investments in the Chelsea building. Fr Guerrero was speaking to Vatican News as his office released details of the Holy See’s 2022 budget, which is projecting a €33 million deficit which is less than the €42 million lost last year.

“The loss from the alleged swindle, which has been much talked about and is now being judged by the Vatican courts, was already taken into account in the balance sheet,” he explained.

The economy prefect added that income from Peter’s Pence, an annual collection which supports the charitable work of the Pope and administration of the Holy See, is expected to be down by 15 per cent in 2022. Fr Guerrero said that costs were being cut, but pointed out that the departments of the Roman Curia, the Church’s central administration cost money to run and do not bring in income.

Income for the Holy See is generated by its property portfolio, run by APSA (the Administration of the Patrimony of the Apostolic See). It mainly includes property in Rome which is manly used for office space or rented out to Vatican employees at a reduced rate, along with holdings in London, Paris and Switzerland. Fr Guerrero said the “large portion of the real estate holdings has no economic benefit but only social benefit”, although there is a plan to increase the income from the 20 per cent of the portfolio that can generate income.

During Fr Guerrero’s tenure the Holy See has produced the first budgets and publicly available financial data in its history. He explained that the budget for 2022 has increased from €300 million to €800 million  as it now includes other entities managed by the Holy See including hospitals, basilicas and shrines.

“We also need to look for ways to attract more donations. The first requirement is transparency and clear accountability,” the economy prefect stressed.

Along with property, the Holy See’s budget includes income from the Vatican City State, which oversees the museums, and the Institute for the Works of Religion, known as the Vatican bank. Covid-19 has, however, negatively hit the Holy See’s income with Fr Guerrero saying that revenues are still lower than pre-pandemic levels.

The biggest cost for the Holy See include funding its extensive network of embassies and diplomatic missions across the world (€41 million for 2022) and its in-house media operation (€38 million), which employs are large staff of lay professionals.

Since his election in 2013, the Pope has made reforming the Vatican’s finances a high priority setting up new structures to ensure transparency and in 2020 appointed a lay board of experts to provide oversight. The general secretary of the economy secretariat is Maximino Caballero Ledo, a finance expert who worked at US healthcare firm while the number two official at APSA is Fabio Gasperini, who has 25 years of experience working in financial services.