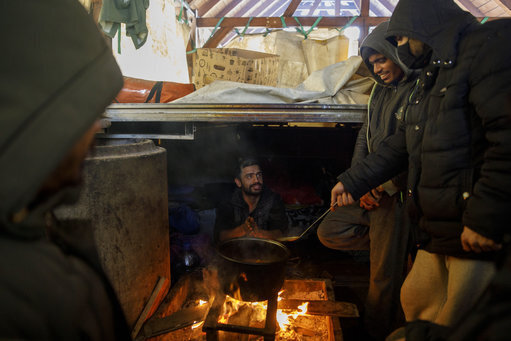 The 2021 budget was signed off by Pope Francis yesterday.
Grzegorz Galazka/PA

The effects of Covid-19 mean the Holy See is facing a €49.7 million budget shortfall this year, with the economic crisis caused by the pandemic leading to a steep drop in income.

The Secretariat for the Economy says the 2021 budget, signed off by Pope Francis on 18 February, was projecting revenues of €260.4 million and expenditure of €310.1M.

Income, the Vatican explained, was down by 21 per cent (€48 million) compared to 2019 due to a reduction in “commercial, services and real estate activities, as well as donations and contributions”. Costs had been reduced by 14 per cent – €24 million – and reserve funds will make up the shortfall.

“If the level of donations remains as expected, the deficit will be settled with part of the reserves of the Holy See,” according to today's the statement.

The latest figures do not appear to include all Vatican entities such as the City State’s Governorate – which manages the profit-making Vatican Museums – the Institute for the Works of Religion (the Vatican bank) and the pension fund.

But the 2021 budget does include, for the first time, Peter’s Pence and and “all dedicated funds” in what the Vatican say is an attempt to provide “more visibility and transparency”. The Holy See expects to see €30.3 million in income from Peter’s Pence and other funds. WIthout them, the Vatican added, the budget would be €80 million in the red for 2021.

One of the obstacles to Vatican financial reform has been a siloed system where different departments control their own money with little oversight and accountability.

Francis has been battling to change this, and at the end of last year ordered that the management of Peter’s Pence, a fund derived from donations and dedicated to supporting to the Holy See and the papacy’s charitable endeavours, would be transferred to the Administration of the Patrimony of the Apostolic See (APSA) and away from the Secretariat of State. APSA oversees the bulk of Vatican investments and also acts as the equivalent of a treasury.

The push for transparency comes as prosecutors continue investigations into a €350 million London property investment in 60 Sloane Avenue which had been overseen by the Secretariat of State, the body which sits at the heart of the Church’s central administration. An “imminent trial” of a woman accused of embezzling €575,000 of Holy See funds is also expected.

Last summer, the Pope announced new members to the board overseeing Holy See finances, including Ruth Kelly, former UK Cabinet minister who also served as Chief Secretary to the Treasury, and Leslie Ferrar, former treasurer to the Prince of Wales. They both took part in an online meeting of the economy secretariat on Tuesday 16th February to discuss the 2021 budget.

In October 2020, releasing its most detailed financial figures ever, the Holy See announced an €11 million deficit for the Roman Curia. At the time, Fr Antonio Guerrero, Prefect of the Secretariat for the Economy, stressed that the faithful have the “right to know how we use our resources” while it was possible that “the Holy See has been not only badly advised but also cheated” by recent property deals.”

Although the Vatican faces financial pressures in the coming years, Fr Guerrero has denied it is at risk of default, and that if all Vatican and Roman Curia entries are brought together then the Vatican would not be in deficit. He estimates the total value of all Vatican assets to be €4 billion.

Meanwhile, the Pope has promised no one will lose their job because of the pandemic, and in their latest statement the economy secretariat stressed that “employment security continues to be a priority for the Holy Father in these difficult times.”