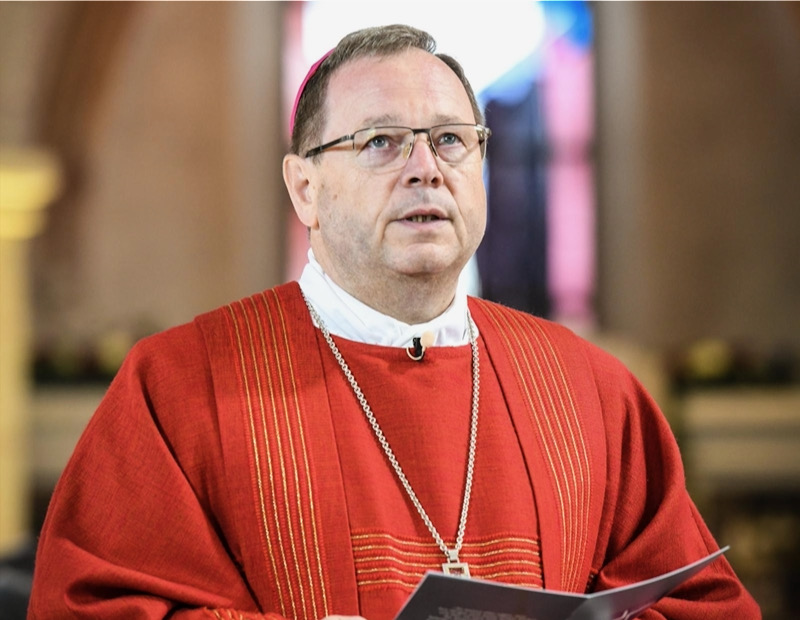 Bätzing hits out at opponents of German path 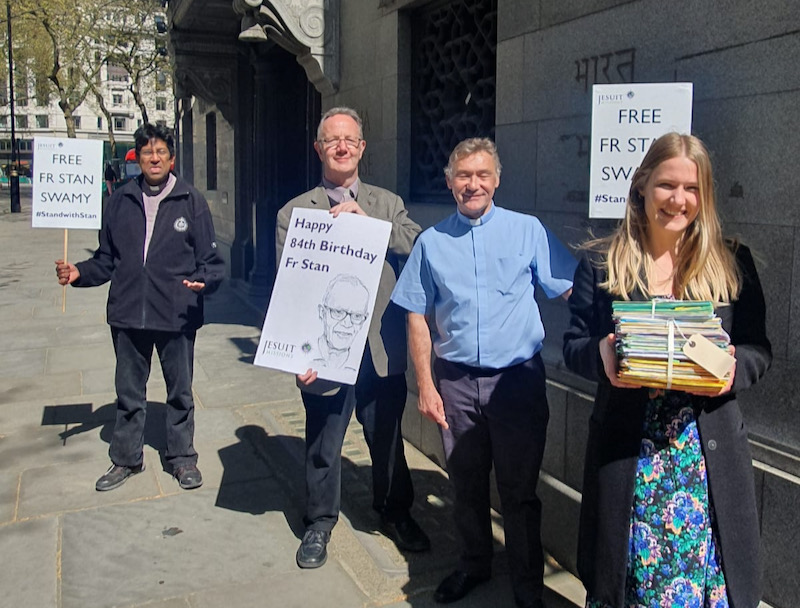 Jesuits in Britain have marked the birthday of the imprisoned Indian Jesuit, Fr Stan Swamy, by visiting the High Commission of India in London with thousands of birthday cards signed by fellow Jesuits, school children and parishioners across the UK.

Fr Damian Howard SJ, provincial superior of the British Jesuits, said: “We will continue to stand in solidarity with Fr Stan Swamy. He has dedicated his life to defending the rights of marginalised people in India. We must do everything we can to defend his rights.”

Jesuit Missions is leading the Stand with Stan campaign in Britain. The organisation asked supporters to send Fr Stan a birthday message and they received more than 2000 cards in two weeks as people across the UK showed their solidarity with Fr Stan. Jesuit Missions will send the cards to Jesuits in Mumbai in the hope that he will be able to receive them in Taloja prison.

One of the cards from a 13-year-old pupil at Stonyhurst St Mary's Hall in Lancashire who said: “Father Stan, I hope you get out very soon, you are not alone. You must have faith and I back you all the way. You’re a great man Fr Stan Swamy.”

Paul Chitnis, director of Jesuit missions, said: “It is humbling to see so many heartfelt messages of support for Fr Swamy on his 84th birthday.  Our deepest hope is that Fr Stan will be released from prison soon both for his own health and because the charges on which he is being held are manifestly unjust. We hope that will be soon so that he can read these messages of support in the peace of his own home.”

Fr Stan Swamy SJ has spent his life working for and defending the rights of the poorest and most marginalised people in India. India’s National Investigation Agency (NIA) arrested Fr Stan on 8 October 2020. He is detained along with 15 other human rights activists all charged with terrorism. Fr Stan vehemently denies these charges. He has spent 198 days in prison.

Fr Stan is 84-years-old and his lawyers have applied for him to be released on bail on medical grounds. Fr Stan suffers with Parkinson’s disease and is not able to receive the care he needs in prison. On the 22nd of March, the bail plea was rejected by a judge in Mumbai.

The Washington Post recently reported that evidence had been planted on the computers of one of the accused human rights activists raising concerns about the evidential basis on which Fr Stan is detained. Fr Joseph Xavier SJ, a friend and colleague of Fr Stan said: “On a recent phone call from jail, Swamy’s chief concern was the well-being of his colleagues and the organisation he ran. Even in moments of hardship or pain, Swamy will not complain. That is the kind of person he is.”