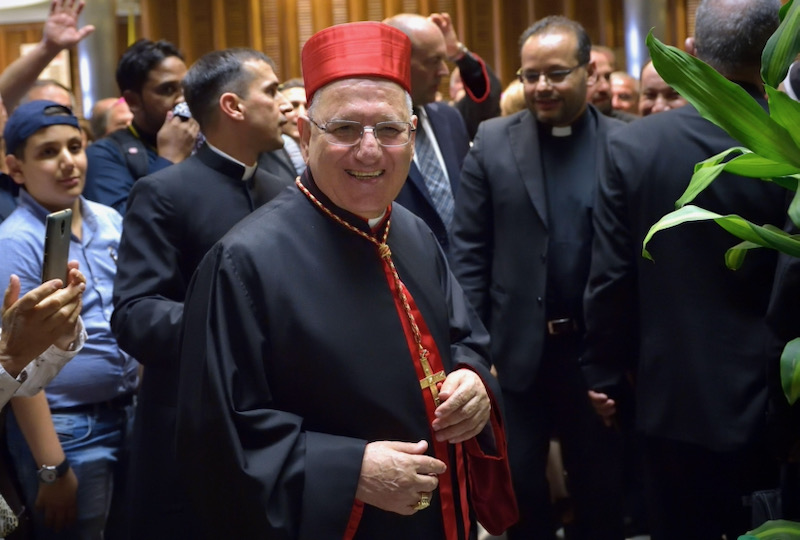 Christians in Iraq will only be able to live safely and securely if religion is separated from the state, the head of the Chaldean Catholic Church has warned. According to Cardinal Louis Sako, the Christian community continues to suffer discrimination in a country that does not recognise Christians as citizens with full rights.

“We still have a problem with corruption and sectarianism”, he said, during a webinar hosted by the charity Fellowship and Aid to the Christians of the East. “We need a secular regime. In many Western communities this protects people. We need to focus on this strongly with political leaders”.

Cardinal Sako’s comments came in a wide-ranging conversation with Cardinal Michael Fitzgerald, with participants via Zoom from around the world. The discussion came just weeks after Pope Francis’ visit to Iraq, when Cardinal Sako accompanied him. It was a landmark visit, said the cardinal, with many Muslims in Iraq learning about the Pope, the Vatican and the Catholic Church for the first time through media coverage in the run-up to the visit. He said he believed that the impact of the visit was greater on Muslims than Christians.

“It changed the mentality of people. It touched the heart of all Iraqis, perhaps Muslims more than Christians because it was the first time they could hear and see the Pope. He came for all Iraqis. After years of destruction we heard a message of peace and fraternity”.

Sako, who has been Patriarch of Babylon and head of the Chaldeans since 2013 and was created a cardinal in 2018, has seen the number of Chaldean Catholics in Iraq plummet in the last 20 years, as have the numbers of all Christians. Islamist extremism, terrorist atrocities and tribal oppression has caused many to flee Iraq, so that today there are only an estimated 220,000 Christians – of which 80 per cent are Chaldeans – out of a population of 41.5 million. Today there are more Chaldeans in the worldwide diaspora, but Cardinal Sako told the FACE webinar that it was vital for Chaldeans to stay in Iraq if the Church is to survive.

“If they stay away, they will integrate with the rest of the Catholic Church. For the future we should focus on Iraq. It is our land, our history, our tradition”, he said.

During his visit, Pope Francis, who said full citizenship for Iraqi Christians would testify to healthy pluralism in the country, held a landmark meeting with Grand Ayatollah Ali al-Sistani, one of the most senior clerics of Shia Islam. Afterwards the Grand Ayatollah issued a statement saying Christians should “live like all Iraqis in security and peace and with full constitutional rights”. This statement was important and had an impact “on the street”, said Cardinal Sako, but now “we need concrete action to express this spirit”.