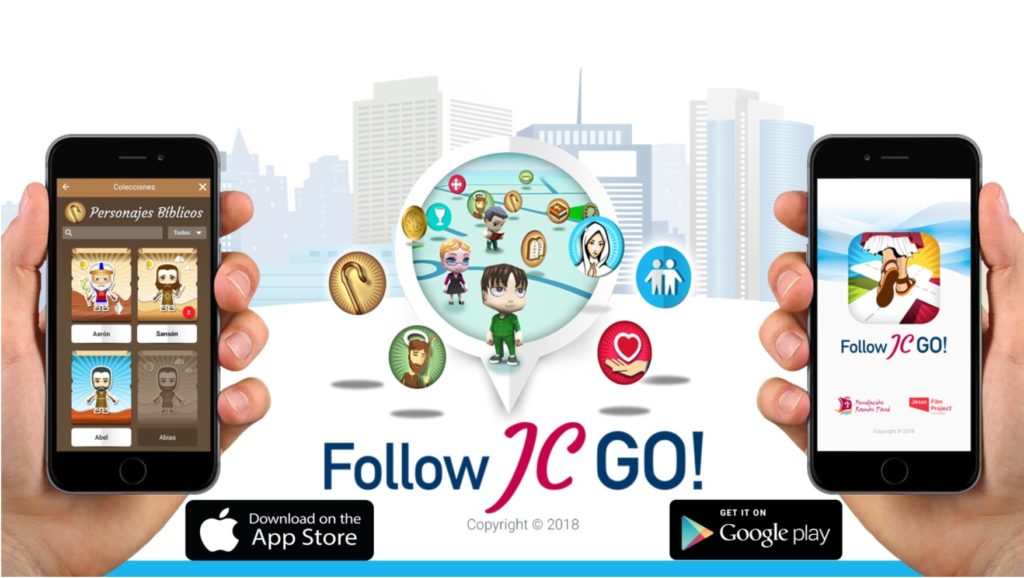 Viganò denies he is trying to 'topple the Papacy'

Viganò: 'I pray every day for Pope Francis — more than I have ever done for the other popes.' 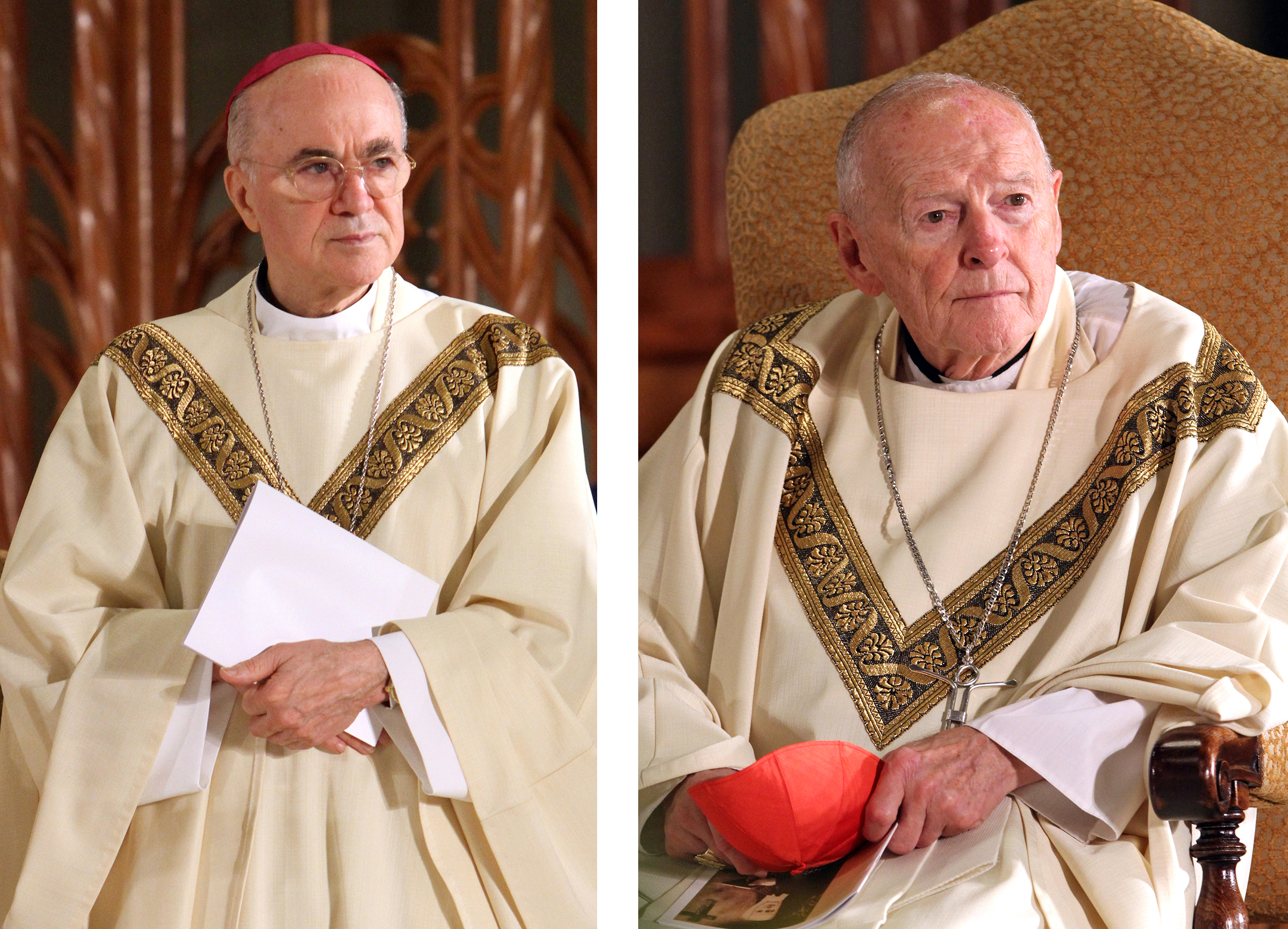 Archbishop Carlo Maria Vigano, then nuncio to the United States, and then-Cardinal Theodore E. McCarrick of Washington, in a 2014 combination photo
Photo: CNS/Gregory A. Shemitz

Archbishop Carlo Maria Viganò has issued a third intervention about alleged papal mishandling of sexual misconduct allegations made against a senior former cardinal.

In his latest missive, the retired papal nuncio to the United States sets out when written evidence presented to the papacies of John Paul II and Benedict XVI about Archbishop Theodore McCarrick's behaviour with seminarians, and repeats claims that he verbally told Pope Francis about the matter in 2013.

But the new intervention sees him softens his stance on two of the central charges from the original explosive testimony of 26 August.

The first is over a papal resignation.

In the 11-page August document, released halfway through a tense papal visit to Ireland, the former Vatican diplomat said that "Pope Francis must be the first to set a good example for cardinals and bishops who covered up McCarrick's abuses and resign…"

Two months later and the archbishop is taking a different track, and denying he is in an “open and scandalous rebellion” against the Pope, as Cardinal Marc Ouellet accused him of being in a scathing open letter.

“I am charged with disloyalty to the Holy Father and with fomenting an open and scandalous rebellion. Yet rebellion would entail urging others to topple the papacy. I am urging no such thing,” the archbishop, a retired member of the Holy See diplomatic corps, writes. “I pray every day for Pope Francis — more than I have ever done for the other popes. I am asking, indeed earnestly begging, the Holy Father to face up to the commitments he himself made in assuming his office as successor of Peter.”

The second shift is over the restrictions he said McCarrick had been placed under by Pope Benedict XVI. On 26 August, the archbishop said that Francis “did not take into account the sanctions Pope Benedict had imposed on him [McCarrick]” which entailed a life of prayer and penance and no public ministry. There is no evidence these were ever enforced.

The implication of the Viganò testimony, which Cardinal Ouellet sought to refute, was that Benedict XVI enforced formal sanctions of prayer and penance which Francis ignored.

“Cardinal Ouellet disputes that it is false to present the measures taken against McCarrick as ‘sanctions’ decreed by Pope Benedict and cancelled by Pope Francis. True,” Viganò writes. “They were not technically ‘sanctions’ but provisions, ‘conditions and restrictions’.”

He goes on: “To quibble whether they were sanctions or provisions or something else is pure legalism. From a pastoral point of view they are exactly the same thing.”

In his letter Cardinal Ouellet admits there had been a private “exhortation” to McCarrick to keep a low profile and that no evidence exists to show any Pope signed off formal sanctions.

Archbishop Viganò’s admission that rather than formal “sanctions” – as set out by the Church’s law – restrictions, or conditions were put on place raises the question as to what Francis could reasonably have expected to know about McCarrick’s situation.

In his latest testimony, the archbishop insists that he told Francis on 23 June 2013 that McCarrick had been ordered to “a life of prayer and penance” by Benedict XVI and writes that McCarrick “continued to enjoy the special regard of Pope Francis and was given new responsibilities and missions by him.”

Viganò does not specify what these responsibilities or missions were, nor is there any official record of McCarrick being appointed to any role - advisory or otherwise - by Francis. At the time the then nuncio to the United States had his 2013 conversation with the Pope, McCarrick was a retired cardinal aged 82-years-old.

What the archbishop’s latest testimony does allege, however, is that written claims about the powerful ex-cardinal’s sexual misconduct with seminarians were lodged with the Vatican on three occasions and no action was taken. In 2000, under John Paul II, and in 2006 and 2008, under Benedict XVI.

The rise of McCarrick also came through the clerical ranks came under John Paul II when he was named Bishop of Metuchen in 1981, then Archbishop of Newark five years later before being translated to Washington DC in 2000. Settlements were also paid to adult complainants of McCarrick in 2005 and 2007.

In 2018, when an allegation that the former Archbishop of Washington had abused a minor was judged credible by a Church review panel, Francis removed McCarrick, 88, from ministry and later from the college of cardinals.

While the Pope says he won’t reply to Archbishop Viganò’s testimony, he has ordered a “thorough study” of all Vatican documents relating to McCarrick.

A statement announcing the internal inquiry admitted that “from the examination of the facts and of the circumstances, it may emerge that choices were taken that would not be consonant with a contemporary approach to such issues.”

Archbishop Viganò released his latest intervention via the website of Marco Tosatti, an Italian journalist who helped the archbishop draft his 26 August testimony. That material, which included claims about various senior prelates' sexuality and allegations of cover-ups, was produced in full by Catholic media outlets who have become known for their disappointment with the pontificate of the first Latin American Pope.