Movement that lost its way

Marriage and the real world

The refusal of the Bishops’ Conference of England and Wales to publish its summary of the responses to the lineamenta consultation on the issues surrounding family life has blighted discussion on issues that need to be talked about.

One of the most important of these is cohabitation. How common is it in the Catholic community, and what proportion of couples asking a priest to marry them are already living together? And what do lay Catholics make of this? What pastoral response are they looking for? The answers are in the unpublished report.

There are clues based on responses from elsewhere, including the latest, from Ireland. Catholic Marriage Care has published its response based on its experience in England and Wales, and this cannot be far from the general picture. It said: “Nearly all couples attending our marriage preparation courses are already cohabiting and many have children.” And yet, “couples coming to our marriage preparation courses want and expect their marriages to last a lifetime.”

This bears out many other research findings – that the great majority of couples who cohabit are not making an ­ideological statement of opposition to marriage. Even among the unmarried, a lifelong happy marriage remains a widespread aspiration, the envy of those who do not have one and of great benefit to those who do.

Practice among Catholics regarding cohabitation appears to be not dissimilar to that in the community at large, where it is common and growing more so. Traditionally, “sex before marriage” is counted as a sin and cohabitation is therefore “living in sin”, but that language is rarely heard nowadays. Does this mean the Church has tacitly come to terms with a significant development in the way people live their lives, in which case the key question is “How do we help them live them better?”

Or is there a realistic possibility of restoring the social norms to where they were 50 years ago? A third possibility would be to identify the real impediments to marriage among cohabiting couples, and do something about them. Finance is a key factor, including the exorbitant cost of a church wedding but also the cost of housing and the way the tax and benefits system works to create the so-called “couples penalty”. Can the Church condemn as sinful those who are doing their best in difficult circumstances?

The Church has based its teaching about sex, marriage and family life on biblical revelation and natural law, telling people how they ought to live and labelling as gravely sinful any conduct that does not totally comply with that teaching – including cohabitation. That approach has manifestly failed.

The successful navigation of long-term loving sexual relationships is difficult, yet lies at the heart of most people’s quest for happiness. They need the right help and guidance. This is where next autumn’s international Synod on the Family needs to start. It would be more likely to find good answers if the issues had been debated openly beforehand. 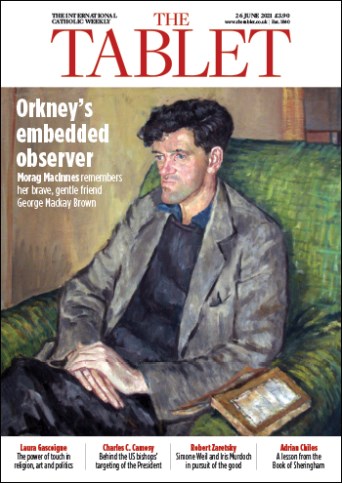