How can the Reformation Jubilee be a celebration for Catholics?

Osborne's two-child policy and other blows to poorer families

On Wednesday the Chancellor of the Exchequer, George Osborne, announced his July Budget – and what we, and many other charities, church organisations and poverty campaigners were waiting to hear was where the expected £12 billion worth of cuts is to fall.

The welfare announcements were, disappointingly, as expected. For those families on low incomes, whom many of our member charities support, further reform to the welfare state is going to mean that life is not going to get easier.

Our main concerns include the changes to the benefit cap and to tax credits. The latter, due to be phased out as Universal Credit is rolled in, have proved a lifeline for working households and helped many working families on low incomes shoulder the burden of the everyday costs of raising a family. We welcome the introduction of a new national Living Wage, but are concerned that this increase in income will, for many, be cancelled out by the losses from changes to tax credits, leaving many people either worse off or exactly where they are currently. 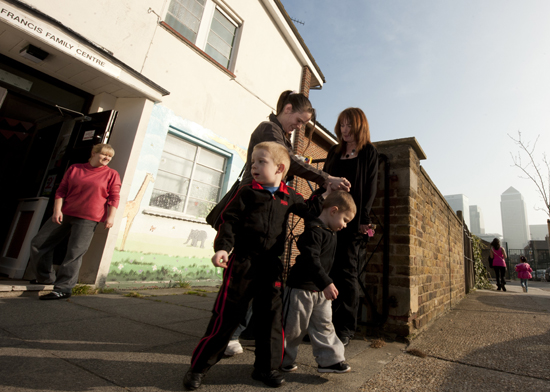 Limiting child tax credits to two children, as announced on Wednesday, means that larger families are going to feel the impact of reform even harder: a triple whammy from a reduction of tax credits, the freezing of working-age benefits and the lowering of the benefit cap.

When I visited Father Hudson’s Society's Brushstrokes Centre project in Birmingham last year, I met a young couple who told me how beneficial tax credit has been to their lives. The wife, a young lady who spoke passionately about providing for her family, said tax credits have “made a dramatic change for us and the kids. Just having that money coming in weekly, we know what to plan, we know if any of their Pampers run out, we know they’re going to be provided for and everything so it’s actually gone a really long way.”

We have, on a number of occasions in the past, voiced our concerns that the further capping of benefits will have severe consequences. The lowering of the cap, from £26,000 to £23,000 in London and £20,000 outside the capital is going to mean difficult choices for families, pushing them deeper into poverty or forcing them to move away from their extended families, friends, support networks and communities. We feel it is unimaginable that such a loss to the household income is not going to mean many more people turning to foodbanks to get by.

Next week CSAN will launch its latest report on the impact of existing welfare reform on our member charities, their clients and staff. The new reforms announced today further exacerbate our concerns that the most vulnerable people are being put at greater risk of falling out of, and away from, society.

Helen O’Brien is the Chief Executive of CSAN (Caritas Social Action Network), an umbrella group of Catholic charities in England and Wales

I wonder whether there should be a phasing in of the reduction in benefits because some families are going to feel the decrease greatly. I do think a cap is good though and I also support the limit of 2 children.
Working couples have to make hard decisions with regard to the size of their families and if not in social housing can't just apply for a bigger house or more benefits. Benefits mustn't be limitless. The country cannot sustain them.

Is this proposal not discriminatory to Catholics who are extolled not to use artificial forms of birth control, and may not therefore be able to limit their families to two children?
I think it would be important to reflect whether this proposal would have been considered if other religious denominations were similarly affected.
I m rather surprised that there have been no specific comments about this from leaders in the church.

Speaking in May 1982, St. John Paul 11 urged British politicians: ‘Allow the voice of the family to be heard in the making of your policies. The future of your society, the future of humanity, passes by the way of the family.’ Is it not ironic that Irish politicians, while presently ignoring both the natural moral law and the Pope, now also follow London’s lead in promoting social and economic conditions, which serve only to undermine the strength and stability of marriage and family life? The same Pope, on leaving Ireland in 1979 told us: 'Nothing in life is more important than to be a good father and mother...The family is the true measure of the greatness of a nation, just as the dignity of man is the true measure of civilisation.'