What is going on in Brentwood Diocese?

How can the Reformation Jubilee be a celebration for Catholics?

Forget the bloodshed and centuries of hostility – Reformation commemorations planned for 2017 should be a celebration for Protestants and Catholics, say organisers. One Austrian deacon asks why

Many Christians, above all in Germany, are overjoyed that Catholic and Protestant leaders have courageously agreed that the Protestant and Catholic Churches will celebrate the 500th anniversary of the Reformation together. That message has come from both the president of the German bishops’ conference, Cardinal Reinhard Marx, and the chairman of the German Protestant Churches, Bishop Heinrich Bedford-Strohm.

Although fundamentalists will still issue their prophecies of doom, what the commemoration's organisers are calling a “Fest for Jesus Christ” will certainly be a step forward on the path “From Conflict to Communion”, to quote the title of a 2013 report by the Lutheran-Roman Catholic Commission on Unity. 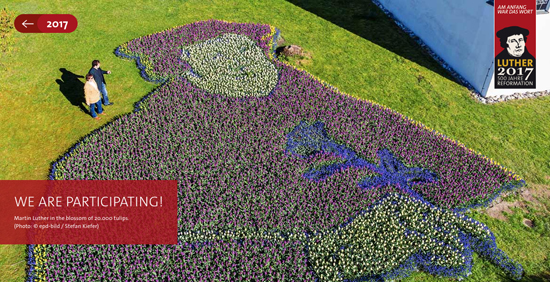 A milestone on this path was already taken 50 years ago with the Second Vatican Council’s Decree on Ecumenism, Unitatis Redintegratio, in which the Council Fathers said goodbye to “return to Rome” ecumenism. Pope Francis is now humbly and with great respect marching ahead by including the Free Churches and the Pentecostals in the dialogue with the Reformation Churches.

In his desire for reform, Francis points to Jesus Christ, the head of all the Christian Churches (Colossians 1:18), to whom they owe their identity. They can, should and must celebrate this together. The time has come to put mutual faultfinding behind us.

When I was a pupil at a renowned Benedictine school in Vienna 60 years ago, the priest who took us for Religious Iinstruction warned us that Albert Schweitzer, who was a Protestant pastor in central Africa at the time and was one of our great idols, was in reality a devil in disguise because he had renounced the true faith. Ten years later, the university professors at the Catholic theological faculty of Innsbruck University no longer used such harsh words, but the Reformation, with its burning issues and challenges for the Catholic Church, was only mentioned casually in passing.

In the small village in south-eastern Austria where I work today, there is an almost equal number of Protestants and Catholics. When the present Catholic priest took over the parish 28 years ago, Catholics and Protestants would still spit at each other on passing. Today they respect and understand one another. It has become quite natural for a local club to celebrate a service of the Word for both denominations. The Protestant pastor presides over the service of the Word and from the offertory onwards the Catholic priest celebrates the Eucharist. And at Epiphany, Protestant children join in the Catholic tradition of dressing up as the Magi and going from house to house to collect money for a Catholic aid organisation.

A few years back, the Catholic parish priest had a bridge built over the little stream that runs between the Protestant and Catholic churches in the village. He wanted the villagers to see and feel that their churches could only walk in the footsteps of Jesus Christ together.

Martin Luther did not want to found a new Church. After 500 years, we have the choice of continuing to build the laboriously erected bridge between our Churches, or of thoughtlessly dismantling it.

The Protestants have helped us Catholics to listen more carefully once again to God’s Word in the Bible. Isn’t that reason enough to rejoice and celebrate the Reformation together?

Above: Luther recreated in 20,000 tulips ahead of the celebrations. Photo: www.luther2017.de

Bravo Fr Paul!Time for all Christians to grow up,and Francis is the very person to bring this about.
Pax et Bonum
John Sharp,St. Andrews,Scotland.

Allowing a Protestant minister to officiate at Mass to "preside over the service of the Word" is a liturgical abuse and is not permitted by Canon Law. This is ecumenism run amok. But then again, it is Austria.

If it hadn't been for the Reformation begun by Martin Luther (he should be made a saint!) who knows how this church would be organized, acting and dealing with "others" today.