A renewed energy about the US Church 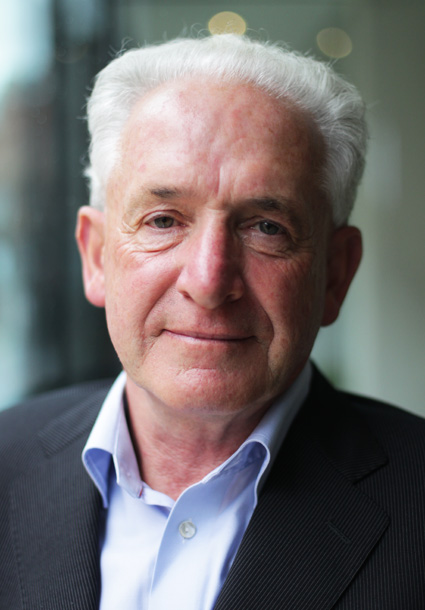 I have spent the last five weeks on a speaking tour of the US, which has included the Call to Action conference in Memphis, and now a visit to Portland, Oregon, for the penultimate stop in my 18-city schedule.

There are a great many Catholic reform groups in this country, ranging from Call to Action, which seems to be the longest in existence, to other middle-of-the-road associations such as FutureChurch, various women’s ordination movements, and others who have agendas around Catholic sexual teaching and differing stances on the abortion question.

It will take time to evaluate my experiences of the American Church but my impression is that, despite their different stances, they work together on what they have in common and amount to a significant voice within the Church here. Pope Francis has given them a lift, and there is a sense of renewed energy about them.

In the last 50 years a pope has not been criticised so brazenly
Michael Phelan, 13 November 2014

The “culture warrior” bishops are a big presence here. I have spoken in a number of places where more outspoken ones are in charge. Their dogmatism, their unwillingness to listen and their hard-line doctrinaire stances create an enormous rift between them and their people. 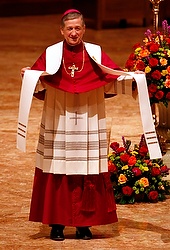 This was very obvious at my gatherings in their dioceses. The discussion with laity after I had spoken was full of frustration and hurt. People wanted to know how they could make their voices heard with what they perceived as a “brick wall” in the way.

But they are enthusiastic about the new archbishop of Chicago, Blase Cupich, who was installed this week; they see him as a glimmer of hope similar to Francis, though they worry that too much expectation is being built up around them.

I have only spoken in one Catholic church, and that was because the priest defied his archbishop. But I have stayed with a number of priests on the various stages of the tour and attended Masses that they celebrated. Admittedly, these priests tended to be of the more progressive type, but their Masses were a pleasure to attend, with great involvement of the people, many women on the altar, and a leisurely pace. Many people who have visited Ireland and love the country commented to me on the lifelessness and poor quality liturgy of the Irish Masses they had attended.

The women Religious are greatly admired and supported by the people I meet, and people comment on their courage and commitment, often comparing the men unfavourably with them. Individual sisters I have met, such as Jeannine Grammick and Maureen Fielder, are wonderfully impressive.

Although vocations are on the decline, more men are entering seminaries than in Europe. But the people I speak to are concerned that these men have difficulty relating to their parishioners and many would be more at home in the Church of early last century.

Some of them, with a dogmatism of doctrine and a dismissal of women’s involvement, are finding themselves marginalised in their ministry. Equally, the experiment of bringing in priests from the developing countries to fill the gaps is proving problematic. As a result, parishes are being clustered and closed, and older priests find themselves with almost impossible burdens of work.

All of this is leading to the development of Intentional Eucharistic Communities. These are communities of committed people who come together to pray and celebrate the Eucharist. I find their desire for the Eucharist radical and challenging.

Fr Tony Flannery is an Irish Redemptorist and founding member of the Association of Catholic Priests. He was censured by the Congregation for the Doctrine of the Faith in 2012 for his views on the Eucharist and priesthood

A Whole New World . Isn't that from Aladin? I enjoyed how you cremaopd the Sikh religion to Christianity it allows us to compare our own faith with that of another branch of religion. Fabuloso!

Martin, most liturgies offered in intentional communities are led by a priest. There is nothing heretical about them. These communities follow the same model as did the early church - long before there were parish churches dotting the roads. Perhaps it is the beginning of a return to true christian community.

Jesus met people where they were at. It's a long time since the Church has done that. If spreading the Gospel, in word and deed, is the reason why the Church exists, it hasn't been 'fit for purpose' for centuries, the blip of Vatican II excepted. We simply can't go on, doing more of the same. What to do is another question. But we do need to be able to discuss 'all' options. We might not agree with everything on the table, but even ideas we don't agree with can be a springboard for something more fruitful and Gospel-aligned. There is one guarantee of failure, however: a closed mind.

"All of this is leading to the development of Intentional Eucharistic Communities. These are communities of committed people who come together to pray and celebrate the Eucharist. I find their desire for the Eucharist radical and challenging."

I.e. without priests, which means that this is not the Mass but merely a parody of it. Come on Tablet, stop publishing this open heresy.