The Mother Church of the Anglican Communion agreed to allow women to be consecrated as bishops in England on Monday, 17 November 2014, although some daughter Anglican Churches have had women bishops since 1989. How do I, once an Anglican woman priest, now a Catholic laywoman, feel?

I am happy for the Anglican women clergy in England; their witness to their vocations has been fully recognised. My hope for this outcome began in 1947 when I was 21 and a student, although I was mute about my own call until 1970, when I began to campaign: this led to prayer, perseverance and provocative witness among Anglicans worldwide for over 30 years.

But undoubtedly, the effects of Anglican proposals to ordain some women as priests, then to allow their consecration as bishops, hindered progress towards organic unity within the Anglican Communion, and with other Churches, notably the Catholic and Orthodox Churches.

A debate that should not be silenced
The Tablet, 20 November 2014

A renewed energy about the US Church
Fr Tony Flannery, 21 November 2014

These separated Churches have hierarchical governance systems: one includes the Archbishop of Canterbury's primacy among equals, another, a papal system of governance, relatively unchanged, despite the impetus of the Second Vatican Council. The third has patriarchial systems that can cause conflict, even within Orthodoxy. All have difficulties with diversity.

Today, even more fragmentation through dissent seems to confront Christendom, but it is not women deacons, priests and bishops that stand in the way of Christian unity. It is our common failure to face theological diversity and changes in systems of authority and governance. Unity through uniformity does not work. Unity through diversity, the kind that is written into the Benedictine Rule, could work. I believe, by the grace of God, and after prolonged exploration of ways in which I saw that diversity of theological opinions, cultural attitudes and different systems of institutional governance could lead to a deeper kind of unity in Christendom than by systemic conformity or uneasy compromise. I have begun to glimpse possibilities. 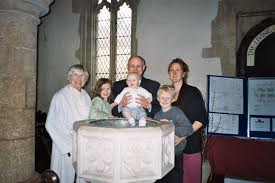 My new autobiography, Bread not Stones, describes my spiritual journey and present witness. I think the advent of women bishops into an Established Church will be beneficial. Yet, I also think that the absorption of women into the predominately patriarchal structure of its present system of governance will not bring about what Christ preached during his lifetime and continues to say to Christians through the Holy Spirit, namely, that "they may all be one" (Jn 17:21-23). I passionately believe in the reunion of Christendom.

My continuing life of prayer encourages me to hope that the time will come when in the Catholic Church there will be a renewed, reformed kind of governance, that includes a papacy that promotes collegiality, devolvement of authority in accordance with cultural and gender diversity and global needs for sustainability, will heal Christendom. How wonderful it would be if more women could be invited now to join male laity in decision-making in the higher tiers in the Church, and ultimately, of course, be ordained deacons, priests and bishops – and potentially be elected pope.

In order for this to happen I pray that the Catholic Church will take the initiative towards unity through a transformed form of governance, even if it takes a very long time to implement. Time is not the issue.

Sr Una Kroll is a solitary nun in life-long vows and based in the diocese of Salford. She was ordained a priest in the Church of England in 1997 and became a Catholic in 2008. Bread not Stones, published by John Hunt, is out next month

Top and above: The author, and as an Anglican priest

"It’s shocking and very sad to juxtapose the openness of Sr Una Kroll with the closed, fixed-ness of Martin"

Very simple, Robin: I'm orthodox. All Catholics are required to assent to the Church's teaching that the ordination of women is an impossibility. That's not "closed", that's being Catholic.

“I can imagine non-Christians looking at our community and saying: “We’re not sure what they believe, but look how those Christians love one another!”

It’s shocking and very sad to juxtapose the openness of Sr Una Kroll with the closed, fixed-ness of Martin (first comment). The only way forward for the Church and the world is to risk uncertainity, to take a step into the void trusting in the Spirit of God to save and sustain us.

Our human need for certainty encourages us to fix belief, to codify and nail down that which is a living and dynamic thing. Our human need for clearly delineated boundaries leads to division rather than unity, often imposing ‘us’ upon ‘them’. John Paul II’s Ordinatio Sacerdotalis was unhelpful in deciding once and for all time that the Church could not ordain women and his imposition of an eternal discipline was beyond his pay grade. Such statements hinder the movement of the Holy Spirit.

Sr Una talks of unity through diversity. Such an approach over the centuries would have saved countless lives and have given a more authentic witness to Christ than the great religious wars which have scarred the Body of Christ since the earliest times. In response to greater openness to the Spirit and unity through diversity, I can imagine non-Christians looking at our community and saying: “We’re not sure what they believe, but look how those Christians love one another!”

Una Kroll wries about wanting to see women bishops but not in to the current hieracrhy without renewed, reformed governance.

This is very relevant to women's ordination in the Church of England and the Roman Catholic Church. For women to be ordained as priests and bishops in the Roman Catholic Church this would require real collegiality, devolvement and cultural and gender diversity, for women to become truly part of the ordained ministry of the Church, rather than as an add-on to a current clerical,patriarchal structure.

Una Kroll's book Bread not Stones is clear, interesting and understandible for all readers working towards a renewed church. For campaigners, like me, who can get angry and prescriptive when the door remains firmly locked to them, this book offers some way forward that is loving, though firm and constructive. She has found a way of transforming past personal and structural wounds into a creative present. She writes about Unconditional Creative Love, how transformation happens and how she can now work with those opposed to her views if their work is "pointing to love." Una Kroll has spoken out all her life for others and I have found her work so helpful.

Pope John Paul wished to stifle discussion on the question of women priests with the hope that the issue would quietly go away. But it won't go away so long as Catholic lay people can observe for themselves how successful women priests have been in the Anglican Communion, with great pastoral benefits. Isn't that important? With the dearth of male vocations to the priesthood, it is just plainly absurd not to open up the priesthood to women if they genuinely feel they have a vocation. Well done, Sr. Una....for saying what, I suspect, most lay Catholics think!

With respect Martin I do not think it is an ontological impossibility to ordain women. Christ took his flesh from His mother. He redeemed us through his human flesh and divinity. To cling to Aristotelian biology that decreed that a human being came from the human male sperm implanted into a non-non-contributory female womb let to Aristotle's error: surely there is scope for more research into the very nature of our common humanity through a theological study of anthropology and relating it to Christology? I do not accept that Ordinatio Sacerdotalis was an infallible statement as defined in 1870 and I do not think the Catholic Church should be drawn into what sometimes feels like 'creeping infallibility'. I have the deepest respect for all papal statements and CDF's but I am not alone in mu opinions on this issue.

Really, Tablet, you're supposed to be a Catholic publication. This issue has been dealt with. Ordinatio Sacerdotalis put this to bed once and for all and the accompanying CDF letter was clear that all Catholics must give assent to the Church's teaching on the matter. A woman cannot be a priest. It is an ontological impossibility that they can receive orders validly. Why are you raking this up and giving publicity to such divisive and heterodox views?