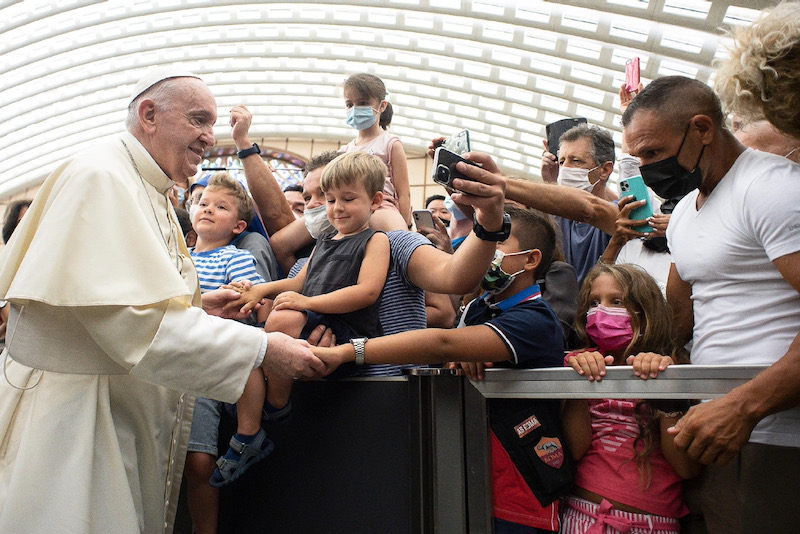 Journeying together on the road to synodality

The Common Good, twenty-five years on 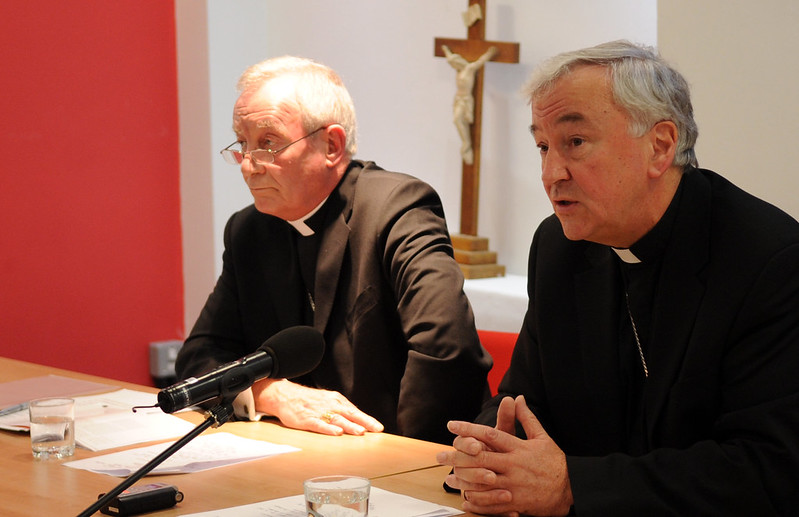 The Catholic bishops have been significant advocates of the common good and Catholic social teaching for decades.
Mazur/catholicchurch.org.uk

This year sees the 25th anniversary of the publication of The Common Good and the Catholic Church’s Social Teaching, a statement by the Catholic Bishops’ Conference of England and Wales prior to the general election in 1997. The status of the document itself as a contribution to magisterial teaching is of some interest. Clifford Longley, who was hired to assist the committee of bishops commissioned to produce a first draft, recalls (The Tablet, 1 Dec 2019) that due to doubts about the ability of any bishops’ conference  to contribute to magisterial teaching, as opposed to individual bishops, it was decided that each line of the document would be agreed by each bishop. This was a painstaking process, no doubt, but shows the determination of the bishops to produce an authoritative and unified statement.

It is certainly authoritative on Catholic Social Teaching and a good place to start for anyone who is looking for a general introduction. But it’s not authoritarian, an in a hermetically sealed statement that brooks no dissent. It is remarkably open, an invitation to the faithful to see the document as a starting point for discernment. The general purpose of the Church’s social teaching, the document says, is “to contribute to the formation of conscience as a basis for specific action” (27). The Church’s teaching authority is comprehensive in scope, it says, “but limited in its immediate practical application” (27). It is for discerning individuals and groups to decide how to apply this teaching in concrete circumstances. Two exceptions are cited as being binding on consciences: the Church’s condemnation of genocide and the deliberate encouragement of racial hatred. These are not debatable.

When the document says that the social teaching of the Church is “more relevant than ever” (4) it could well be talking to our day. Writing in 1996, the bishops lamented the “heated and partisan” nature of political discourse and sought to “raise the level of public debate” (4). Even then, they commented that a national debate of “soundbites and slogans” (4) would not serve the national interest. Since then, the level of political discourse has if anything deteriorated further, with more deeply polarised and antagonistic views in the wake of Brexit and the handling of the pandemic, amplified by the echo chamber of social media. The bishops’ 1996 statement, at 13,000 words, is an exemplary contribution to public debate, with a compellingly argued outline of the permanent principles of Catholic social teaching and how they might inform the conscience of citizens, whether Catholic or not.

When it comes to Catholics and their vote, the bishops are unambiguous: “It is not for bishops to tell people how to vote” (2). This is in marked contrast to the approach of some American bishops last year who encouraged their communities not to vote for the Democratic presidential candidate Joe Biden because of his political stance on abortion. The 1996 document is strong on right to life issues and decries the “culture of death” in Britain since the passing of the Abortion Act thirty years previously. However, it resists the temptation to make abortion the only issue in determining how Catholics should vote. A broader view is taken. “A general election,” the bishops say, “must never be confused with a single-issue referendum” (65). The bishops envisage voting for a candidate while not agreeing with them on every issue, encouraging dialogue over the contested issues.

A general approach to the public arena is derived from the integral Christian humanism which became a central feature of Church teaching from Vatican II onwards, inspired by mid-20th century Catholic intellectuals such as Jacques Maritain. Gaudium et Spes states that “the better ordering of human society” (G&S, 39) is a vital concern of the kingdom of God. Pope Paul VI, In his 1975 encyclical Evangelii Nuntiandi, said that the great gift of salvation was “liberation from everything that oppresses human beings” (EN, 9). Liberation from sin, yes, but also liberation from oppressive social circumstances. In the 1980s this theme was somewhat muted by concerns about liberation theology, but in 1990 St John Paul II, to the surprise of some, came back to this teaching strongly in Redemptoris Missio (1990), stating that, “The liberation and salvation brought by the kingdom of God come to the human person both in his physical and spiritual dimensions” (RM, 14).

This bishops of England and Wales in 1996 are very much in line with this approach when they state that, “Evangelisation also requires the transformation of an unjust social order; and one of its primary tasks is to oppose and denounce such injustices” (40). At a time when the injustices and inequalities of our society have been brutally exposed by the pandemic, and the call to “build back better” begins to look like the same old call for a strong (if ‘green’) economy, we need to hear this message again, louder than ever. As Pope Francis has reiterated, acts of mercy are not enough. Catholics are called to work to “eliminate the structural causes of poverty and to promote the integral development of the poor” (EG, 188). A call to prophetic action.

The Common Good statement ends with a number of appendices which make it clear how much of a helpful resource this was intended to be. There are extracts from the corpus of Catholic Social Teaching from Leo XIII to John Paul II. There is an insert with “suggestions for presenting and studying The Common Good in parishes and small groups” with an emphasis on the See-Judge-Act method which John XXIII, in Mater et Magistra, stated should be the method for applying the social doctrine of the Church. There is also a section entitled “Catholic resources” which refers to the Catholic Agency for Social Concern (CASC) which had recently been established. One of the first tasks of the new agency was to conduct a “social audit” to give an overall picture of the welfare resources of the Catholic Church in England and Wales. It makes for inspiring reading.

One of my priorities for Caritas Social Action Network, the successor of CASC, is to undertake a new “social audit” and update the picture of the work of the Catholic community in tackling the causes of poverty, promoting justice and restoring dignity. We have a story to tell, and it is good news. Whatever else has happened in the Church to shame us, there has been no let up among the faithful in their commitment to the common good, to building up the kingdom of love, peace and justice.

The 1996 document ends with a summons from the bishops to the Catholic community which is even more urgent now than it was then: “We urge the Catholic people of England and Wales to take up the challenge of applying to our society all the principles of Catholic Social Teaching that we have outlined, and thus to advance the common good in collaboration with likeminded citizens of every political and religious allegiance” (120).