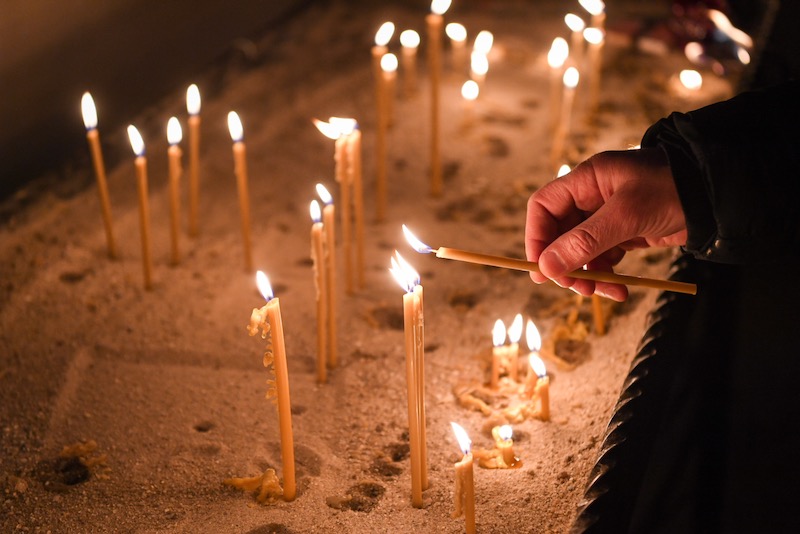 On Candlemas, let's light a candle to those lost to Covid 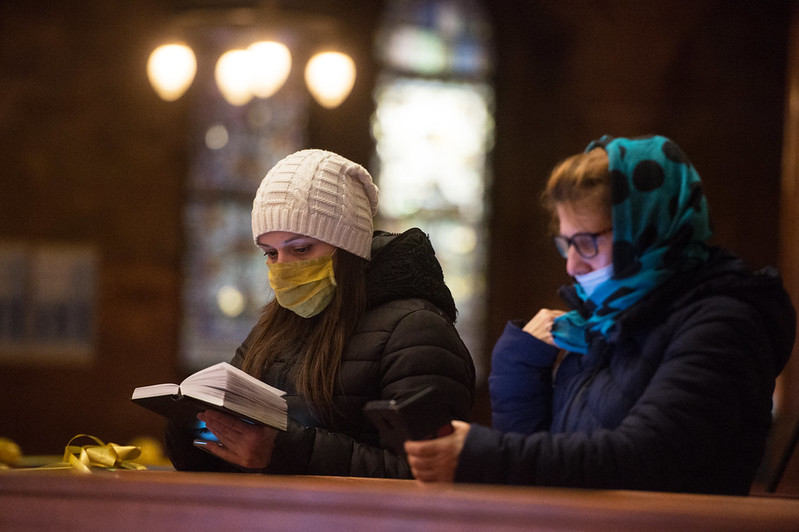 Catholic women in church in England on Christmas Eve.
Mazur/catholicnews.org.uk

What a relief it was to discover that the Pope has changed Canon Law to allow for the possibility that women can read at church, or be altar servers. I’ve been reading at Mass off and on since I was at school, though being an altar server was never an option for me in any of my parishes, and I would have hated to end up in a Vatican dungeon like the Venerable Mary Ward.

Obviously I’m joking, but it’s interesting that this change of wording was significant enough to make the national news in the UK (briefly). It is such a tiny change, replacing “lay men” with “lay people”, and hedged about with provisos insisting that it means no more than it says and has no impact on the absolute impossibility that women should ever enter Holy Orders or have any formal say in the Church.

It is good to see the Pope changing discriminatory words to reflect what is after all accepted practice in many countries. We can hope that it will mean that excluding women from being readers or from helping in other ways will become less accepted in some other countries and dioceses.  Women’s work as catechists and cleaners has never been regarded as questionable, funnily enough. Above all, it’s encouraging to see the Pope, the Church and others accepting that the words make a difference, that language matters, that it has an important role to play. There is now a formal Church document which accepts women’s presence near the altar as legitimate.

Human being use language to shape the reality of their lives. It is one of the most powerful tools we have, which is why our brains are set up to spend so much time and effort acquiring it in the early stages and getting it right. Every human interacting with a tiny human is hardwired to correct their language even though both of them may not even notice. Watch a person with a toddler: he or she will accept what the child says, correct it if necessary, turn it round, repeat it and give it back to the child, who may or may not repeat it immediately, but will unconsciously notice the correction, absorb it and eventually deploy it, at some point in the future. It’s completely automatic and unconscious, which is why it’s so much harder to learn languages once you are older and doing it deliberately.

Most languages are heavily gendered, and this makes a difference to everything we say. It makes a difference to the very way we think, to the way we perceive the world, to the judgments we make. If you only ever hear the word “fireman”, you are unlikely to regard it as a possible career choice for a female. That has changed with the adoption of “firefighter”. Female job-words are often freighted with inferiority, which is why a male cook has to be called a chef. Many respected actresses prefer the term “actor” to describe themselves. Actress, governess, shepherdess: all these words have overtones, and let’s not even think about priestess.

Iconography works the same way. Shown a picture of mixed health professionals, many people still assume that the men are doctors and the women nurses or receptionists. This is why it was disquieting, at the beginning of the pandemic, that so few women readers were included in live stream Masses. It’s concerning to use exclusively male pictures and language in an area, such as religion, where God is equally interested in both halves of the human race, or do we not actually believe that? It’s hard to enthuse daughters about a Church which sends the message that they are irrelevant or insignificant. Actions follow and reinforce language. They can speak even more loudly. A clear message is sent when no females appear on camera during a livestream Mass, and it isn’t the message that everyone in that church is loved and valued, especially if they are addressed as “brothers”.

In my work as a church musician I get to compare week by week the different English translations used by the main anglophone Lectionaries, and it is truly interesting. The most recent Mass version is designed to be uniform across all the English-speaking countries, but for the psalms and readings we still have national Lectionaries. It is possible over time to see how stylistic preferences affect the translations, and at least some of the difficulties which many UK Catholics have with the “new” Mass words are due to different understandings of what is good (let alone high) style on both sides of the Atlantic. British good style is simple and understated, where Americans value the orotund. Neither is intrinsically better; the difficulties arise when one country’s style is imposed on the other.

For the Responsorial Psalm (and the Gospel Acclamation), usually everybody except the US and the Philippines has the same words for the verses, taken from the Grail/Gelineau edition, because it is so good for singing. The Response, though, is often taken from the (different) US translation, so there can be two versions of the same words even within one Responsorial Psalm.

Being British, I find the understated style more effective, but I have to admit that one area where the UK version is often simply less good is in the area of non-inclusive language. And the other-country versions show how easy it can be (though not always) to come up with a version which does not leave the majority of the congregation feeling deliberately left out.  This is another reason why I am so pleased by the Pope’s Apostolic letter, because finally we are admitting that “men” does not automatically include women, that we need to reflect in our language as well as our practice that some members of the Church just happen to be female.

Take the Gospel Acclamation for the First Sunday of Lent. It is Christ’s words in answer to the first temptation in the wilderness. The UK version is “Man does not live by bread alone...” The US version is “One does not…”, a praiseworthy attempt but clumsy. The Australian version is “No one lives..”, which is neat, simple and inclusive. There are lots of similar examples, but I will give just one more.  The psalm at All Saints (Psalm 23/24) has the Response in the UK version “Such are the men who seek your face”, which is a slap in the face to all the women sitting in the congregation. The US and Australasia version is “This is the people who longs to see your face”, which works, but is slightly odd grammatically. The Canadian version is “This is the company of those who seek your face”, which I like very much, as it has a pilgrim community flavour.  Translation should be sensitive, not slavish.  St Paul may have written: “You are sons of light and sons of the day” in 1 Thess 5.5, but I didn’t kindle until I heard the Dan Schutte rendition “sons of the morning [...] daughters of day” (in City of God, not my favourite hymn, but an inspired bit of translation).

In the same way, it is sad to see the Church in Britain opting again for a Bible translation which chooses, in our modern era, to use non-inclusive language. We would not need a separate theology for women if more men in the Church could admit that women are people too, but this isn’t going to happen if we keep removing them from the narrative.  It is rare to hear women’s words in the readings at church;  there are few in the Bible to choose from. Those who resist inclusive language find it easy to remove what few references to women the liturgy already allows, so the “handmaid” in Mary’s Magnificat is translated as “servant’, because that’s neutral.  Specifically female references are omitted (see Ps 115/116, v.16, where another “handmaid” goes missing in many versions of the Responsorial Psalm, although the US version keeps it in). Why are we still saying “for us men” in the Creed?  There’s another place where we can be more inclusive by simply leaving a word out. And it’s a bad translation : “homines” is not “men’, it is “people”.

When I was investigating what the Pope’s change actually meant, I came across an answer given by a priest in 2004 on the web, to a question about whether female altar servers should be permitted.  Here is the fascinating conclusion, after a lengthy explanation about how they might deter boys, who after all matter more because they can grow up to be priests :

When girls do serve, it is probably best to aim for a mixture of boys and girls – if only to avoid giving the impression to the congregation that Catholicism is above all a female activity.

I don’t think that anyone, then or now, could ever have gained that impression, though I have seen historical accounts which claim that there were far more women than men in the early Church, and sometimes, when you look around a congregation, rather than at the sanctuary, you might just think it again. Women have been amazingly tolerant and co-operative for the last 2000-odd years, often vilified and imprisoned (even the saints among us) by some of the men running the Church. Now at last they are officially allowed to read to the congregation. God and Jesus are never frightened of women; men should try not to be. This change may be only a small chink of light, but at the Easter Vigil we start with a single candle.