Pope says women can be acolytes and lectors 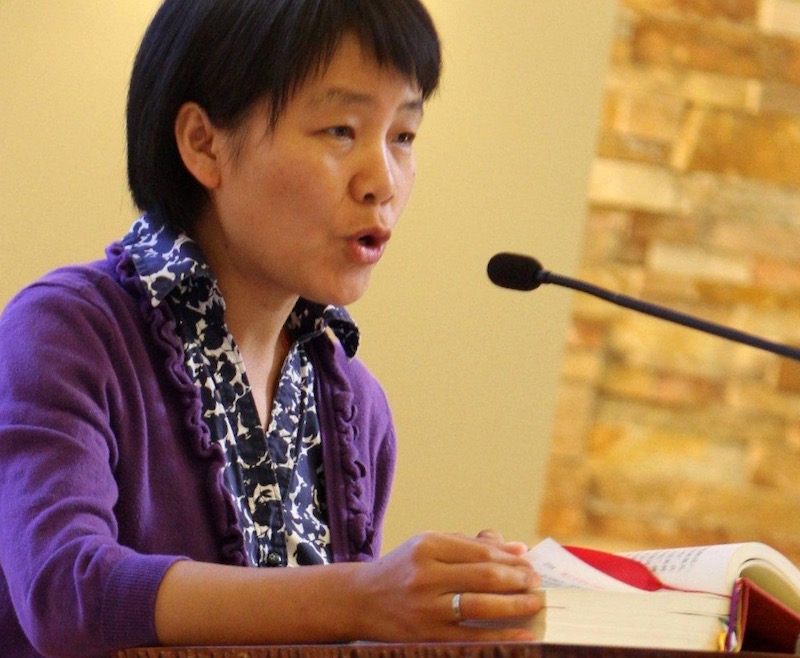 A woman reads during Mass at a church in Ronkonkoma, New York.
CNS photo/Gregory A. Shemitz

Pope Francis has changed Church law officially to recognise female ministry and allow women to be instituted into roles previously reserved to men.

In a ruling on 11 January, Francis amended Canon Law so that women can become lectors and acolytes, which are both public ministries. The role of lector reads the scriptures during Mass while an acolyte assists a priest as an altar server.

One significance of the change is that until now it was mainly seminarians who were instituted into these positions in a formal ceremony carried out by a bishop. Both lector and acolyte roles are seen as staging posts on the path to the priesthood.

In practice, however, Francis is codifying what is already happening across the world. Women are often seen reading at Mass, while female altar servers are long-established. Nevertheless, church law had previously stated that only “lay men” could hold the lector and acolyte positions and Francis has now changed the wording to “lay people”.

The real impact of the Pope’s reform is in the symbolic significance of recognising women’s roles.

“This is the first official document in modern times to allow women across the altar rail during the Mass,” Phyllis Zagano, an academic from Hofstra University who has written extensively about the role of women in the Church, told The Tablet. “They are formally stating that women are equally human to men in terms of liturgical action.”

Explaining the changes, the Pope said he was following the reforms of the Second Vatican Council which saw “an urgent need” to “rediscover the co-responsibility of all the baptised in the Church.” The change, he added, has also been recommended by some synod of bishops gatherings, including the 2019 meeting on the Amazon region where women are already heavily involved in leading church communities.

In a letter explaining the changes to Cardinal Luis Ladaria, the Prefect of the Congregation for the Doctrine of the Faith, Francis said that admitting women as lectors and acolytes will “entail a stability, a public recognition and a mandate from the bishop” which would entail a “more effective participation of everyone in the Church participation in the work of evangelisation.”

Francis’ reforms are likely to be resisted by traditionalists who are opposed to female altar servers while being wary about any shift that gives succour to those supportive of women’s ordination. The Pope has repeatedly stated he is opposed to female priests, pledging his loyalty to the ruling by John Paul II in 1994.

Writing to Cardinal Ladaria, Francis quoted his predecessor saying the Church has “no authority whatsoever to confer priestly ordination on women” it is possible to overcome this restriction when it comes to “non-ordained ministries.”

In the apostolic letter, Spiritus Domini, where Francis sets out the latest change, he says that “a doctrinal development” has taken place in recent years which shows that “certain ministries instituted by the Church are based on the common condition of being baptised”. These, he points out, are distinct from ordained ministry.

Throughout his pontificate, Francis has sought to include women in decision making and leadership roles in the Church, by appointing them to positions in the Vatican. He recently praised female leaders for handling the Covid-19 pandemic better than their male counterparts. But some feel he has not gone far enough, and point to the dominance of men in the Vatican.

Furthermore, at the Amazon synod, when bishops called for the re-introduction of female deacons – a feature of the early Church – Francis did not give an answer. Instead, he rebooted a commission so the question could continue to be debated. Deacons are not priests but are members of the clergy.

His latest ruling could, however, push forward the possibility of female deacons in the long run as it officially recognises the role of women at the altar. In 2009, Benedict XVI changed canon law to distinguish deacons from priests clarifying that only priests act “in the person of Christ.” Some argue that this distinction makes it possible to open the diaconate to women without it being a step toward female priesthood.