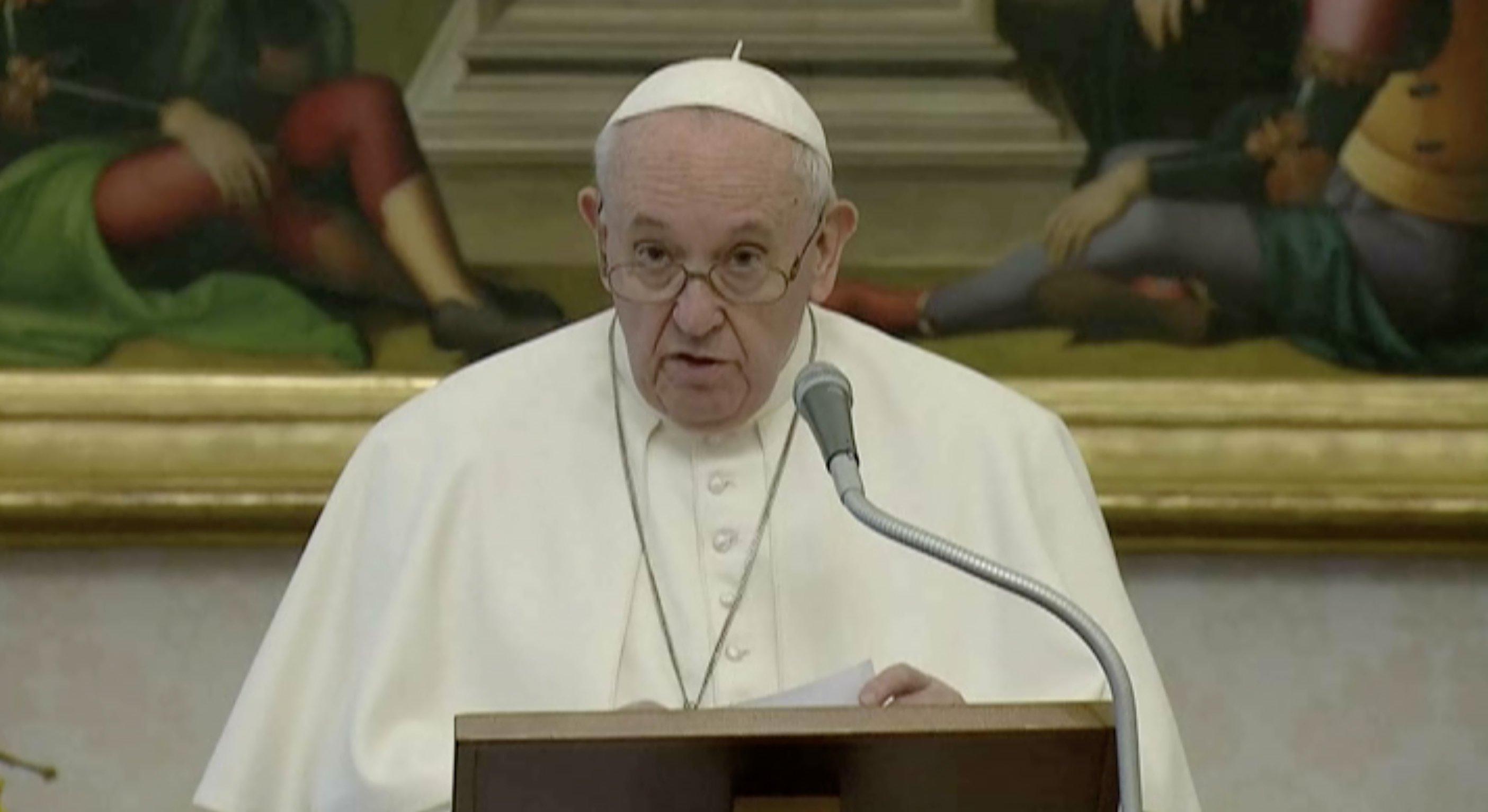 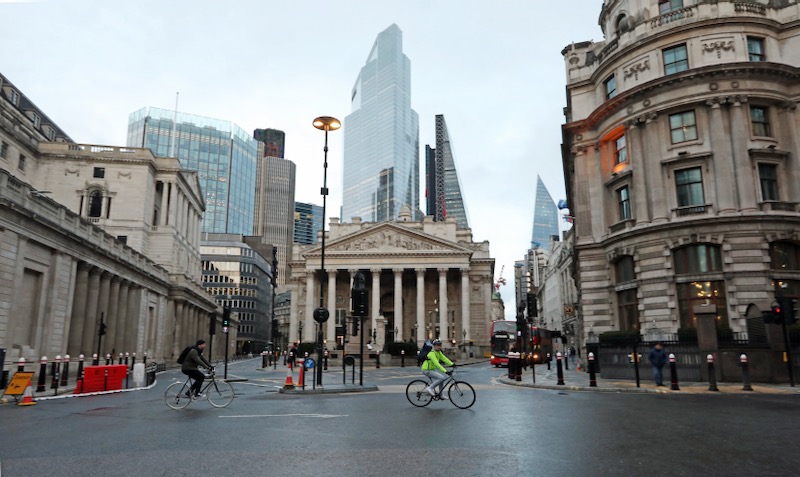 Bank junction in the heart of the City of London at the start of 2021.
Luciana Guerra/PA

The fund is expected to launch on 1 April and will, according to the CCLA “invest responsibly to support sustainable development and adopt a faith-consistent investment policy that aligns with the teachings of the Catholic Church”.

These ethical requirements will be overseen by a committee with members from “Catholic religious orders, organisations and charities”.

Catholic social teaching has long been a major force in politics and economics and has its origins in Papal encyclicals such as Rerum Novarum and Quadragesimo Anno, responding to the emerging class and social conflicts generated by modern industrial capitalism.

Traditionally it has centred on questions of human dignity, social justice and the rights of workers, and this has been strongly reaffirmed and applied to new frontiers such as the environmental and refugee crises under Pope Francis.

Catholic social teaching has long been standing in the wings of British politics, offering an at once radical and conservative vision apart from the normal prejudices of left and right, and has grown in relevance and influence in the wake of the crises of the last twelve years. Over that time it has often been flirted with by the Labour Party but has never previously managed fully to break through.

Canon Christopher Thomas, speaking for the Catholic Bishop’s Conference of England and Wales, said: “I am pleased to support CCLA’s Catholic Investment Fund. The teaching of Pope Francis through his encyclical letters Laudato Si’ and Fratelli Tutti clearly directs us to ensure that financial investment and our national and global economy must reflect care for the human person and care for our common home. As such, all financial decisions should have these two goals firmly in the mind of decision makers.”

CCLA already represents many Catholic organisations including dioceses, charities and schools and will no doubt be hoping to solidify its reputation as an ethical investor amongst Catholics.

Peter Hugh Smith, the Chief Executive of the CCLA said of the initiative: “The Catholic Investment Fund aligns its investment selection with Catholic Social Teaching and reflects our long history of generating collective action on issues related to social justice. We firmly believe that investment markets and the companies that are traded on them, can only be as healthy as the communities that support them.”

In an interview with the Tablet the CCLA’s head of ethical and responsible investment, James Corah, outlined how the idea of a bespoke fund had emerged. CCLA regularly conducts an “ethical review” and there was a particular sense that Catholic clients, though generally happy with CCLA’s investment offerings, had particular concerns about “life-based issues”.

In other words they wanted to divest their money from businesses which profited from or contributed to abortion, embryology, euthanasia and other practices that contravene Catholic teaching on the sanctity of life.

The first step in the process was the formation of a committee of Catholic thinkers and leaders “with genuine representation across the Church” whose role it would be to advise and help shape a distinctively Catholic investment policy. James described the committee as the central “tool” of this new faith consistent investment policy and said “it’s there to help this fund have a policy that lives and breathes the mission and witness of the faith”.

When James was challenged on whether the fund was more than a branding exercise to attract more Catholic investors, his response was unambiguous; he described an approach where the committee and the catholic faith they represented were central in shaping the fund from day one.

The initial proposals put before the committee were welcomed as “the investment community going to the Catholic Faith” but as discussions continued this developed into something much more ambitious. James described CCLA’s commitment to “empower the client and the asset-owner” and went on to talk about what this meant. The first part – “the very specific things that we will not buy for the fund because they contradict Catholic teachings” – will be hugely important to committed Catholics. But the second has implications that go far wider, and speaks to the universal applicability of Catholic social teaching. James sees the role of the fund and its committee as one that “enriches CCLA-wide activities, the active ownership work we do…this is very specifically an attempt to merge the Catholic faith with the investment community.”

Citing areas such as “mental health”, the “dignity of labour” and CCLA’s “active-ownership” policy, James outlined how the fund would share in ethical investment fund-wide activities and priorities, and the committee would help contribute to what James describes as the “stewardship” role that CCLA plays in partnering with and advising companies to improve their ethical standards.

The new fund carries the promise of a substantive and mutually enriching partnership between Catholic thought and the CCLA as a whole. The advisory committee is bringing together the Catholic tradition of social, political and ethical thought with modern investment banking, and includes a wide range of figures with backgrounds in both finance and theology.

Although a full list is not yet available, the examples are striking. They include Dr Catherine Cowley, a former investment banker and sister of the Religious of the Assumption; Canon Thomas and Fr Keith McMillan SJ, a chaplain at Oxford University, representing the Jesuits.