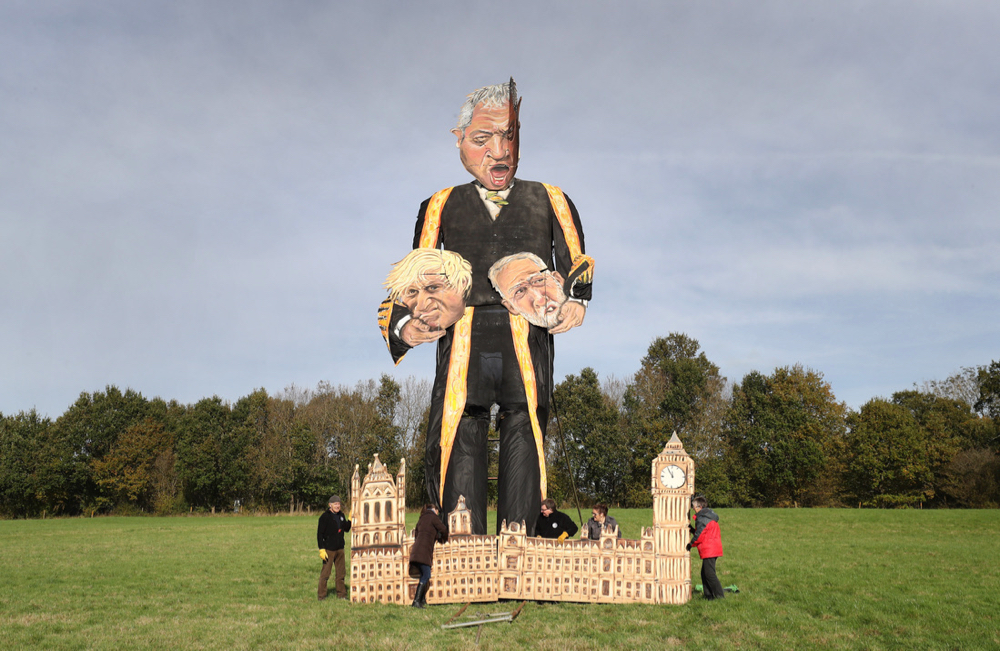 Brexit unleashed: perfidious Albion and the likely break-up of the Union

How the concept of the common good can help with Brexit 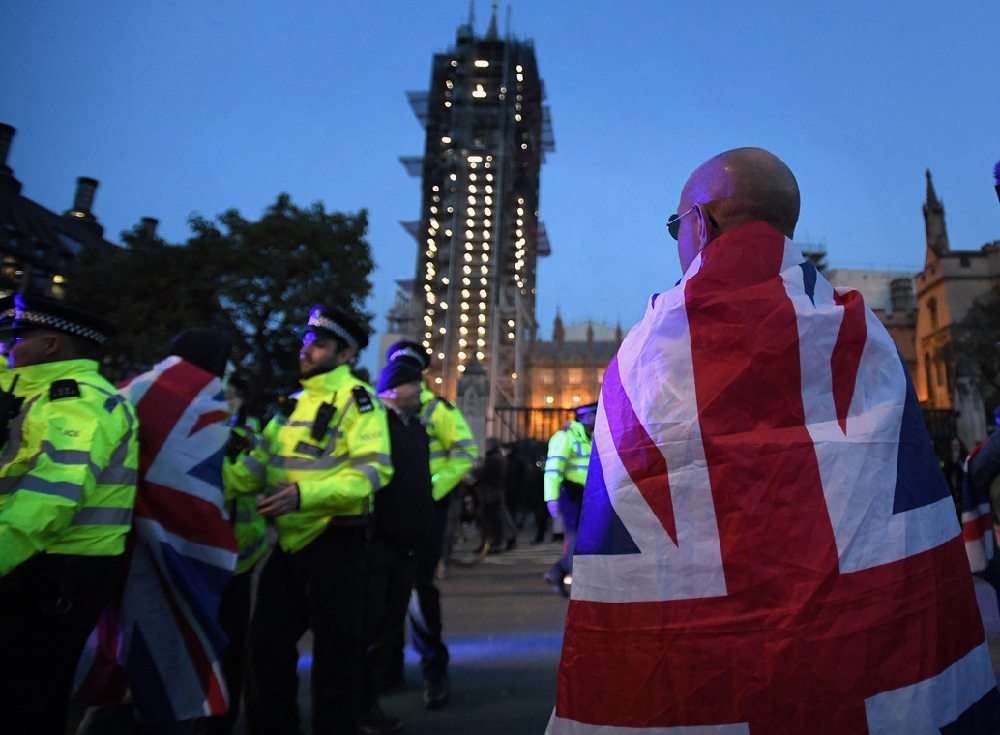 Police and Pro Brexit demonstrators outside the Houses of Parliament in London.
David Mirzoeff/PA Wire/PA Images

Welcome to the opening stages of the first truly post-Modern general election in the United Kingdom. Post-Modernism involves the deconstruction of meta-narratives, and the very secular British have by now effectively deconstructed theirs. Brexit is the result. So the country has embarked on a search for national leadership, without any agreed unifying idea what the nation is about and therefore for what purposes its leadership ought to stand.

This is a profound consequence of the dominance of secularism, which broke up the previous meta-narrative, the idea of Christian Britain. Indeed, its rejection has been so thorough that it has even become conceivable to suppose that there never was such an idea. With the abandonment of religion goes the loss of the religious imagination, which makes it impossible to put ourselves in the shoes of others with a different world-view and thus to see the world, though somewhat hazily perhaps, as they see it.

In 1867 Matthew Arnold anticipated what this would feel like, when he described, in his poem Dover Beach, the "long withdrawing roar" of the Sea of Faith as it retreated, leaving exposed only "naked shingles" on the shore. The Sea of Faith is a form of meta-narrative, depicting an all-embracing, all-explaining yet mysterious set of assumptions rooted in the idea of a deity, a brooding all-seeing all-knowing background presence within and behind everything that is and moves and has its being.

This goes some way to explain how politics on both left and right have retreated to ideological extremes, and how confusing it is to be anywhere else than on those extremes, caught in the middle without a compass. One extreme is a sort of watered-down and well-modified Marxism, espoused by Jeremy Corbyn and many of those around him, that sees unbridled capitalism as not just harmful but evil. It also sees – and this is where Marxism kicks in – that such capitalism is doomed by its own contradictions, and the socialist politician's job is simply to speed it on its way.

So this is a form of economic determinism, or historical inevitability, that in the 17th century would have been called predestination. The essence of predestination is that while we have limited scope for cooperating with it or not, we cannot overturn it.

But there is an equivalent economic determinism on the right, that regards market forces as "the one true path", and our choices are limited to helping them or hindering them. Ultimately, says the theory, markets cannot be bucked. The politician's job, essentially, is to get out of the way.

What helps to bolster these two left-wing and right-wing forms of economic determinism is that neither of them have much time for ethical values and abiding moral truths embedded in culture, nor for principles of social behaviour derived from basic shared beliefs about life and its purpose (ie, a meta-narrative).

And it is the decline of any comfortable space for such non-ideological middle ground which I would identify with liberal secularism. All is pragmatism. Its practitioners only ask "What works best?" and resort to such nebulous concepts as the "greatest good of the greatest number", without recognising that they are begging the question, because they cannot envisage that the very term "good" implies a moral standpoint outside their belief system. The questions people don't ask are generally the questions they can't answer. 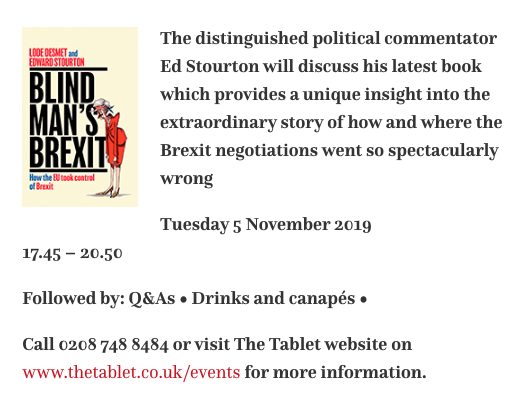 So post-Marxist anti-capitalist determinism and capitalist free market determinism are where the magnetic poles lie in this post-Modern landscape, and they attract people who are looking for ideological certainty. It is this certainty that motivates party zealots to pound the cold and wet pavements in the autumn twilight, canvassing for votes.

It is true that we still have available to us the background radiation of residual Christianity, slightly more than mere nostalgic sentimentality, which as a society we are about to experience again as Christmas approaches. People genuinely are more compassionate as the Christian influence rises with the onset of the season, only for it to deflate once Epiphany is past (and increasingly, before that.) It shows itself in such elusive and difficult to define concepts such as "fairness", and "what is right".

"Capitalism is the only way" and "capitalism is evil" are simple ideas with definite content. The only systematic scheme which stands between them, in my experience, is Catholic Social Teaching with its promotion of the idea of the common good. It may be God's will, but there is no deterministic "invisible hand" behind it, as there is both in free market capitalism and in Marxism. It remains a moral choice, an exercise of free will. Secularism does not like free will, as it can't explain it.

In Labour's case the two historical sources of its socialist ideals, Marxism and Methodism, have seen the former eclipse the latter, which is how secularism progresses. Methodism has declined almost to vanishing point as an influence in British politics, which is very sad indeed. It was never deterministic. The future was undecided.

In the Conservative case, Disraeli’s observation that there were "two nations" in Britain, the rich and the poor, who knew little of each other and cared less, was to even a nominal Anglican Christian an intolerable state of affairs. It wasn't inevitable, though there were political economists at the time who thought it was. That High Tory sense of shame led to the response which became known as One Nation Conservatism, dedicated to bringing the two halves together.

One sees it in the notion of "Christian Britain", in William Temple's compelling advocacy of a "Christian order" in society, the meta-narrative which eventually spawned the Welfare State and the National Health Service. But the politics of One Nation Toryism did not fit easily with free market beliefs in liberating the economy and shrinking the state, where the guiding principle of both private and public service becomes the maximisation of profit. Again, secularism favoured economic determinism, this time on the right. Thatcherism saw the displacement of One Nation Toryism by free-market Toryism (though it borrowed some of the One Nation pieties). The secularist trend won again.

If the Sea of Faith ever came back to cover Matthew Arnold's naked beaches, it would very probably be in the form of the common good, as an over-arching moral principle by which policy should be tested. It is the sort of unifying idea British society needs: it is not a meta-narrative, nor is it ideological, and it could easily be called post-Modern. But so far, in the early days of the 2019 election campaign, I have not heard the phrase referred to even once. There is a long way still to go.

What does the principle of the common good, with its implied sub-principles of human dignity, solidarity and subsidiarity, say about Brexit, hard or soft? That is what we ought to be asking.