Tough times ahead for global leaders of Catholic universities

The magazine's front cover makes a play on Jesus' words, 'Get thee behind me, Satan.' 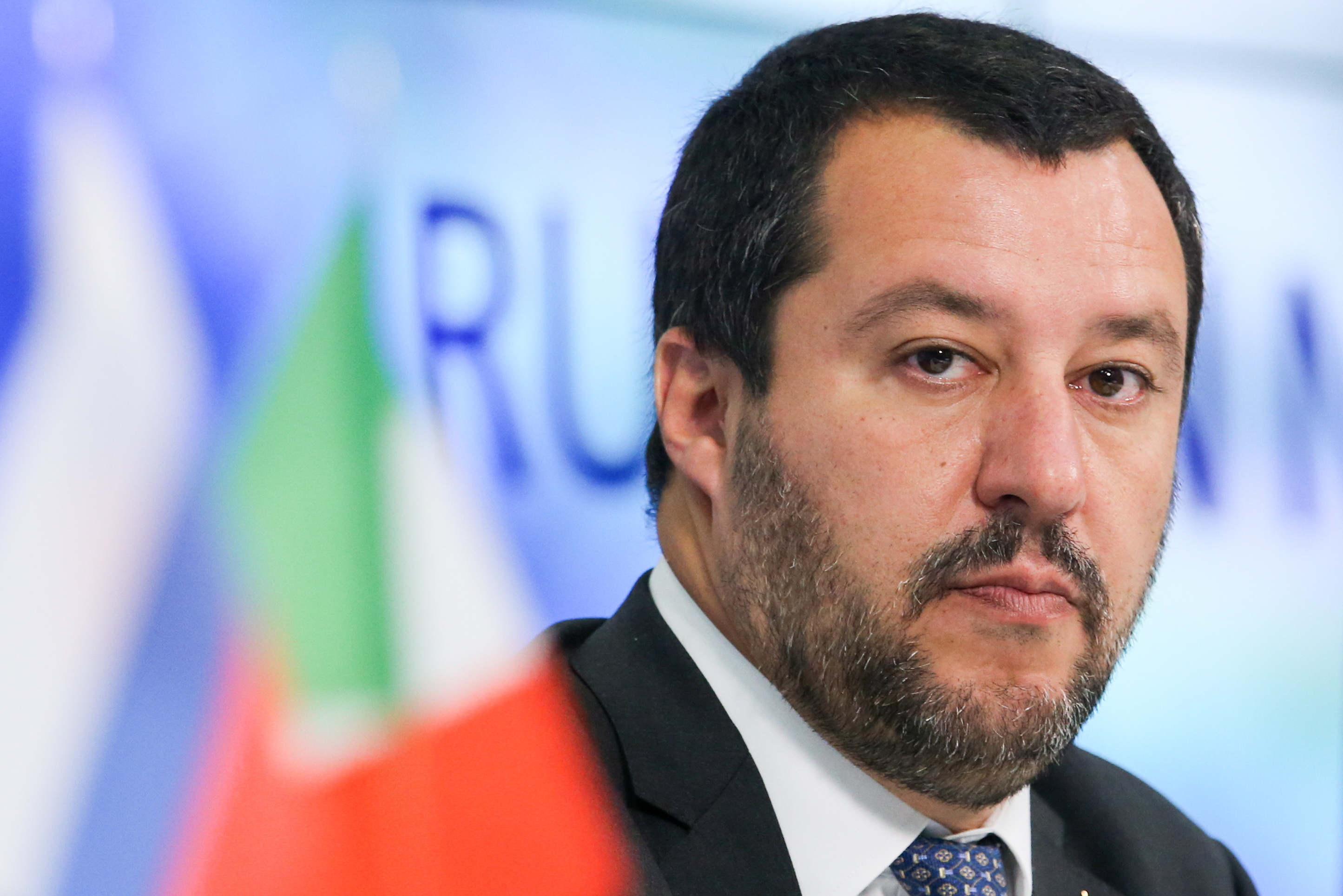 A Catholic magazine has compared Matteo Salvini to the devil in a blistering critique of the anti-migrant policies of Italy’s interior minister.

Famiglia Cristiana, which sells almost 250,000 copies each week, has published a front cover with a Latin headline: “Vade retro, Salvini” a play on Jesus’ words: “Get behind me, Satan.” The phrase “Vade retro Satana” is also a medieval formula used when exorcising the Devil.

Below the cover headline are the words: "It's not personal, or ideological, it's about the Gospel” while inside there is a detailed break down of the Italian cardinals and bishops who have spoken out in opposition to the Mr Salvini's stance.

The magazine's front cover lit up social media in Italy soon after its release and has sparked a huge debate with some heavily criticising the cover headline while others have praised the editor for taking a courageous stand.

Mr Salvini replied to Famiglia Cristiana via Twitter writing that while he is not a "perfect" Christian, "I do not think I deserve that."

He added: "I am comforted by the fact that I receive the support every day of so many men and women of the church.”

Soon after taking up a key position in Italy’s new coalition the leader of the anti-migrant Northern League party has taken a tough line on new arrivals announcing the country’s port would be closed to ships carrying immigrants.

“The good times for illegals are over – get ready to pack your bags,” he said on 3 June.

It’s not just that Mr Salvini’s rhetoric contrasts sharply with Pope Francis’ repeated calls to migrants and reminders from Italian prelates that Christians should welcome strangers that presents a problem for the Church.

The interior minister – who also holds the position of deputy prime minister – has used religious symbols while campaigning. He once held up a rosary and swore to apply what is "envisaged" in Italy's constitution and to do so "according to the teaching in the sacred gospels".

“If before swearing on the Gospel during his electoral campaign Matteo Salvini had actually read a couple of pages, he now perhaps wouldn’t find himself so out of touch with the words of the Catholic Church,” states an article in Famiglia Cristiana.

The use of religious symbols to support nationalist, anti-migrant political platforms is also worrying senior figures in Rome.

Fr Antonio Spadaro, an adviser to Pope Francis, yesterday criticised Northern League’s attempts to require ports and public institutions to display a crucifix, saying it is not a “team emblem” to be used for political ends. He also tweeted to anti-migrant politicians to keep their “hands off” the crucifix which he said “screams love to the enemy and unconditional welcome”.

Speaking during a discussion on Wednesday evening in Rome titled “Pope Francis and the State of the Church” the director of the Jesuit magazine La Civiltà Cattolica explained the Pope rejects a “neo-constantine” vision of Catholicism where the Church becomes a power “like any other”.

Distinguishing between serving people and populism, Fr Spadaro said the risk for the Church is “very high” when sacred symbols are used by political groups, and that transforming religion in an ideology is “the death of faith”.

In its latest edition, Famiglia Cristiana details the criticism by bishops and cardinals of closing off Italy to migrants including a recent statement by the leaderships of the country’s bishops’ conference warning against a rise in xenophobia across Europe.

Cardinal Francesco Montenegro of Agrigento in Sicily also writes his own article in the latest edition, arguing that rejecting those seeking a new life in Italy and in Europe is like rejecting God.

“Not welcoming them, especially closing our hearts, means not recognising God present in them, and hence rejecting Him,” says the cardinal, who oversees the work of Caritas in Italy. “I ask myself, is rejecting God not an act of atheism?”

Despite vocal criticism from inside the Church, Mr Salvini’s approval ratings in June soared to 30 per cent, 10 percentage points higher than in March when Italy’s elections took place.

According to the Interior ministry, in 2016 88,360 people arrived on migrant ships with the number increasing to 94,448 a year later. In 2018 the numbers have dipped sharply to 18,130 but there has been an increase in migrant drownings in the Mediterranean with Famiglia Cristiana reporting 1,490 deaths from January 1 to July 18. Last Sunday the Pope cited the rise in the number of drownings and called on the international community to act.

While Mr Salvini announced the closure of Italy’s ports soon after taking office, this week Italy announced it would reopen them to migrant rescue ships as Brussels prepared to announce a plan to pay EU countries €6,000 (about £5,350) to take each refugee.

Famiglia Cristiana, founded in Milan in 1931, was originally aimed at Catholics living in rural parts of northern Italy and aimed at offering practical spiritual guidance.

Today it contains a mix of articles on religion, fashion, politics and human interest stories and while the focus tends to be on the softer end of the magazine market, it is also unafraid of speaking out on issues inside and outside of the Church.