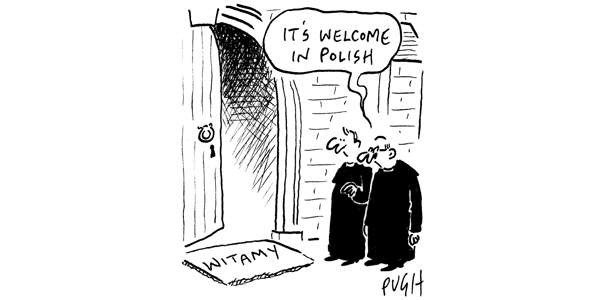 The Catholic Church must be pro-life when it comes to the unborn and to those who are vulnerable at the end of their lives, the Archbishop of Dublin, Diarmuid Martin has said.

“Being pro-life is not an ideological position. The Church is called to be pro-life not just in words and statements and manifestoes but to be pro-life in deeds,” according to the archbishop, who was speaking at the Dublin diocesan pilgrimage to the Marian Shrine in Knock, County Mayo. He said the Church “must always be a beacon of support for life at its most vulnerable … at any vulnerable moment”.

Meanwhile, in a pastoral letter read out in parishes across the Ferns diocese last weekend, Bishop Denis Brennan warned that the upcoming poll on abortion is “not a referendum about abortion in limited circumstances”.

If the upcoming referendum is passed, he said, the proposed new law would permit abortion on demand in the first three months of pregnancy, which is when about 90 per cent of abortions take place. “The vast majority of these will not involve hard cases. Both the mothers and their babies will almost always be perfectly healthy,” the bishop said.

Ireland’s referendum on 25 May could end the ban on abortion if the electorate votes to repeal the Eighth Amendment of Article 40.3.3 of the constitution that recognises the equal right to life of both mother and unborn child. In the event of a Yes vote, parliament will set the country’s abortion laws in future.

A number of bishops have issued pastoral letters on the referendum but latest opinion polls show a majority in favour of repealing the Eighth Amendment. A poll in the Irish Times last week found that 47 per cent of voters say they will vote Yes, while 28 per cent said they would vote No. One in five people said they were not sure how they would vote.

Bishop Brennan said that removing the Amendment and replacing it with laws that allow for unrestricted abortion up to 12 weeks will “strip the voiceless of their most fundamental [human] right”.