In 2016 von Boeselager was dismissed from the Order’s post of Grand Chancellor. He was reinstated last year 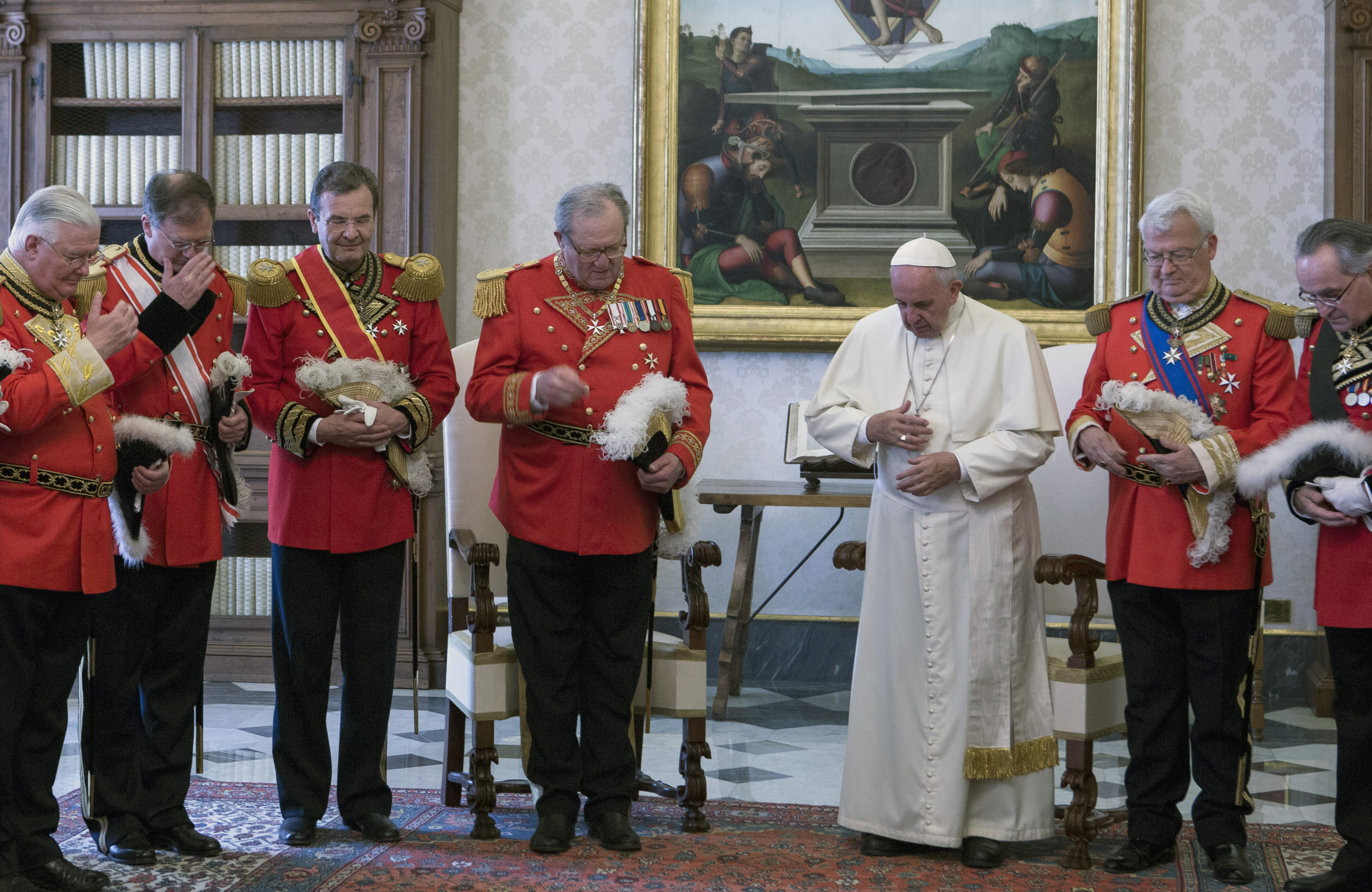 The Grand Chancellor of the Sovereign Order of Malta, Albrecht von Boeselager, has said that the reform process that the Order is going through at the moment is “like all reform processes … proving painful”.

In December 2016 von Boeselager was dismissed from the Order’s number three post of Grand Chancellor by the then Grand Master, Fra’ Matthew Festing. Von Boeselager was told, incorrectly, that the dismissal was what the Holy See wanted, though Fra' Matthew points out that he did not do this "on my own bat".

In the ensuing row Pope Francis insisted on the resignation of Fra’ Matthew and demanded a major reform of the Order. Von Boesalager was reinstated in January 2017, and the Knights now have an interim leader, Fra’ Giacomo dalla Torre del Tempio di Sanguinetto, a Roman aristocrat.

Fra’ Matthew recently told The Tablet that he consulted both Cardinal Raymond Burke, the order’s patron, and the Vatican’s doctrinal congregation before sacking Von Boeselager. But a letter from Pope Francis and another from Cardinal Pietro Parolin called for Von Boeselager’s case to be resolved through dialogue.

Interviewed by KNA news agency at Kreuzberg Castle in the Rhineland-Palatinate where his family, which goes back to the fourteenth century, has lived since 1820, von Boeselager was asked whether the reform process was a matter of “those loyal to Pope Francis against Francis’ opponents”.

“No, that does not play a role in this debate”, he replied. “I would rather put it this way: there are those who are frightened that the Order’s traditional [charism] will be lost and those who are looking for a new way forward. A reform is always a painful process until one gets to the point when broad agreement is reached.” Von Boeselager thought that point would certainly not be before the end of this year.

Asked if he had ever felt that what the Order was going through at the moment was proving too much for him, von Boeselager replied, “Yes, indeed. There were several occasions when I felt it was all too much for me. We are not used to fighting for offices. I’ve often had to ask myself whether this was about personal interests or about the matter in hand. It was a daily examination of conscience.”

Von Boeselager said his particular concern at the moment was the refugee and migrant problem – “a problem that will be with us for a long time to come”, he predicted. In his negotiations with government representatives he always “pointedly” underlined that there were two possibilities of coping with the refugee problem – either “change by design” or “change by disaster”, he said.

He acknowledged that frontier controls were possibly necessary in order to create “confidence” in politics, but he rejected the idea that they might solve the problem. The Order was doing its best to help in the countries of origin, he pointed out. At the moment it was, for example, using its diplomatic resources to negotiate with different groups in Libya to help the humanitarian situation of the refugees and migrants there. “It is very helpful that we are autonomous and independent under international law and can offer extra-territorial terrain for talks,” he said. The Order’s headquarters, a seventeenth-century palazzo on the Via Dei Condotti, one of Rome’s smartest shopping thoroughfares, is technically sovereign extra-territorial property.

He underlined that a “head-in-the-sand” attitude towards the refugee problem will not solve it. As well as facilitating or mediating in encounters between different groups in conflict zones, it was all-important repeatedly to remind people of the suffering refugees were experiencing, he said. By way of one tragic example among many thousands of “little stories”, he recalled a doctor in a boat in the Mediterranean reaching out his hand to a mother who was trying to hand him her baby. The mother was swept away by a wave before the doctor could grasp the child.

A new leader of the Knights, who will be charged with advancing the reforms, will be elected next month, although the Knights could renew the mandate of Fra’ Giacomo dalla Torre del Tempio di Sanguinetto.

Read More: The unfinished tale of the Knights of Malta, by Christopher Lamb