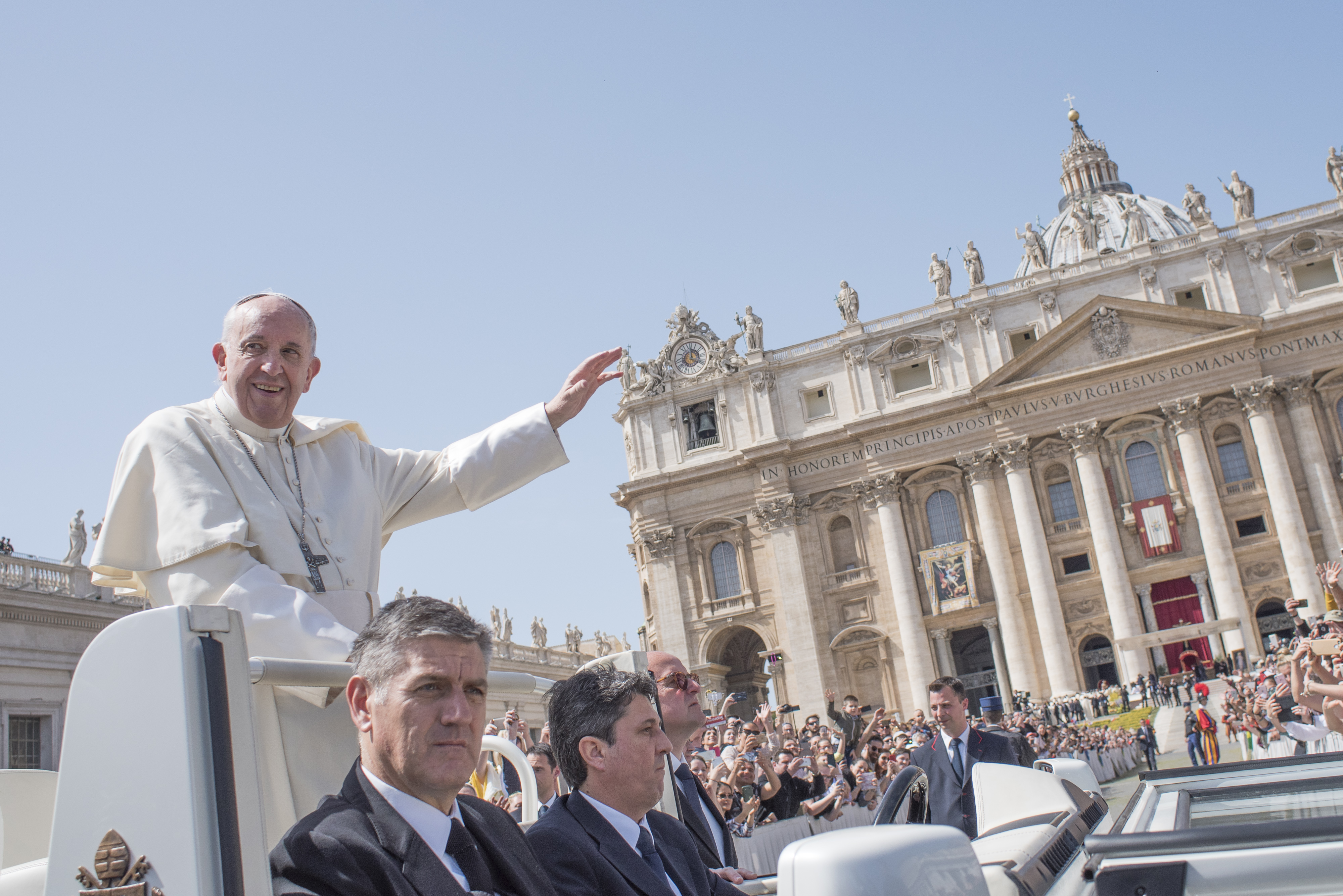 Pope calls on Catholics to follow path to Christian holiness

Archbishop Angelo De Donatis, papal vicar for Rome, was among those at launch of Pope Francis' new exhortation 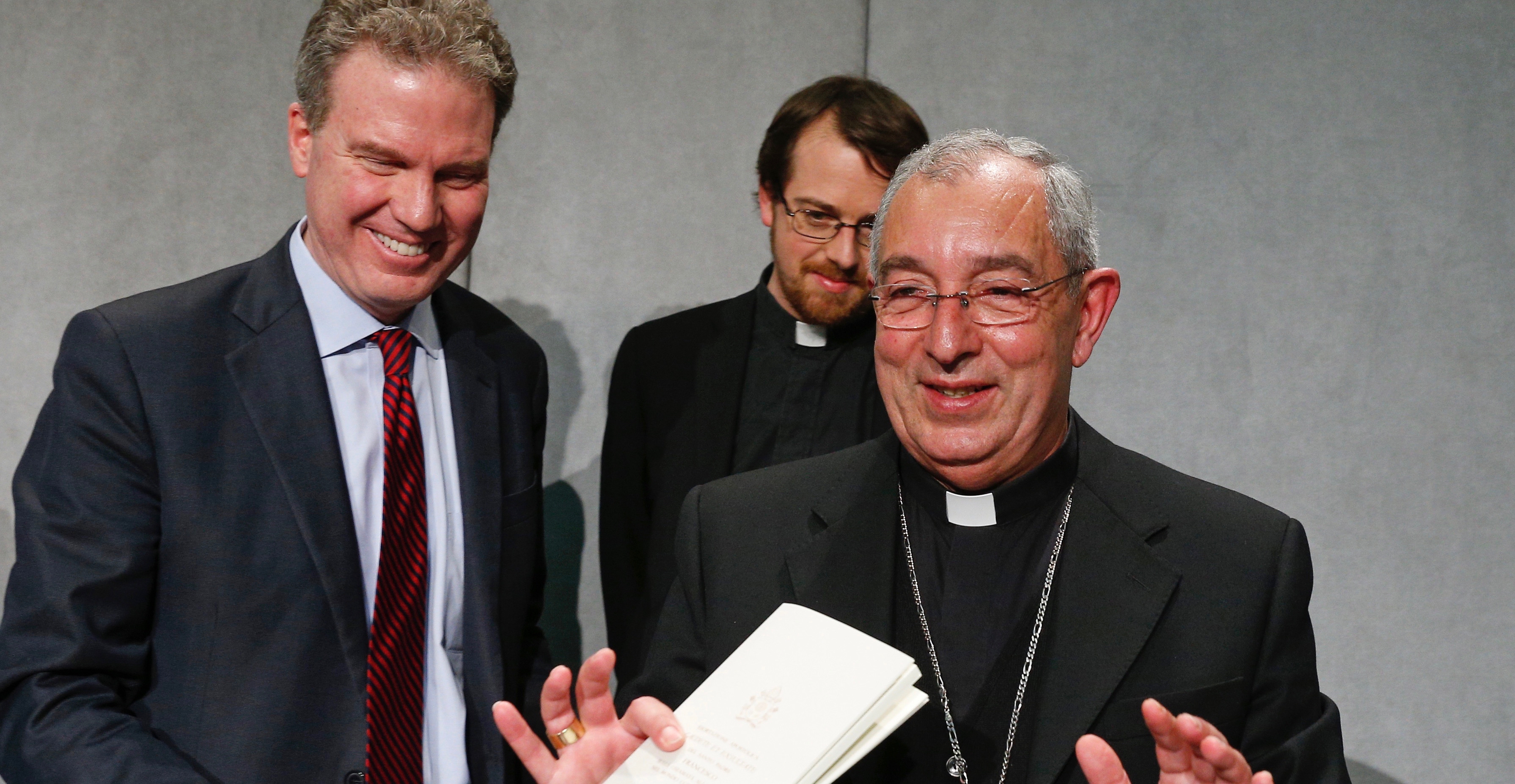 Christians are becoming caught up in online “verbal violence” while defamation, slander and an abandonment of ethical standards are becoming commonplace in parts of the Catholic media, according to Pope Francis

In his new document on holiness,“Gaudete et Exsultate", the Pope argues people are looking to “compensate for their own discontent by lashing out at others” on social media and in turn are breaching one of the ten commandments not to bear false witness.

“Christians too can be caught up in networks of verbal violence through the internet and the various forms of digital communication,” Francis writes in the apostolic exhortation, aimed at helping people achieve sanctity in daily life. “Even in Catholic media, limits can be overstepped, defamation and slander can become commonplace, and all ethical standards and respect for the good name of others can be abandoned.”

The Pope continues: “Here we see how the unguarded tongue, set on fire by hell, sets all things ablaze.”

Criticism of the Pope has been particularly fierce on Twitter and on some Catholic sites, and there has been impassioned online debate about Francis’ family document, “Amoris Laetitia".

The document was presented to reporters at the Vatican on Monday, by Archbishop Angelo De Donatis, the Vicar-General of the Diocese of Rome, Gianni Valente, a journalist for La Stampa and Paola Bignardi, of Catholic Action. Archbishop De Donatis told the packed press hall that Francis had written the document “to show where the Church is going, where we are going” and that beyond internal debates and discussions sets out "the goal of the Church” today.

The speed of communication allows false stories to spread quickly while Francis has been the victim of "fake news" including the claim that he was suffering from a brain tumour. Other incorrect stories included a claim that the Pope had set up a special commission to consider an "ecumenical Mass".

In response to online attacks, Francis calls for an “inner strength, as the work of grace” that prevent people from “becoming carried away by the violence that is so much a part of life today.”

He writes: “The saints do not waste energy complaining about the failings of others; they can hold their tongue before the faults of their brothers and sisters, and avoid the verbal violence that demeans and mistreats others.

This is not the first time that Francis has focussed on misinformation. In January warned that those who spread fake news are doing the devil’s work.

Last month, during a homily on Palm Sunday, he likened the cries calling for Jesus to be crucified with those who “twist reality and invent stories for their own benefit, without concern for the good name of others.” Christ, he added, was a victim of those who were “spinning facts” and “turning him into a criminal”.

But the Vatican has itself recently faced criticism for manipulating the news, after it emerged the communications department had selectively released sections of a letter written by Benedict XVI as well doctoring a photograph of the letter sent to journalists.

Picture: Archbishop Angelo De Donatis, papal vicar for the Diocese of Rome, holds a copy of Pope Francis' exhortation, "Gaudete et Exsultate" ("Rejoice and Be Glad"), as he leaves a news conference on the exhortation at the Vatican April 9. Also pictured are Greg Burke, Vatican spokesman, left, and Deacon Adam Hincks, S.J. from Canada. The document is on the "call to holiness in today's world." (CNS photo/Paul Haring)