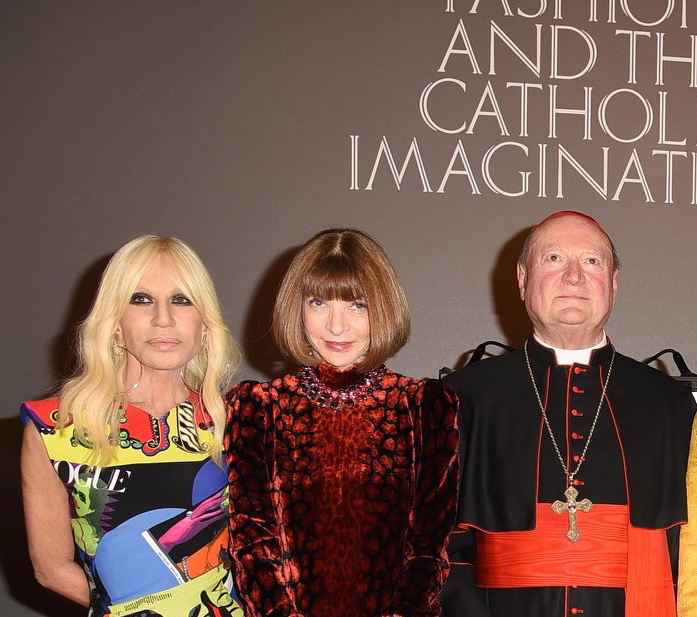 President of the Vatican’s Pontifical Council for culture, Cardinal Gianfranco Ravasi, was joined by some of fashion’s biggest names at a preview showing of five of the 40 ecclesiastical garments and accessories to be displayed in a spring exhibit at the Metropolitan Museum of Art in New York.

“Heavenly Bodies: Fashion and the Catholic Imagination” opens on 10 May and represents the most extensive exhibit of the museum’s Costume Institute, officials said. It also the first time some of the Vatican’s rare treasures from the Sistine Chapel sacristy are being exhibited outside the Vatican.

Cardinal Ravasi told journalists and guests gathered for Monday’s (25 February) preview event that the liturgical vestment “represents above all the transcendent dimension, the dimension of the religious mystery, and that’s why it is ornate, because that which is divine is considered splendid, marvellous, sumptuous, grandiose.”

Speaking from the Palazzo Colonna in Rome, Ravasi cited, as an example, the “marvellous chasubles,” or outermost vestments worn by clerics during mass, that Matisse designed for the Chapel of the Rosary in Venice, and that are today housed in the Vatican Museums’ collection of modern religious art. “When Picasso saw them, he said, ‘These aren’t sacred vestments, they are butterflies that fly in the sky of God,’” Cardinal Ravasi said. “And that is real meaning of the sacred vestment.”

Andrew Bolton, the Costume Institute’s curator in charge, said some might consider fashion to be “an unfitting or unseemly medium by which to engage with ideas about the sacred or the divine.”

“But dress is central to any discussion about religion,” he added, and “religious dress and fashion — at least in terms of their presentation — are both inherently performative.”

Guests, including Donatella Versace and Anna Wintour, editor-in-chief of American Vogue, previewed a small selection of the items soon to be shipped to New York, including the white silk cape embroidered with gold thread that once belonged to Pope Benedict XV, and the emerald, sapphire and diamond-studded mitre of Pope Leo XIII.

The full exhibit will feature 40 Vatican vestments and accessories spanning 15 papacies and will be spread among various Met galleries as well as the Cloisters branch in upper Manhattan.

Speaking at yesterday’s event, Anna Wintour told the Associate Press that the exhibit shows the influence of the papacy over millennia.

“Part of the power of the church has been how they look, and how they dress,” Wintour told The Associated Press. “They have this extraordinary presence.”

Wintour is also co-chair of the Met Gala, which marks the opening of the exhibition each year. The Gala – which is recognised as one of the world’s highest profile fashion events - is attended by celebrity guests dressed according to the theme.

Outfits over previous years have been the cause of both celebration and controversy.

Amal Clooney, Rihanna, and Donatella Versace will co-host the event along with Wintour.