As Congress finalised its tax reform bill, however, attempts to fund aid to the island fell apart amidst partisan bickering 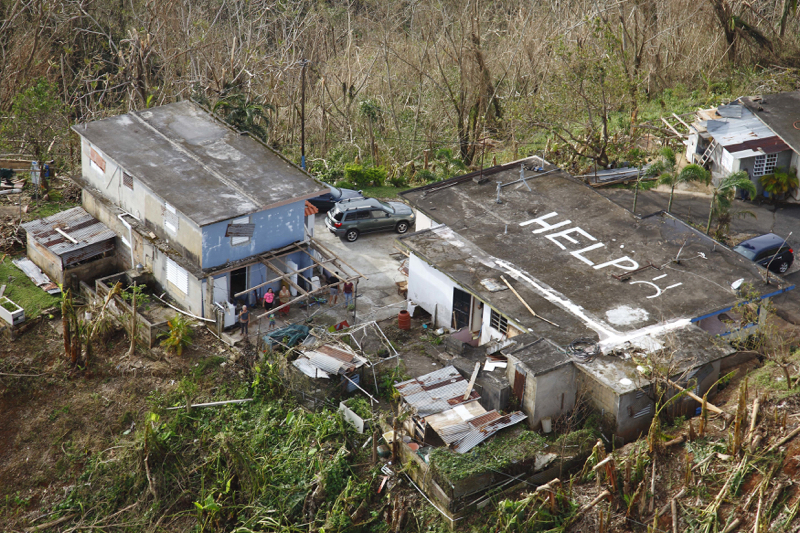 Dozens of religious and labour leaders gathered in a Capitol Hill conference room to join in a prayer vigil for Puerto Rico shortly before Christmas, as Congress considered an aid package for the island. Puerto Rico is struggling to recover from both fiscal bankruptcy and the damage caused by two hurricanes.

“We are four days away from Christmas Eve, and on that holy night, there were some shepherds who were in vigil,” Archbishop Roberto Gonzalez of San Juan, told the group. “Today we are also in vigil, in prayer, for Puerto Rico, which is a manger in the Caribbean, small in size and with a profound and indomitable faith, with an enormous desire to recover, and to continue walking with dignity.”

The archbishop also noted that the island is not able to access help from the International Monetary Fund, as it is not a sovereign nation. “Puerto Rico is in a desperate situation and its colonial reality leaves it in a difficult position from which to engineer its own reconstruction,” Archbishop Gonzalez said.

Puerto Ricans are US citizens but they have no representation in Congress, nor can they vote for president. The island was invaded by the US in 1898 during the Spanish-American War.

As Congress finalised its tax reform bill, however, attempts to fund aid to the island fell apart amidst partisan bickering. In addition to hurricane recovery efforts, the island’s health care system is in free fall because Puerto Rico does not receive the same reimbursement for the poor and elderly from the federal Government that states receive.

“We believe Congress will take on all of these issues as soon as they come back to Washington,” said Eric LeCompte, executive director of JubileeUSA which has been working closely with religious leaders in Puerto Rico. This month, Congress must pass legislation to keep the Government open and it is hoped the disaster relief package will be part of that legislation.

PICTURE: While conducting search and rescue in the mountains following the hurricane of Puerto Rico a CBP Air and Marine Operations Black Hawk located this home with HELP painted on its roof, 6 December 2017 ©PA