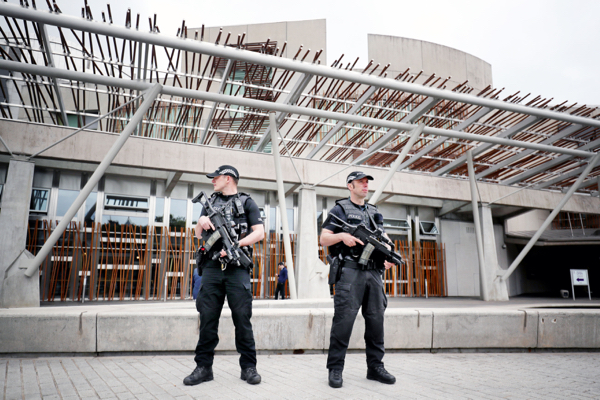 A crowd of 100,000 attended an open air Mass. The Pope entered to cheers and chants of 'Viva il Papa' 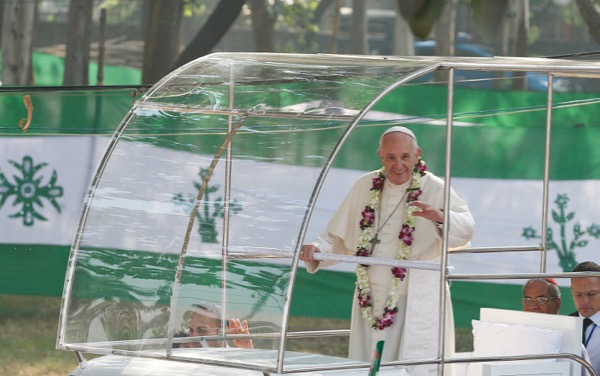 The three families are going to be accompanied by two Caritas translators when they meet the Pope where they expected to share with Francis the harrowing stories of being driven out from Myanmar. The meeting will take place in the garden of the Cardinal Archbishop of Dhaka's home and will include traditional dance, a prayer for peace and contributions from Muslim, Hindu, Buddhist and Catholic communities with Francis due to see the Rohingya after an ecumenical prayer led by the local Anglican Bishop.

It comes on the penultimate day of the Pope’s six day trip to Myanmar and Bangladesh where he has found himself at the centre of the Rohingya refugee crisis: arriving in Dhaka yesterday, he urged the international community to take “decisive measures” to find ways to help the million people who have been displaced.

This morning Francis focussed on the local Church presiding at the ordination of 16 priests at an almost two hour, open air Mass in Suhrawardy Udyan Park, a former British military club and horse track in Dhaka. In a liturgy was celebrated in both Bengali and English where a colourful crowd of 100,000 sang the liturgy of saints in their local language as those to be ordained lay prostrate on a specially designed altar.

Cardinals from across South East Asia and bishops dressed in their tropical white cassocks mingled with religious sisters, priests and lay people before hand before the Pope entered to cheers and chants of “Viva il Papa” and version of the same chant in Bengalis.

There are just 375,000 Catholics in Bangladesh - a tiny minority in a country of 163 million - although there are signs that the Church is growing fast, particularly in the area of vocations. There are 372 priests serving in the country and 122 seminarians. Each of the new priests pledged their respect and obedience to Cardinal Patrick D’Rozario, the first Bangladesh prelate to receive the red hat, and then were ordained with the oil of chrism and the laying on of hands.

After delivering a pre-prepared homily the Pope then delivered an off-the cuff homily where he thanked the people who had come to the Mass for their faith and generosity. He told the new priests that it was the prayers of the people of God who would sustain them, and urged the people gathered to pray for their priests.

PICTURE: Pope Francis wears a garland as he greets the crowd before celebrating Mass and the ordination of priests in Suhrawardy Udyan park in Dhaka, Bangladesh, 1 December ©PA