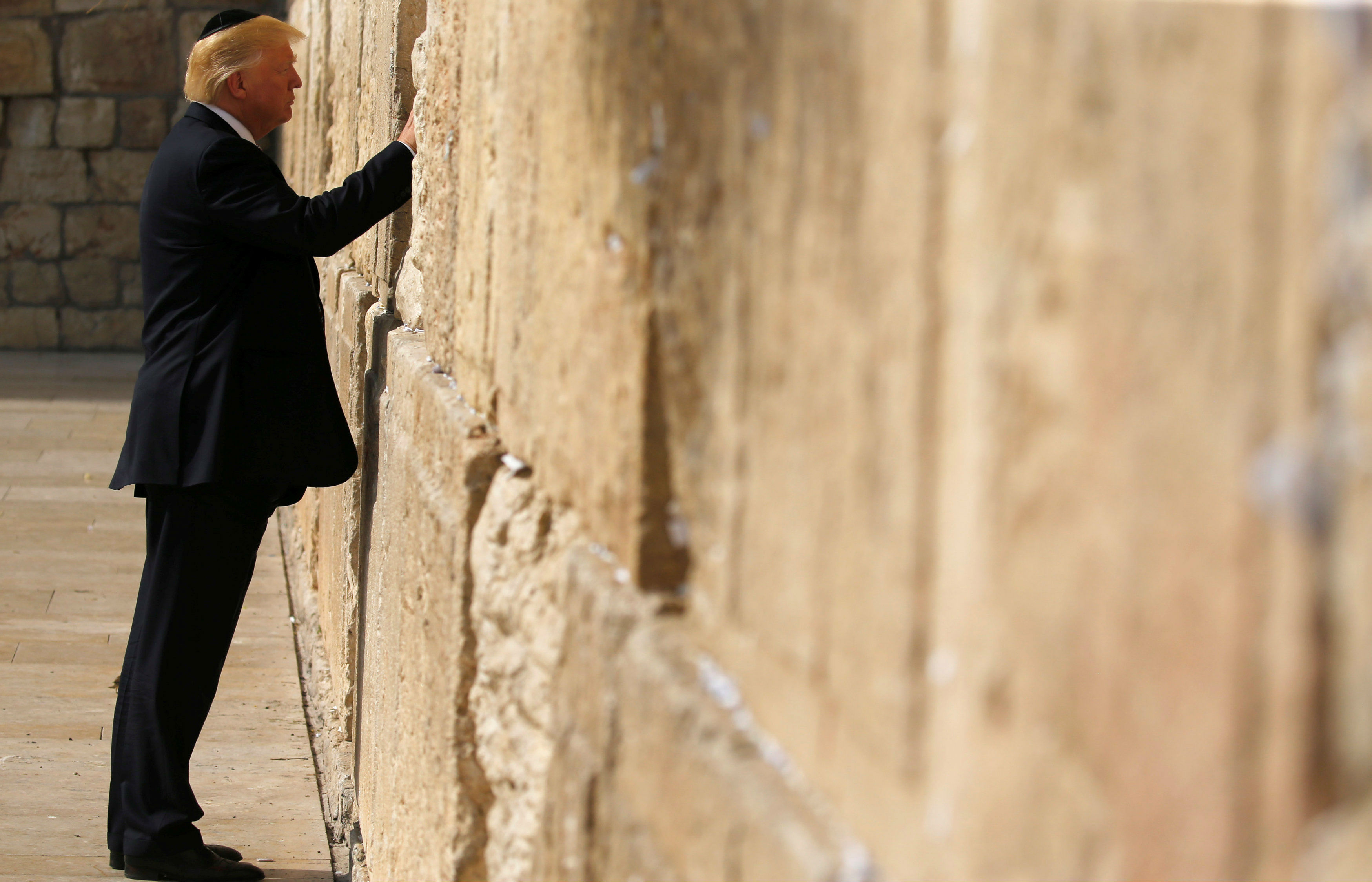 "May God turn the hearts of all who commit evil to a true understanding of His desire and intention for humanity,” Cardinal Nichols has said 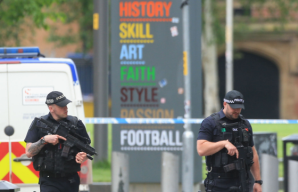 Pope Francis has said he is "deeply saddened" by the "barbaric" suicide bomb attack at a pop concert in Manchester last night in which 22 people, including many children, were killed.

The Pontiff "offers the assurance of his prayers for the injured, and for all who have died," read the statement, released at midday and signed by Cardinal Pietro Parolin, Vatican Secretary of State. With the young children who have lost their lives and their families in mind, "Pope Francis invokes God’s blessings of peace, healing and strength upon the nation," continued the statement.

Francis expressed his "heartfelt solidarity" with all those affected by what he described as a "senseless act of violence," and added that he commended the bravery of the emergency and security teams.

A lone attacker is believed to have detonated an explosive device at Manchester Arena at around 10.30pm as thousands of young fans left a concert by the American singer Ariana Grande. At least 12 of the 59 people who were injured were under 16 years old. The first two victims named by the police were Georgina Callander, 18, and Saffie Rose Roussos, aged 8, whose mother and sister were also injured.

Greater Manchester Police have confirmed that they believe the bombing was the responsibility of one man - who has yet to be identified - armed with an improvised explosive device. The bomber died at the scene. Police are establishing whether the bomber acted alone or as part of a network. The device is believed to have been detonated in the foyer of the 21,000 capacity arena just as Grande had finished performing and concert-goers were beginning to filter out of the largest indoor arena in the UK. 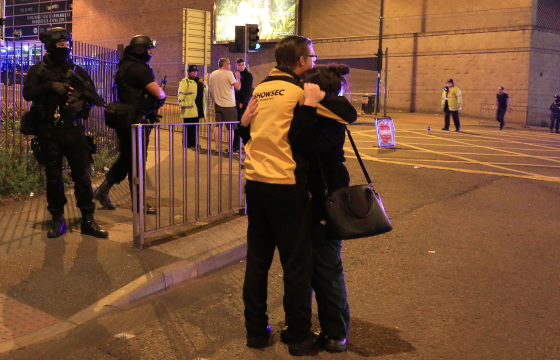 Islamic State claimed responsibility for the attack, in a statement published on an IS-approved news website shortly after 1pm today.

Earlier this morning Cardinal Vincent Nichols offered prayers and expressed his "great sorrow" on hearing of last night's attack. In a letter to the Bishop of Salford, John Arnold, published this morning the cardinal wrote: "May God grant strength and enduring faith to all who are bereaved, injured and traumatised. May God welcome into His merciful presence all who have died.

"May God turn the hearts of all who commit evil to a true understanding of His desire and intention for humanity," continued the letter.

"Such an attack can have no justification," the Roman Catholic Bishop of Salford, John Arnold, said in a statement released this morning. Arnold also thanked the emergency services for their prompt and speedy response "which saved lives". 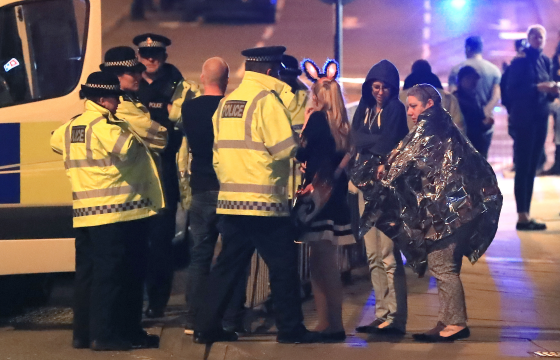 Arnold also lead a special Mass offering prayers for those involved in the attack at 12.30pm today at St Mary’s (the Hidden Gem) in central Manchester. He is set to preside at a vigil this evening at 7pm, at Salford Cathedral which is less than a mile from the Manchester Arena.

The Archbishop of Canterbury, Justin Welby, tweeted last night that he is praying for those who have lost loved ones and insisted "dark evil cannot overcome" Manchester.

The attack is worst of its kind in Britain since the 7/7 bombing in 2005, which hit London’s transport network, killing 52 victims and four suicide bombers and injuring 784 people.

Britain’s prime minister, Theresa May, said: “We are working to establish the full details of what is being treated by the police as an appalling terrorist attack. All our thoughts are with the victims and the families of those who have been affected.”

The Dean leads prayers on the street for the people of #Manchester and those affected. pic.twitter.com/eeyzk66lEo

Greater Manchester police have named Salman Abedi, 22, as the suspected suicide bomber. Press reports claim that he was born in Manchester from a family that was originally from Libya. A 23 year old man has also been arrested in connection with the attack, police confirmed.

President Trump, who is in Israel today before flying to Rome tonight for a breakfast meeting with Pope Francis, told reporters: "I extend my deepest condolences to those so terribly injured in this terrorist attack and to the many killed. I won’t call them monsters because they would like that term. They would think that was a great name. I will call them losers from now on. And we’ll have more of them. But they’re losers, just remember that.

"This is what I’ve been talking about these last few days during my trip. We can have no tolerance for this continuation of bloodshed," he told reporters during a trip to Bethlehem. 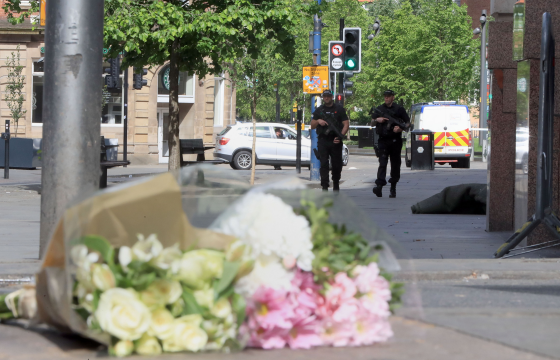 The attack came just three weeks before Britain’s general election on 8 June. In response, all parties have suspended campaigning. The Prime Minister chaired an emergency meeting of the government’s crisis committee, Cobra, this morning. She will arrive in Manchester later this afternoon.

The Queen has expressed her shock and her "deepest sympathy" for victims of the attack. "The whole nation has been shocked by the death and injury in Manchester last night of so many people, adults and children, who had just been enjoying a concert," she said in a statement released at midday.