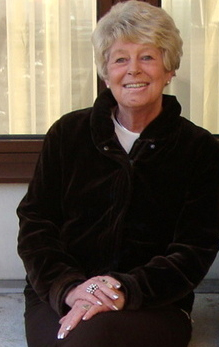 A British academic has been appointed by Pope Francis as the next president of the Pontifical Academy of Social Sciences.

Professor Margaret Archer, 71, is a sociologist at the Ecole Polytechnique Fédérale in Lausanne, Switzerland. She spent much of her earlier career at Warwick University.

The academy was established by Pope John Paul II in 1994 to find ways to apply the Church’s social teachings to topics such as globalisation, the economy and employment. Professor Archer is the second woman president of the academy in a row: she succeeds Mary Ann Glendon, a Harvard law professor who was the US ambassador to the Holy See.

Professor Archer told The Tablet that she wants to better communicate the Church’s social doctrine to parishes through a Catholic Truth Society-style booklet. “My dream is to see in every parish church something like 15 pages putting the issues factually, without being patronising, and ending up with bullet points about what can be done,” she said.

She added that Pope Francis had asked the academy to focus on human trafficking – the subject of a Vatican conference last week – a project on schools and the plight of people so poor they only survive by scouring through rubbish tips.

Professor Archer she said the question was how to integrate such people into civil society, though the answer may differ from country to country.