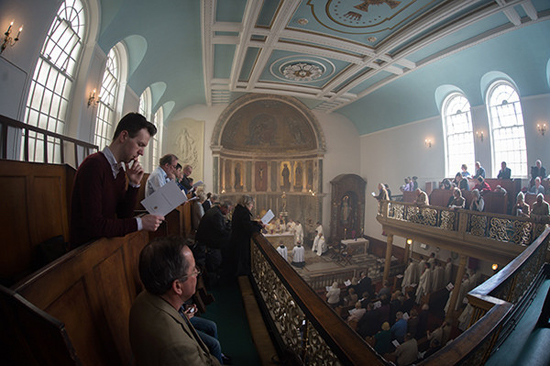 The leader of the ordinariate has lamented the lack of growth of the group, set up in 2011 to allow former Anglicans to enter Communion with the Catholic Church.

Mgr Keith Newton, the ordinary of the Personal Ordinariate of Our Lady of Walsingham, said more must be done to boost the numbers in the canonical structure, established under Pope Benedict XVI to allow Anglicans become Catholics while preserving their “Anglican patrimony”.

In a Chrism Mass homily on Monday, Mgr Newton conceded: “We must be honest and say the ordinariate has not grown as much as we hoped it might. The vision has not been caught … We must communicate our message much more widely and with more vigour and enthusiasm.”

The group, which has around 85 priests and 1,500 lay members, is preparing an “exploration day” on 6 September named “Called to be One”. Each “cluster” of ordinariate branches should “organise an event and invite those who might be interested to learn more about that vision for unity and truth in communion with the successor of Peter,” Mgr Newton said.

However, the new drive might impact on relations with the Church of England, especially Anglo-Catholics who want to remain in the Anglican Communion.

Above: Monday's Chrism Mass at the church of Our Lady of the Assumption and Saint Gregory in central London