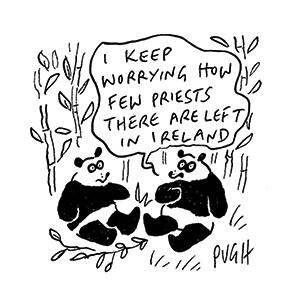 Britain must continue to be a good neighbour to Europe, urges Nichols

The UK must show itself to be a good neighbour and continue to show resolve in contributing to helping solve the problems of the world today, the Archbishop of Westminster has urged after Britain voted to leave the European Union in an historic vote on Thursday.

Cardinal Vincent Nichols, Archbishop of Westminster and President of the Bishops’ Conference of England and Wales, said: “A great tradition of the United Kingdom is to respect the will of the people, expressed at the ballot box. Today we set out on a new course that will be demanding on all.

“Our prayer is that all will work in this task with respect and civility, despite deep differences of opinion. We pray that in this process the most vulnerable will be supported and protected, especially those who are easy targets for unscrupulous employees and human traffickers.

“We pray that our nations will build on our finest traditions of generosity, of welcome for the stranger and shelter for the needy," Nichols said. “We now must work hard to show ourselves to be good neighbours and resolute contributors in joint international efforts to tackle the critical problems our world today.”

Pope Francis, who is on the papal plane travelling to Armenia for his scheduled visit to the former Soviet republic, told reporters: "It demands great responsibility on our part to ensure the well-being of the people in the UK and the co-existence of the people on the European continent. So I wait."

The Archbishop of Canterbury and the Archbishop of York issued a joint statement saying that Britons must reassure people living in the UK from overseas and reaffirm the unique contribution they make to society.

"The vote to withdraw from the European Union means that now we must all reimagine both what it means to be the United Kingdom in an interdependent world and what values and virtues should shape and guide our relationships with others," the joint statement said.

"We must remain hospitable and compassionate, builders of bridges and not barriers. Many of those living among us and alongside us as neighbours, friends and work colleagues come from overseas and some will feel a deep sense of insecurity. We must respond by offering reassurance, by cherishing our wonderfully diverse society, and by affirming the unique contribution of each and every one," Archbishop Justin Welby and Archbishop John Sentamu said in the statement.

The head of the Church of Scotland, has said that many people will come to regret the decision to leave the EU, which was announced on Friday morning. Scotland voted in favour of the UK staying in the EU by 62% to 38%.

Rev Dr Richard Frazer, Convener of the Church & Society Council, said: "The UK has voted to leave the EU at the end of what has been, at times, a bitter and polarising campaign. I believe this is a decision which many people will regret. The Church of Scotland has spoken out consistently over the last 20 years in favour of our continued membership to the European Union – but it is the democratic decision of people living in the UK and we must honour that. In Scotland, the majority voted differently and this will inevitably raise questions about Scotland’s future in the rest of the UK. That is for another day.

"The natural inclination of the Church has been internationalist, because our Christian faith does not recognise borders but sees the world and all its people as one. We are part of a world-wide community with a responsibility to one another and the whole of creation," Frazer said. "Over recent years, the urgency of taking that international responsibility seriously has become more clear as global poverty, environmental degradation, and the refugee catastrophe call us to find co-operative and international responses.

"It feels as though this vote is a vote against that spirit of international co-operation and those who have campaigned to leave have rarely addressed some of the issues that we in the Church of Scotland feel are crucial. Least of all,this vote hardly seems to be an act of solidarity even with our friends in places like Greece, which is going through so much turmoil at the moment both economically and in bearing the brunt of the refugee crisis," Frazer added.

"After a bruising campaign which has split the country down the middle it is now vital that we come together as a nation and recognise we are all part of a global human family,” said Loretta Minghella, Christian Aid’s chief executive.

"Leaving the EU must not mean turning our backs on the world, especially those in our world struggling to free themselves from poverty. Britain has long been a leader of global progress towards a world free from poverty and there is no reason why that should change now that it has voted to leave the EU,” she said.

"The UK is fundamentally an outward-looking country, strongly connected through trade, family ties, history, culture, travel and human decency to people in other countries around the world.”

Minghella also cautioned that during the period of uncertainty when the UK is in transition to its new status outside of the European Union, the urgent needs of people living in poverty must not be forgotten.

“Even as the UK undergoes this momentous change, Christian Aid believes we must not forget people living in poverty around the world, many of them enduring violence, hunger and deep injustice."