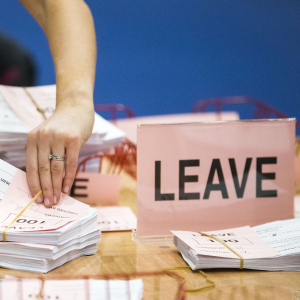 Britain must continue to be a good neighbour to Europe, urges Nichols

Is the Orthodox diaspora a problem that's too hard to solve? 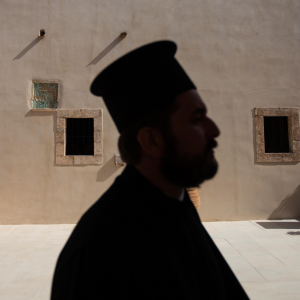 This week’s Orthodox Holy and Great Council was supposed to solve the growing problem of the Church’s diaspora, the traditionally non-Orthodox parts of the world where immigration has brought with it overlapping jurisdictions and several bishops in one city can all claim the same title.

The problem has been the subject of lively debate at the Council in this western Crete town, but the deadline – which was set in 2009 after discussions going back at least to 1990 -- has come and gone with no solution in sight.

“Everyone in the Council desires a solution that is canonical. And everybody in the Council knows what it would take to achieve such a solution,” Bishop Gregorios of Mesaoria in Cyprus told journalists in between Council sessions.

“But we are frail human beings, so we need to ask for the grace of the Holy Spirit to guide us to achieving such a solution.”

The 10 participating churches have approved a declaration about the diaspora, which took time because there are 290 delegates and all had to sign copies in the four official languages Greek, Russian, French and English.

The document states that it is not yet possible “for historical and pastoral reasons” to create single local churches in the countries where Orthodox have migrated to over the past century. To be complete, it should have added “for political and financial reasons” as well, because these factors also play an important role in the diaspora problem.

Unlike the Catholic Church’s global jurisdiction under the pope, the Orthodox churches are national churches under primates with authority over their canonical territory. The local church is for all Orthodox, no matter what nationality, and no other church should establish dioceses within its borders.

Some are responsible for only one country, such as Romania, while others have several. The Moscow Patriarchate covers not only Russia but almost all of the former Soviet Union, as well as China and Japan.

The 20th century’s world wars, economic upheavals and communist revolutions -- which put a large majority of the world’s Orthodox under atheist regimes – sent millions of believers emigrating to western Europe, North America and beyond. In their new homes, they founded churches along ethnic lines, keeping ties to their mother church and language.

Dioceses were formed and bishops named, ignoring the canonical rule of one bishop per city. Several men could claim the title of the city’s Orthodox bishop but each stayed under the authority of the mother church, even generations after leaving the ancestral home.

Orthodox canon law would demand a merger of these different churches into a single national church. In addition, maintaining the separate diaspora churches opens them to the charge of “ethnophyletism,” or organising along purely ethnic lines, which the Orthodox declared a heresy in 1872.

Ionut Mavrichi, spokesman for the Romanian delegation, warned against using the heresy charge against a church like his with a large diaspora. “We must not forget we are born and live in certain countries. We must not dismiss, under the label of ethnophyletism, our own national identity.”

Most of these churches are ethnic strongholds, appreciated by the faithful exactly because of the link to the old country. A new national church in Britain or the United States would mix ethnic Greeks, Romanians, Russians and others together and pray in English, a reform for which there is not much demand.

Creating new national churches would also cut the mother churches off from their diaspora, an important source of funding for some and an extension of national influence for others.

The Ecumenical Patriarchate in Istanbul, for example, has such close ties with Greek-Americans that teams of them fly over to run complex operations such as the press centre here in Crete. Amid technicians easily switching between Greek and English, a Russian journalist tweeted that U.S. spies had infiltrated the Council.

Russia’s diaspora is a special case because, thanks to the Moscow Patriarchate’s ties to the Kremlin and oligarchs close to President Vladimir Putin, the money flows outwards to build up the Russian Orthodox presence even where there are few believers.

Foundations launched by oligarchs have bankrolled the building spree. One prestige project, a 70 million euro gold-domed cathedral opening soon near the Eiffel Tower in Paris, was paid for by the state and will be part of the Russian embassy there.

The Kremlin actively backs this expansion, and supports Church causes like the defence of Middle East Christians, as an exercise in “soft power” to assert Moscow’s role on the global stage. The Church returns the favour with support for Kremlin policies.

As the largest Orthodox church, with anything between half and two-thirds of the world’s 250-300 million Orthodox believers, Russia does not want to see its diaspora cut off by the creation of new national churches abroad. That would reduce its influence in world Orthodoxy and boost that of the rival Ecumenical Patriarch Bartholomew. So during preparations for the Council, it insisted on no radical change in the diaspora and got its way.

What diaspora bishops have done is create episcopal assemblies in several countries to at least coordinate what they can do together and act as a single body when dealing with other faiths or with governments. Following traditional protocol, the chairman is the local representative of the Ecumenical Patriarch or the bishop from the highest-ranked church in the Orthodox hierarchy.

During Council preparations, the Russian church, which ranks only fifth in the traditional hierarchy because it was founded later than the ancient patriarchates, argued for a rotating chairmanship but that innovation was not accepted.

Bishops in the United States and in France launched their assemblies decades ago and their counterparts in other countries have done so more recently. According to the Council’s diaspora document, which was drafted in 2009, the churches were supposed to review the experiences of these assemblies and submit a canonical solution for the Council to approve.

The Council document signed here modifies that text to put off a solution to some unknown point in the future.