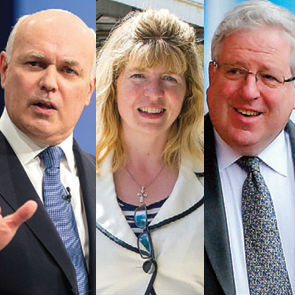 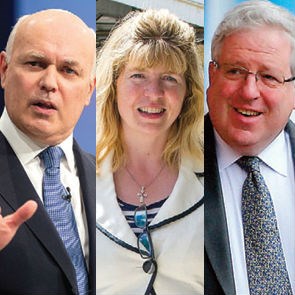 At least 10 Conservative Catholic MPs will defy their party’s official policy and campaign for Britain to leave the European Union (EU).

The rebels include the Work and Pensions Secretary, Iain Duncan Smith, and the junior Defence Minister, Julian Brazier. They are among around 110 Tory MPs whose stance is posing a headache for the Prime Minister, David Cameron, ahead of the referendum on Britain’s membership of the EU on 23 June.

Mr Cameron is recommending that Britain should remain in the EU following the package of reforms he negotiated with leaders of the 27 other member states in Brussels last weekend.

The package includes limits to child and migrant welfare benefits and protection for the City of London’s financial services industry.

Conservative MPs are deeply divided on the issue and roughly equal numbers of Catholic parliamentarians have declared on each side of the debate. A large number of Conservative MPs have yet to declare their hand.

So far, eight Conservative Catholic MPs have said they will join the Remain campaign. They include the Transport Secretary Patrick McLoughlin and three junior Ministers: Thérèse Coffey, Ben Gummer and Mark Harper. They are joined by former Ministers Damian Green and Edward Garnier, as well as Damian Collins and Mark Pawsey.

The announcement of the referendum came as Pope Francis declared his support for the “re-foundation” of the EU and stressed the importance of its survival, calling to mind its Catholic Christian Democrat founders Robert Schuman and Konrad Adenauer. Both were influenced by Catholic Social Teaching and its concepts of solidarity and subsidiarity.

Asked about the refugee crisis in the EU during an in-flight press conference on the return journey from Mexico on 17 February, the Pope said that Europe has “a force, a culture, a history that cannot be wasted, and we must do everything so that the European Union has the strength and also the inspiration to make it go forward”.

Last month, the Vatican Secretary for Relations with States, Archbishop Paul Gallagher, said that Britain is “better in than out” of the EU. The British Vatican official told ITV News that the Holy See would respect the decision of the British people but that leaving the EU would not make for a stronger Europe.

The Catholic MP Conor Burns said that the Pope’s and the Holy See’s views were irrelevant to the referendum on Britain’s membership. “I don’t think that campaigning for the democratic accountability for the people of this country has anything to do with being a Catholic or an atheist for that matter,” he said.