Priest testifies to US Congress about Philippines child trafficking

An Irish Columban priest has told a hearing of the US Congress that if child trafficking in the Philippines is to be tackled properly, then it will be necessary to reform the police and the judiciary.

Fr Shay Cullen, founder and president of the Preda Foundation, which has worked for four decades to protect street children and tackle sex tourism in the Philippines, said that “while the Philippines Government is striving to address the problem of human trafficking and improve the record of convictions much remains to be done”. 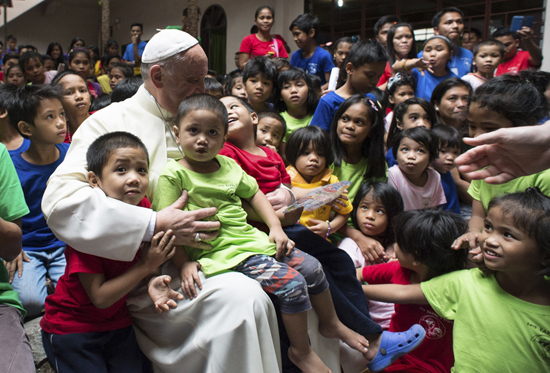 He called for local government to stop issuing permits and licences to sex bars that take in trafficked persons. Children trafficked must have greater protection and those responsible “must be prosecuted in a robust manner with integrity”, he said.

Fr Cullen testified on 22 April in Washington before a hearing of the House Committee on Foreign Affairs subcommittee on Africa, Global Health, Global Human Rights, and International Organisations on the fight against human trafficking. The committee was instrumental in getting the latest anti-trafficking law passed by the US Congress on the same day.

Sex tourism is growing, reported Fr Cullen, along with human trafficking of minors from rural villages, mostly in Samar and Leyte. He spoke of the exploitation of street children for begging and drug deliveries by criminal gangs. When apprehended by the police, children as young as eight are held in prison-like conditions instead of being helped as victims, he said.

Above: When Pope Francis visited the Philippines he visited an orphanage and heard stories of rescued street children. Photo: CNS