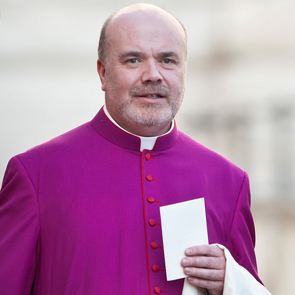 Leeds £1.3m in the red amid planned cuts

In a long interview in the German daily Die Welt on 24 April, Cardinal Raymond Burke renewed his attack on Cardinal Walter Kasper, whose “merciful” solution for remarried divorcees who wish to receive Communion was discussed at last October’s Extraordinary Synod.

“We are bound by the Magisterium. But some Synod Fathers, above all Cardinal Kasper, want to change it. So I had to make myself very clear. Clashes at Synods, incidentally, are nothing unusual. Think of the early Councils, the Arian heresy, for instance, when Athanasius even became physically aggressive,” Cardinal Burke recalled.

The cardinal said a change to church teaching at the next synod in October would present him with a dilemma: “I would have to speak to the Holy Father and ask him how I can remain loyal to the truth and at the same time not break my vow of obedience,” he said adding, “That is precisely why I speak out so clearly. The Holy Father should know that not everyone thinks like Cardinal Kasper.” The German cardinal has been praised by Francis and nicknamed "the Pope's theologian".

Cardinal Burke also described homosexuality as an “ailment” which was not genetic but largely depended on a person’s environment. He also recalled that St John Paul II had ruled out women’s ordination “once and for all”.