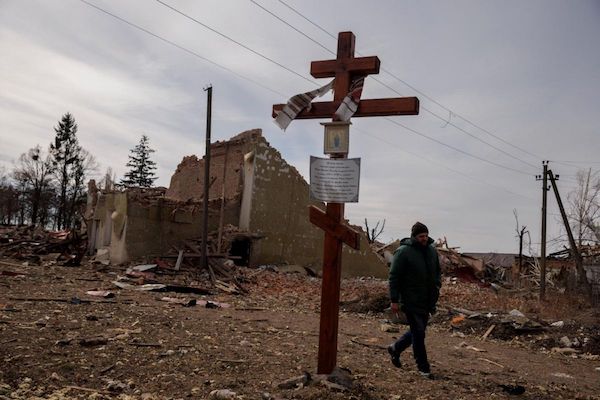 This year, for the first time, a German bishop took part, the auxiliary Bishop of Essen, Ludger Schepers. 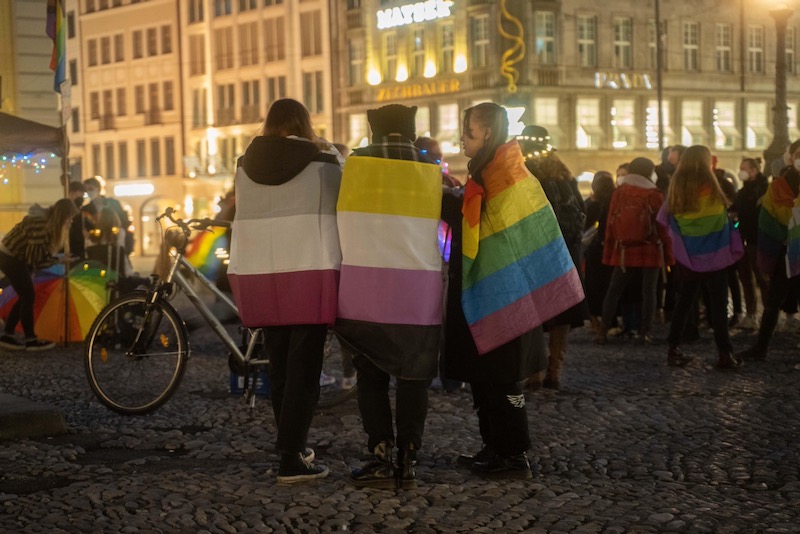 People with pride flags over their shoulders in Max-Josephs-Platz, in Munich in February this year.
Photo by Alexander Pohl/Sipa USA

The grass-roots #liebegewinnt, or “love wins”,  campaign in Germany again held blessing services for all couples who loved each other, including LGBTQ couples, but numbers were down compared to last year – from 110 to 80 services nationwide.

The #liebegewinnt campaign, held this year on 10 May, began last year as a reaction to the Congregation for the Doctrine of the Faith’s (CDF’s) “no” to same-sex blessings which was published on 15 March, 2021.

The CDF said: “It is not licit to impart a blessing on relationships, or partnerships, even stable, that involve sexual activity outside of marriage, as is the case of the unions between persons of the same sex. The presence in such relationships of positive elements, which are in themselves to be valued and appreciated, cannot justify these relationships and render them legitimate objects of an ecclesial blessing, since the positive elements exist within the context of a union not ordered to the Creator’s plan.”

This year, however, for the first time, a German bishop took part. The auxiliary Bishop of Essen, Ludger Schepers, who is responsible for pastoral work with the LGBTQ community in the German bishops’ conference, took part in an ecumenical blessing service that also included remarried divorcee couples in the Marktkirche in Essen.

There were no blessing services in Munich or Augsburg this year. A Munich priest, Fr Wolfgang Rothe, who held a blessing service for couples who loved each other including people from the LGBTQ community last year in Munich, published a statement explaining that this year he had been unable to find a church in which he could hold a blessing ceremony. “All my inquiries either remained unanswered or were rejected,” he said.

Renate Spanning, a spokeswoman for Maria 2.0, the German Catholic women’s church reform initiative, which took part in a blessing ceremony last year, told Bavarian Radio that she was “frustrated”. Several German bishops had recently spoken of the need to reform the Church’s teaching on homosexuality, she said, adding: “Blessing ceremonies would surely be the logical consequence now. But when it actually comes to embedding their oral admission liturgically, there is no one to be found!”

•Pope Francis’ recent “mini-interview” on the topic of LGBTQ Catholics provides some of the building blocks for a re-imagined ministry to gay people.

“A ‘selective’ church, one of ‘pure blood,’ is not Holy Mother Church, but rather a sect,” the Pope explained in a handwritten reply to questions from Fr James Martin, a Jesuit priest and founder of the “LGBTQ Catholic resource”, Outreach. “What would you say is the most important thing for LGBT people to know about God?” Fr Martin asked on behalf of Outreach.  “God is Father and he does not disown any of his children. And the ‘style’ of God is ‘closeness, mercy and tenderness’. Along this path you will find God,” Francis replied.