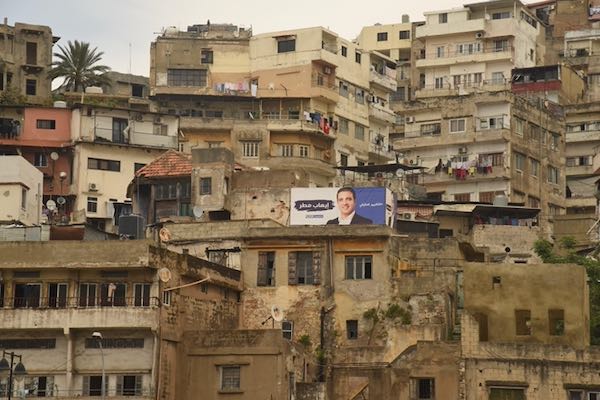 From the start of his pontificate, Francis has called for the Church to open its doors to everyone on the basis of their faith, not their sexuality. 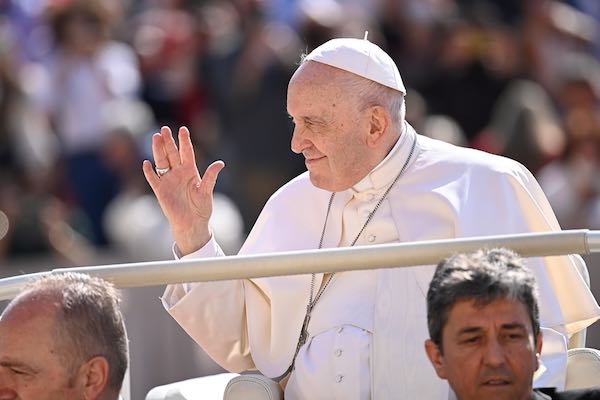 Pope Francis, pictured at his general audience in Rome today, said God is Father and he does not disown any of his children.
CNS/Vatican Media

Pope Francis’ recent “mini-interview” on the topic of LGBTQ Catholics provides some of the building blocks for a re-imagined ministry to gay people.

“A ‘selective’ church, one of ‘pure blood,’ is not Holy Mother Church, but rather a sect,” the Pope explained in a handwritten reply to questions from Fr James Martin, a Jesuit priest and founder of Outreach.

This is the crucial line. From the start of his pontificate, Francis has called for the Church to be like a field hospital, one that opens its doors to everyone on the basis of their faith, not their sexuality.

His use of the phrase “pure blood” is significant because it resists any attempt to impose an ideological purity on the Church as if it were a “sect”.

When it comes to LGBTQ Catholics the temptation is often to exclude or reject, but Francis’ remarks show this is the very opposite of what it means to be Catholic, which by definition means universal and all-embracing. For the Pope, the Church of the “pure blood” ends up as an exclusive club.

While critics have accused Francis of advocating a lax approach which does not respect doctrine and tradition, his remarks point to a different approach which is rooted in the nature of God and the words of Jesus.

“God is Father and he does not disown any of his children,” the Pope explained in a brief set of remarks which crystallise much of his thinking in this area. “And ‘the style’ of God is ‘closeness, mercy and tenderness.’ Along this path, you will find God.”

It’s a simple, yet powerful statement. God’s love, Francis points out, is not contingent on an individual’s sexual orientation nor is it dependent on the passing of an ideological purity test. Nothing can stop any individual in their search for God who in turn meets each person where they are. This is at the heart of what Francis said in 2013. “If a person is gay and seeks God and has goodwill, who am I to judge?” he told journalists. The five words: “Who am I to judge?” did a huge amount to start shifting the “anti-gay” perception of the Church.

One of the distinctive features of the Pope’s approach to LGBTQ issues is his refusal to make it a wedge issue in the culture wars nor does he allow the Church’s opposition to same-sex marriage to become a “banner” of Catholic identity. He resists any attempts to frame the issues in terms of a dry “legalism or clerical moralism”, seen so often in official Church documents on homosexuality that generally start with a negative. His focus is pastoral and person-centred.

In the latest interview, Francis addresses the question of LGBTQ Catholics who feel rejected by the Church saying they should not see this as a rejection by “the Church” but by certain individuals. The Pope then goes a step further by suggesting that any rejection of someone on the grounds of sexual orientation ignores the scriptures. Francis cites Jesus’ parable of the Wedding Feast where invitations were sent out “to the just, the sinners, the rich and the poor ...” which gives the message that the Kingdom of God is open to all.

The Pope also urges queer Christians who have experienced rejection to read the Acts of the Apostles which shows the “image of the living church”, showing that the heart of the Church is not a remote institution that issues condemnations but a living, inclusive community.

Earlier this year, I argued that the Church has slowly begun to change its approach on the issue of LGBTQ Catholics with the 2021-2023 synod process making the historic move to officially include groups such as New Ways Ministry in Church discussions. The Pope’s remarks point to that shift but they also leave open the question: what next? Local synod discussions have repeatedly raised the issue of inclusion of marginalised groups and the synod could open a new path to take when it comes to LGBTQ Catholics.

One area of concern is the official teaching on homosexuality in the catechism which describes it as an “inclination” which is “objectively disordered”. Fr Martin has argued this could be changed to “differently ordered” to make it clear that same-sex orientation is not in itself sinful while German Cardinal Reinhard Marx says the wording of the catechism in this area is “not set in stone” and could be changed. He said some of these questions had been discussed at the family synod gatherings of 2014 and 2015.

Meanwhile, Luxembourg Cardinal Jean-Claude Hollerich, who is moderating the global synod, says he believes the “sociological-scientific foundation” on which Church teaching on gays is founded is no longer correct. It is worth noting that it is the task of the Holy See’s Congregation for the Doctrine of the Faith, the body with oversight of Church teaching, to offer answers, in the light of faith, to the “progress of the sciences and the evolution of civilisations”. Over the years, however, it has been this office that has issued documents that many LGBTQ Catholics have found hurtful: these include a 2003 document opposing gay civil unions and a 2021 ban on the church blessings of same-sex couples.

Francis has shown his support for same-sex civil unions and has changed the conversation, tone and approach to this issue. His latest remarks point to a reform that would not be an attempt by the Church to simply follow the zeitgeist or sacrifice core principles. Instead, it would be an attempt to go deeper into the tradition, and model a way forward that is grounded in the Gospel and in listening to what the Holy Spirit is saying to the Church.