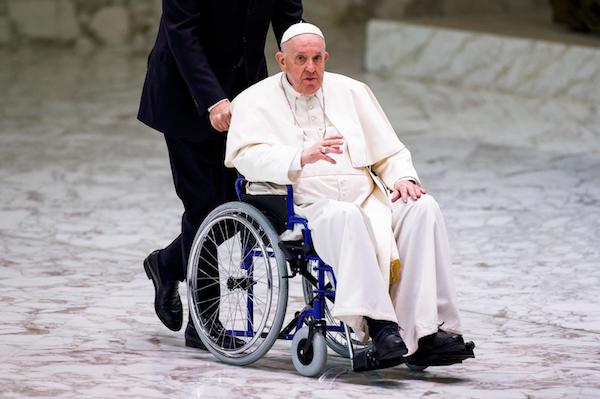 Cardinal Becciu has produced letters which he claims show Cardinal Pell approved the payments he suspects of influencing his abuse trial. 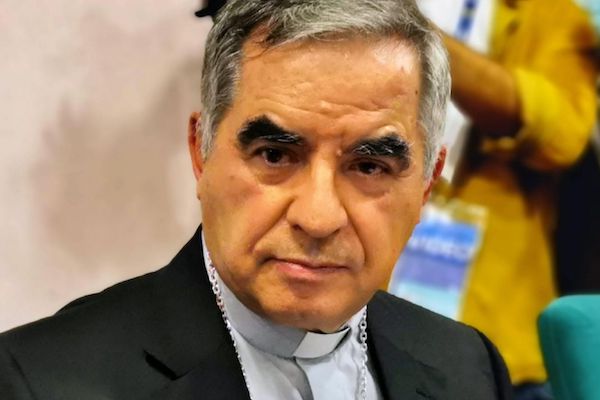 Cardinal Angelo Becciu, the Pope's former chief of staff, is one of ten defendants at the Vatican's long-running corruption trial.
CNS/Junno Arocho Esteves

It could be likened to a brutal gladiatorial contest in ancient Rome.

In one corner you have George Pell, the Vatican’s former chief financial officer, and in the other Angelo Becciu, the former papal chief of staff, who is now standing trial on corruption charges. The pair repeatedly clashed when they both held high-ranking positions in the Vatican and there has been no love lost since.

Now the feud has taken another twist. Giving testimony on Thursday 5 May, the Sardinian prelate sought to refute the claim he used Church funds to influence the sex abuse case against Cardinal Pell.

Italian media reports have suggested that payments made from the Vatican to Australia somehow influenced the criminal charges brought against Pell, of which he was ultimately acquitted.

For his part, the Australian cardinal has repeatedly asked for an explanation of why the Holy See’s Secretariat of State transferred $A2.3 million (£1.32 million) which coincided with the cardinal’s trial.

Becciu, who has always vociferously denied these claims, has now produced evidence in the form of two letters which he has submitted to the court. The first was sent on 29 April by Cardinal Pietro Parolin, the Holy See’s Secretariat of State, explaining the purpose of the payment and the second is from none other than Cardinal Pell, dated 11 September 2015, authorising the transfer.

The letter from Parolin states:

“Cardinal Pell continues to raise doubts about the transfer of A$2.3m to Australia, suspecting that these funds were used by Cardinal Becciu to negatively influence the criminal trial in which he was accused of child abuse. The sum, however, as recalled several times, was used to pay for the Internet domain ‘.catholic’; this information was appropriately communicated to the Embassy of Australia to the Holy See.”

The second is a letter of 11 September 2015 from Cardinal Pell authorising the payment.

Cardinal Becciu described the claim that he “financed false testimonies to the detriment of a confrere” as “shameful” and that his “bitterness is even more profound” on learning that Pell authorised the payments he now claims are suspicious.

In 2020, soon after the Australian cardinal was released from prison, Concetta Fierravanti-Wells, a senator in New South Wales, called on the country’s financial crimes watchdog (Austrac) to investigate the claims made against Becciu.

A review by Austrac and the Vatican of all payments made between 2014 and 2020 found a total of A$9.5 million was transferred, payments which the Vatican said were paid for “contractual obligations” as well as “ordinary management”, an apparent reference to the cost of the Holy See’s embassy in Australia. Authorities in Australia are no longer investigating this matter.

It is understood that a series of payments were made for the domain name “.catholic” with the Pontifical Council for Social Communications entering into a contract with a company called Neustar, which was last year bought by TransUnion. Neustar specialises in domain name services.

Cardinal Becciu’s explanation has not, however, satisfied Cardinal Pell. The 81-year-old Australian prelate says the payments he “allegedly authorised” in 2015 are “obviously different” to the A$2.3 million worth of payments made by the Secretariat of State as these were signed off by Becciu in 2017 and 2018. Pell says he is still looking for an explanation of the purpose of those transfers.

It is noteworthy that in his statement Cardinal Pell states that the “Pontifical Council for Social Communications paid amounts to Neustar Australia for their expensive services” and to the domain registry in “2012, 2015, 2016, 2017 and 2018”. In March 2016, however, the social communications office was suppressed and became part of the Dicastery for Communications.

While the contract with Neustar was signed by the social communications office, it is hard to see how they would have made payments after 2016. The Dicastery for Communications works closely with the Secretariat of State and as the papal chief of staff (“sostituto”), Becciu had oversight of Vatican communications.

Cardinal Becciu, 73, gave his testimony as part of the Vatican’s long-running corruption trial: he is one of ten defendants accused of fraud, extortion, money laundering, embezzlement and other crimes. All of them deny the charges.

While Becciu will hope he has refuted the claims about interfering in the Australian justice system these are not part of the formal charges brought against him. The trial still has a long way to go.

An English-language translation of Becciu's evidence, provided by the journalist Bree Dail, can be found here: https://www.scribd.com/document/572920704/Deposition-of-Cardinal-Becciu-English