Calls for Vatican to act quickly over Woelki

The new scheme would see those seeking asylum in the UK shipped to central Africa. 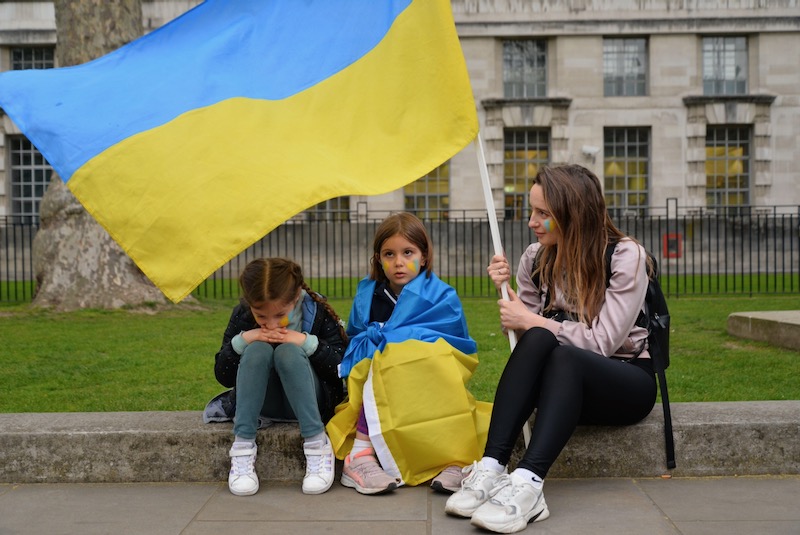 Olha, a Ukrainian refugee and her daughter Mira, 6, who arrived two days ago, with her cousin, Elizabeth, also 6, at a protest in London.
Mark York/Alamy

The Society of St Vincent de Paul said it was “a punitive move” while the Jesuit Refugee Service said that the plans “displayed a craven disregard for humanity and dignity”.

In the £120 million scheme announced today, the government said that it would ship asylum seekers to Rwanda in central Africa. They would then go through the Rwandan asylum process, receiving long-term accommodation there if successful.

This Migration and Development Partnership, part of the heavily-contested Nationality and Borders Bill, will be uncapped and apply to those who have arrived in the country since 1 January this year, principally single men.

The SVP said that the proposal would leave asylum seekers “isolated, separated from family and in limbo about their future”, and expressed concern about Rwanda’s human rights record. It is illegal under international law to send asylum seekers to third countries without proper legal protections, although the government maintains that the plans are “fully compliant”.

Helen O’Shea, the charity’s national president, urged the government “to rethink the Nationality and Borders Bill, and refocus on human dignity”.

“These people deserve our compassion and welcome, not disdain and contempt,” she said.

The Jesuit Refugee Service said that the government neglects any sense of care for refugees, “in the face of horrifying evidence that offshore processing fosters human rights abuses”. The plans “represent yet more fortification against those seeking safety”.

“It’s as if there’s a determination not to look in the faces of people seeking asylum, not to see the hopes and loves and fears that are in those faces,” said the charity.

“As Christians, we must be horrified by the absence of any sense of common humanity. We must pray for urgent repentance and a change of course.”

In a speech in Kent announcing the scheme, the prime minister, Boris Johnson, insisted that it was a “humane and compassionate” measure to counter people smuggling which would “over time prove a very considerable deterrent”.

“We cannot sustain a parallel illegal system,” he said. “Our compassion may be infinite, but our capacity to help people is not.”

Some migrants have hitherto been held in asylum camps such as Napier barracks in Folkestone, which the apostolic nuncio Archbishop Claudio Gugerotti visited in March.

The Jesuit Refugee Service said that this “brutal ghettoisation” of refugees from the rest of society will be exacerbated by the new scheme.