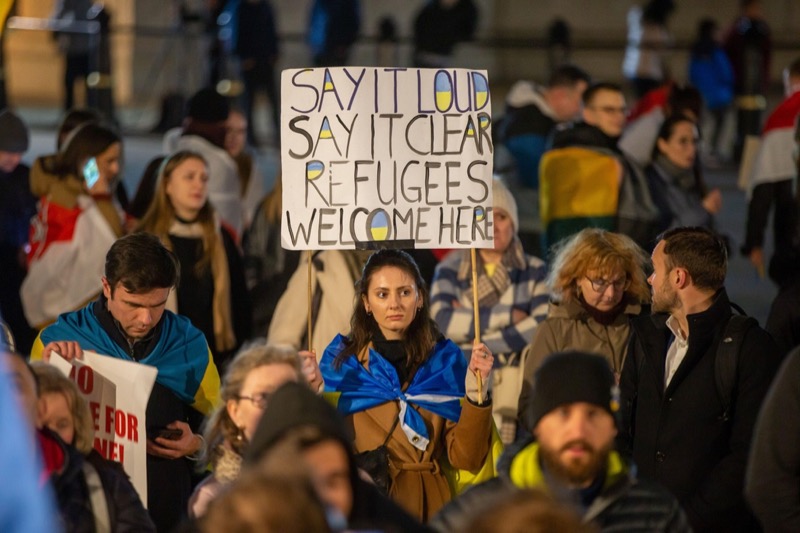 Britain 'lucky to have you', Prince Charles tells refugees

“With people like yourselves to help in the future, there is a chance, perhaps.” 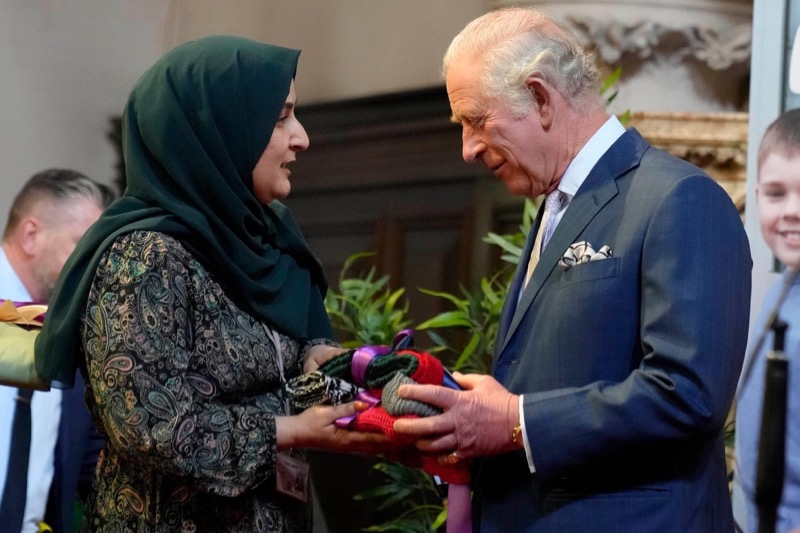 The Prince of Wales receives a gift during a visit to St Luke's Church, Earl's Court, west London, to learn about the work of Holy Trinity Brompton in supporting refugees and asylum seekers.
PA Images / Alamy

The Prince of Wales spoke to refugees on a visit to a church in London on Wednesday, telling them the country was “in many ways very lucky to have you”.

On his visit to the “Love Your Neighbour” programme at St Luke’s Church, Earl’s Court, Prince Charles met groups of Afghan refugees and spoke to Andriy and Veronika Kopylash, a father and daughter from Ukraine. Both work for the Alpha Course in Ukraine, and Veronika was on the last flight from Kyiv on 23 February.

The programme forms part of the refugee response initiative of Holy Trinity Brompton, the Anglican church which developed the Alpha Course, which runs St Luke’s and a number of other west London churches. The weekly drop-in shelter began in October 2021 as a space for refugees staying in local hotels.

The prince spoke to groups taking English lessons, to children making face masks, and to their mothers sewing and knitting at the next table. They presented three hand-made garments to him as a gift.

He also sampled Afghan tea, taken mixed with honey, and spoke to participants in an employability programme led by the charity Resurgo, asking them about their languages and qualifications and what work they wanted to do in Britain. “We just need a bit more polish,” one told him.

Addressing attendees afterwards, Prince Charles said: “I know so many of you already have qualifications, training in your own countries, and we have enormous skills shortages in this country, where so much of what you can do could be of enormous benefit to it.”

He recalled his own visits to Afghanistan, Iran, and Iraq, and lamented the “terrifying wars and conflicts” compounding the threats of climate change and biodiversity loss.

“We should all be collaborating together to solve these immense problems,” he said. “With people like yourselves to help in the future, there is a chance, perhaps.”

The event had more than 100 attendees, who had not been told of the prince’s visit in advance. He was received by the Revd Nicky Gumbel, the vicar of Holy Trinity Brompton, and the Revd Dave Matthews, the associate vicar of St Luke’s.

The prince praised the churches and charities providing support in Britain and across the world, “all providing selfless service under the most challenging, dangerous conditions”.

“I keep praying for you. There are so many people wanting to help you and I hope you feel welcome,” he concluded

Catholic news The Prince of Wales refugees and migrants