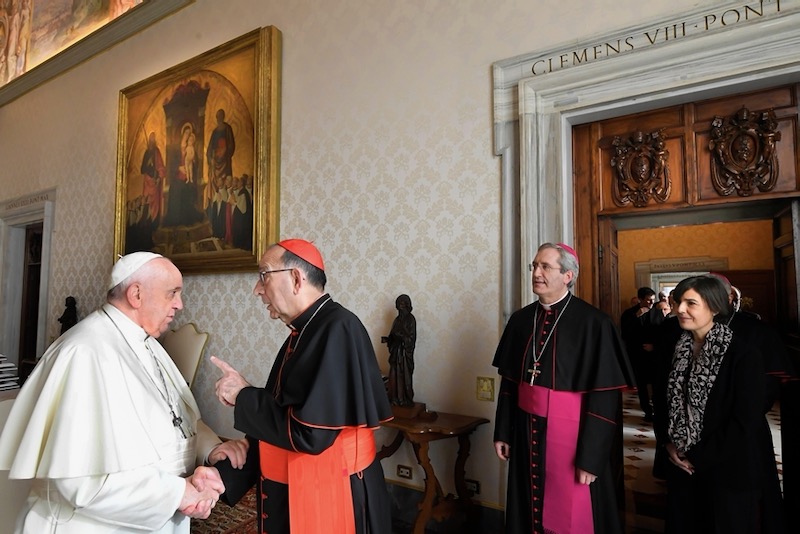 Joining the Ash Wednesday Day of Prayer for Peace, Cafod urged supporters to join in helping the people of Ukraine.

People are finding hope in their faith in Ukraine as well as strength in resistance. Psalm 31 (‘I hear many enemies whispering; terror is all around me….But my trust is in you, O Lord’) has become ‘the key scripture for all Ukrainian people’ according to Bible Society’s man in Lviv, Rostyslav Stasyuk, who has shared this incredibly moving video of people reading Psalm 31 in bunkers and air raid shelters.

Cafod is the latest Catholic charity to launch a humanitarian appeal for Ukraine. Depaul, Sciaf and ACN are already engaged in helping the many thousands of people suffering the consequences of the Russian invasion.

Joining the Ash Wednesday Day of Prayer for Peace announced by Pope Francis, Cafod urged supporters to join in helping the people of Ukraine.

Cafod is part of one of the largest aid networks in the world – Caritas Internationalis – and Cafod’s sister agencies Caritas Ukraine and Caritas Spes are already assisting people affected by the conflict, alongside Caritas agencies in countries neighbouring Ukraine.

Pope Francis has declared Ash Wednesday a Day of Prayer and Fasting for Peace in Ukraine “in order to be near to the suffering Ukrainian people, to be aware that we are all brothers and sisters, and to implore God for an end to the war”.

He has also called for political leaders to make "a great examination of conscience before God, who is the God of peace and not of war".

Since Russian armed forces began their attacks on 24 February, hundreds of people have been killed and more than 500,000 people have fled the country.

Fears are growing of increased bombing of Kyiv and other major cities, and last night a Caritas Spes shelter in Kharkiv was hit by shelling while families sheltered on a lower floor of the building.

Rhea Tariq, Cafod’s head of humanitarian response, said: “We have all been shocked by the rapid escalation of violence in Ukraine. As part of one of the largest aid networks in the world – Caritas Internationalis, our local Ukrainian aid workers and volunteers are on the ground and already responding. They are part of the communities they work with and understand people’s immediate needs. As one Caritas, we stand united with them.”

“Donations to our Ukraine Humanitarian Appeal will go directly to our local Caritas aid workers who are providing vital humanitarian aid and safe spaces for thousands of Ukrainian civilians caught up in this terrible fighting.”

“We are in awe of the love, generosity and courage shown by our Caritas colleagues and volunteers working day and night to help the most vulnerable people affected by the conflict in Ukraine. As we begin our Lenten journey, we are asking our supporters to join us and Pope Francis in praying for peace in Ukraine.

“We are also asking them to write to the Foreign and Home Secretaries to call for safe and legal routes for refugees and a peaceful solution to this dreadful conflict.”