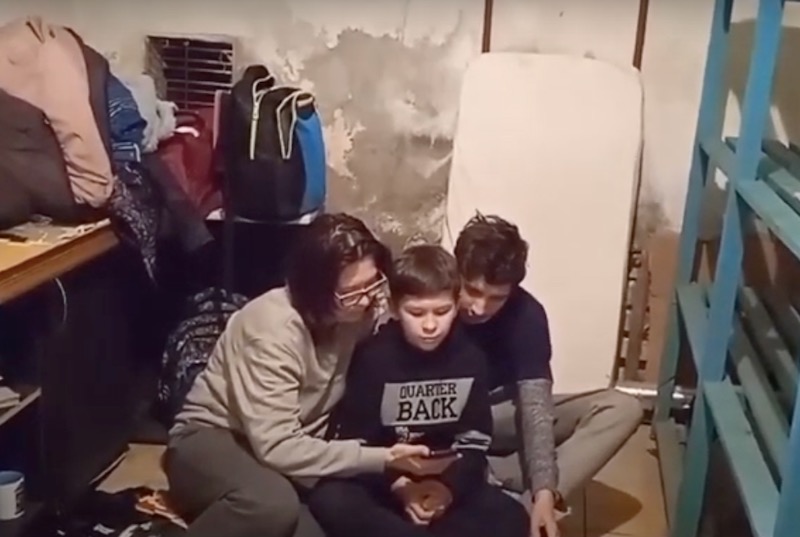 Prince of Wales pledges support on visit to Ukrainian cathedral

“We understand that these are only the first days of a terrible war, that like a terrible dream has enwrapped our society.” 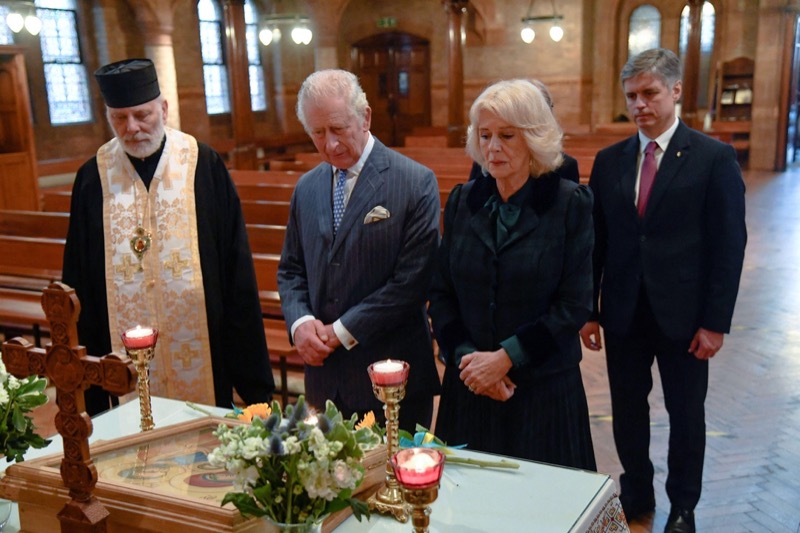 The Prince of Wales promised support for Ukrainian refugees from his charities on a visit to the Ukrainian Greek Catholic Cathedral in London.
PA/Alamy

The Disasters Emergency Committee launched an humanitarian appeal today for Ukrainian refugees, which the government has promised to match up to £20 million. Cafod has joined the appeal, having already committed £100,000 to its Caritas Internationalis partners in Ukraine and bordering countries.

More than one million people are believed to have fled Ukraine since last week.

Caritas-Spes Ukraine reported that one of its shelters in Kharkiv was hit by shelling on Tuesday. Its director, Fr Vyacheslav Grynevych, said that thirty-seven people were sheltering in his church in Kyiv, along with their pets – “so we have a little zoo”.

“We understand that these are only the first days of a terrible war, that like a terrible dream has enwrapped our society,” he said.

It came as, on Wednesday, the Prince of Wales promised support for Ukrainian refugees from his charities on a visit to the Ukrainian Greek Catholic Cathedral in London.

Prince Charles and the Duchess of Cornwall joined the Ukrainian ambassador Vadym Prystaiko and representatives from the British Red Cross, World Jewish Relief, the International Rescue Committee, and other charities at the Cathedral of the Holy Family in Mayfair.  They spoke to volunteers, clergy, and children from the cathedral’s Sunday school.

Speaking after the visit, Bishop Kenneth Nowakowski expressed his gratitude for the show of support and encouraged UK citizens “to donate funds to reputable organisations providing aid, and to keep talking about this and stay informed”.

Dr Olesya Khromeychuk, the director of the Ukrainian Institute in London, said that demonstrations of international solidarity were important. She said that “Ukraine fatigue” set in after the Russian annexation of Crimea on 2014, despite continued fighting in the east of the country, in which her own brother was killed. It was now vital to counter “Kremlin narratives” – “disinformation is a weapon of war,” she said.

Asked what measures she wanted from the UK government, Dr Khromeychuk demanded the lifting of visa restrictions on refugees, calling the suggestion that they were a security threat “very upsetting” when London harboured Russian oligarchs “who are a real security threat”.

Bishop Nowakowski made no comment on the Russian Orthodox Patriarch Kirill, who on Sunday condemned “the evil forces that have always strived against the unity of Rus’ and the Russian Church”, but did point towards the Moscow-aligned Orthodox bishops in Ukraine who have directed their priests to stop praying for Kirill in the liturgy.

Earlier, Rowan Williams, the former Archbishop of Canterbury and scholar of Russian Orthodox spirituality, had urged Kirill to use his influence to broker a ceasefire.

Asked how he would address the Patriarch, Lord Williams said: “It is your people who are being killed. It’s not foreigners, it’s not strangers, it is your people. How do you make sense of that? What are we going to do about it? I would want him to make a statement pressing for a ceasefire – immediately.”

Bishop Nowakowski emphasised the importance of churches as places of prayer and shelter during the fighting. Today the Ukrainian president, Volodymyr Zelenskiy, referenced his country’s religious faith in the face of attacks.

In a video released this morning, President Zelenskiy warned Moscow: “Even if you destroy all our Ukrainian cathedrals and churches, you will not destroy our faith, our sincere belief in Ukraine and God, belief in people.”